“The assignment in El Salvador offered me a unique opportunity to work closely with indigenous people who share many of the same challenges of the American Indians, Alaska Natives and Pacific Islanders who have been the focus of my professional career. The wonderful spirit of the people I met, their joy in everyday life and their willingness to work through their challenges and develop solutions is inspiring. I enjoyed visiting their villages, sharing meals, and learning and seeing how they adapt to their natural environment. In this regard, I shared their joy and sense of purpose. Professionally, I was able to share past experiences with them, and speaking and working with them offered me a great opportunity to gain new experiences that will be useful when working with indigenous people in the future.” 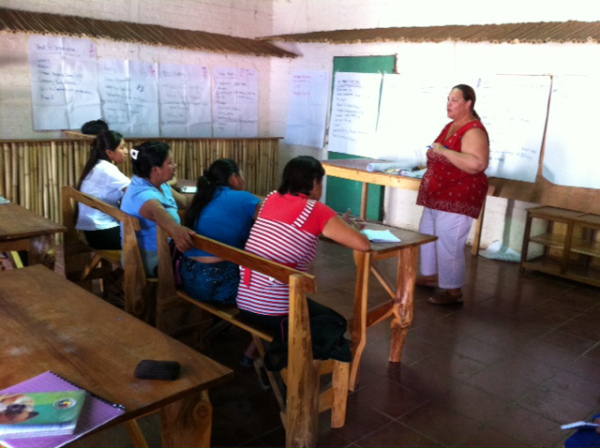 Dr. Kurt Rosentrater from Iowa State University recently volunteered for us in Bangladesh. Upon his return, he shared his thoughts on how this trip impacted him personally:

“This type of assignment is very meaningful for me. In my career I have designed many feedmills, and currently have an active research program in feed ingredient processing and animal growth performance. Now I have been able to transfer much of this information to users in Bangladesh, where there is great potential to feed large numbers of people. To me, that is real and meaningful impact.”

[You have indeed made a difference, Dr. Rosentrater. Thank you!]

From Kenya to Arkansas

Winrock Farmer-to-Farmer staff Bonface Kaberia came to the US (from Kenya) for a couple of weeks to work at Winrock’s headquarters office in Arkansas. While he was in Arkansas, Bonface had a chance to visit a former volunteer who supported the Partnership for Safe Poultry program that Bonface previously managed in Kenya. He had a wonderful time touring the Arkansas countryside and visiting the University of Arkansas and private farms; much of this made him reflect on the agriculture/poultry sector in his home country.

Read below for Bonface’s impressions from his trip

“On the evening of my second day in US, I had the opportunity to sightsee in the beautiful Arkansas country side as VTA staff Johnnie Frueauff played a tour guide role as we drove to Fayetteville. The trip took us three hours including a dinner stop over along the way. We spent the night in Fayetteville and in the morning drove to University of Arkansas. We were met by John Moyle, a one time volunteer to the Partnership for Safe Poultry in Kenya program. Both John and I were excited to re-unite after one year and replayed back memories of the visit and the work he did for us. John had such good memories of his visit to western Kenya and groups he helped during the visit. After such exchanges and review of memories, John took us to visit the poultry science department at the University. The nicely built department exuded an atmosphere of a centre of excellence for poultry as we walked through various laboratories and facilities. I could not help thinking when such a centre could be built in Kenya and whether there could be opportunities for the department to collaborate with African institutions.

John took us for a tour of the animal science department where we met the head of department, Prof Michael Looper, a very charming and lively gentleman. He gave us an overview of the department. The department has been involved heavily in small ruminant research. Johnnie discussed with Michael the potential for involving department staff in volunteer assignments if opportunities arise.

We proceeded to visit the breeding and hatchery station where we were met by Prof Keith Bramwell. As he took us through the hatchery and breeding pens, his explanations and enthusiasm of his work reflected and reverberated with the atmosphere earlier exuded by the department as a centre of excellence. I could not help being infected by his enthusiasm, wealth of knowledge and experience in poultry breeding as we walked through. At some point I almost thought this is where I am supposed to be or this is the type of person we need for poultry sector development in Kenya. In his breeding station, Prof Bramwell had various breeds of birds that I have never seen, including a ‘naked bird’. It was an amazing visit. He also works with 4H students and uses the various birds to cultivate interest for students to get involved in poultry.

John took us out of the University to visit one free range farmer they were working with. After thirty minutes or so drive, we drove into a grassland farm that would disguise as deserted only to realise otherwise. We were met by the owner Terrell Spencer. He took us to a type of caravan which is a moveable chicken house. Outside the house were free range birds scavenging for food and protected from going far by an electrical wire powered by solar panel. He explained the rearing process all the way to marketing. What was striking to me was the land features which were very similar to what one would find in semi-arid lands of Kenya and most African countries. This was rangeland with grass. As Spencer demonstrated various activities on the farm and how he moves the pens from time to time, I could not help thinking the appropriateness of the technology in not only enhancing climate change resilience in lower parts of Eastern province in Kenya but also increasing household incomes and providing better land use for this drought prone areas as chicken baskets for the country. I sought to discuss this with Spencer and the team. Spencer informed us that they have goat specialists. They usually combine goats and the birds by putting goats to fertilise the land. They also grow some type of natural weeds for purposes of deworming goats. From my knowledge, goats and chicken are the last species to be affected by severe drought. What a combination of technology?

We exchanged contacts and proceeded to a local restaurant where we were served with most delicious chicken I have ever had. Thereafter we drove back to Little Rock.” –Bonface Kaberia

[We are so glad you enjoyed your visit, Bonface! Thank you to Jonathan Moyle -an excellent volunteer- for hosting Bonface on his visit! It’s nice to see relationships with volunteers deepen over time.]