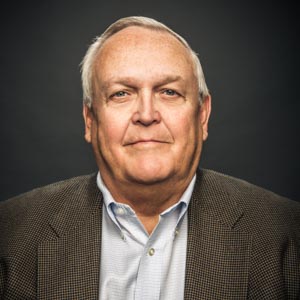 Earl E. Devaney, president of The Devaney Group, provides strategic advice to a wide variety of companies seeking to establish, mature and expand business with the federal government. Devaney is recognized for wide-ranging start-up and turnaround expertise within the complexity of government. In 2009, President Obama named Devaney chairman of the Recovery and Transparency Board (RATB), where he oversaw the expenditure of $840 billion in stimulus funds. In announcing his appointment, the president said, “I can’t think of any more tenacious and efficient guardian of the hard-earned tax dollars the American people have entrusted us to wisely invest.” In 1999, Devaney was appointed as the inspector general for the Department of the Interior by President Clinton. During his tenure, he led the public corruption investigations, resulting in the convictions of Washington lobbyist Jack Abramoff and the Department’s Deputy Secretary and presided over the oil and gas investigations that engulfed the Mineral Management Service. Prior to this, he was the director of the Office of Criminal Enforcement, Forensics and Training for the Environmental Protection Agency for nine years. Devaney spent the first 20 years of his career with the Secret Service serving in locations throughout the United States and abroad. When he retired, he was the service’s foremost expert on fraud and special agent-in-charge of the Fraud Division. Devaney holds a bachelor’s degree from Franklin & Marshall College in Lancaster, Pa. He graduated from the prestigious Leadership Coaching Program at Georgetown University, the Executive Development Program at George Washington University, and two executive management programs at the Kennedy School of Government, Harvard University. In 2011, he was elected a fellow of the National Academy of Public Administration. Currently, he serves on a variety of corporate and nonprofit boards.