Working hand in hand with families, communities & nations so children can thrive in school 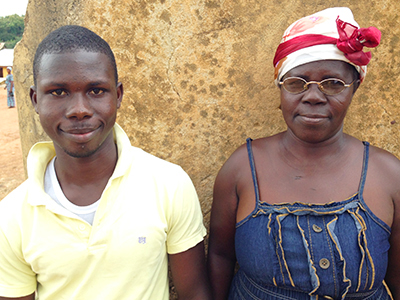 For more than two decades, Winrock has been a leader in creating educational opportunities for children and youth, especially girls and boys at the margins of society.

Our programs offer a variety of support — scholarships, mentoring, life skills training, literacy and numeracy training, community support, and policy advocacy. Where children and youth are out of school, we work on multiple levels to ensure that children can be safely withdrawn from child labor, human trafficking, commercial sexual exploitation, and other forms of abuse.

For example, Winrock’s Raising Family Income and Supporting Education (RISE) program empowers women and promotes education by pairing business training, loans, and grants for mothers with educational support for primary school students. The premise for these programs is simple: in exchange for receiving a business loan or grant, mothers must keep their children in school.

As one community member in Côte D’Ivoire noted, “Last year, only four children in our village passed to middle school. This year, 17 passed, thanks to the scholarship and microcredit. The number one child in the whole village was a scholarship recipient.”

At the community level, Winrock helps create and support watchdog groups such as Child Labor Monitoring Committees (CLMCs), which report on the withdrawal of children from child labor, while monitoring them to ensure they stay in school. These groups also provide mentoring support to children and lead awareness-raising activities in their communities, particularly regarding the worst forms of child labor and the importance of education. 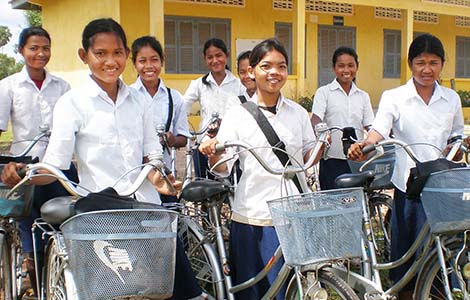 In Cambodia, Winrock’s U.S. Department of Labor-funded CHES program established or strengthened CLMCs in 160 villages to monitor children at risk or engaged in child labor. The target group included girls aged 12-14, the transition period from primary to secondary school, when girls are particularly vulnerable to dropping out and migrating to work in garment factories in Phnom Penh. There they face unpleasant or abusive working conditions and – if fired or laid off – are at risk of being trafficked for commercial sexual exploitation.

At the national level, Winrock provides support to governments to pass laws and strengthen policies that criminalize actions that are abusive to children and negatively affect their ability to access education. When we began implementing our USAID-funded anti-trafficking program in Bangladesh in 2008, the national law against human trafficking only included women and girls, even though boys and young men were also being kept from school and trafficked for bonded labor, organized begging, farm and factory work, and commercial sexual exploitation. Winrock helped shape a new, more inclusive anti-trafficking law in 2011, and led the drafting of two subsequent National Plans of Action, which set concrete objectives, timelines, and roles and responsibilities to implement the law.

Through these high-level policy changes, children and youth in Bangladesh now have a legal framework of protection, mechanisms to prosecute their traffickers, and access to resources that they can use to complete their education.

Read more from South Sudan in the second blog.