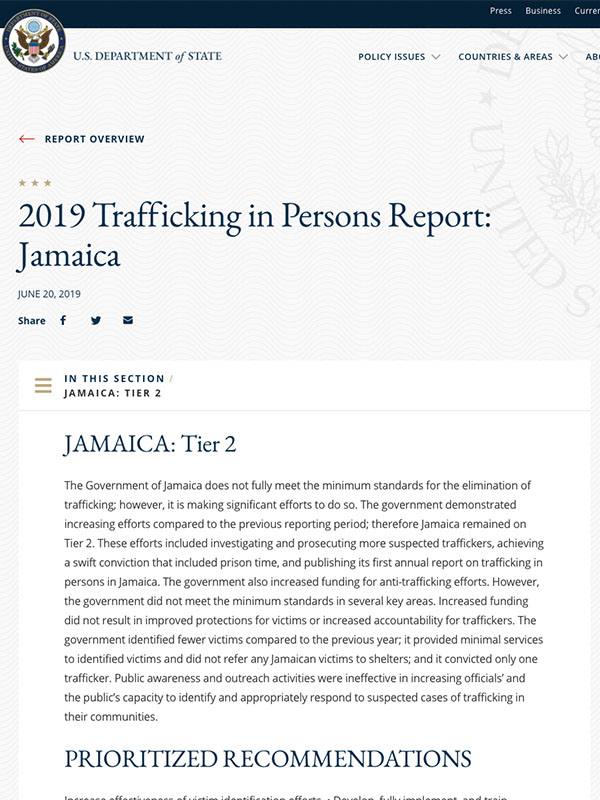 The Government of Jamaica does not fully meet the minimum standards for the elimination of trafficking; however, it is making significant efforts to do so. The government demonstrated increasing efforts compared to the previous reporting period; therefore Jamaica remained on Tier 2. These efforts included investigating and prosecuting more suspected traffickers, achieving a swift conviction that included prison time, and publishing its first annual report on trafficking in persons in Jamaica. The government also increased funding for anti-trafficking efforts. However, the government did not meet the minimum standards in several key areas. Increased funding did not result in improved protections for victims or increased accountability for traffickers. The government identified fewer victims compared to the previous year; it provided minimal services to identified victims and did not refer any Jamaican victims to shelters; and it convicted only one trafficker. Public awareness and outreach activities were ineffective in increasing officials’ and the public’s capacity to identify and appropriately respond to suspected cases of trafficking in their communities.