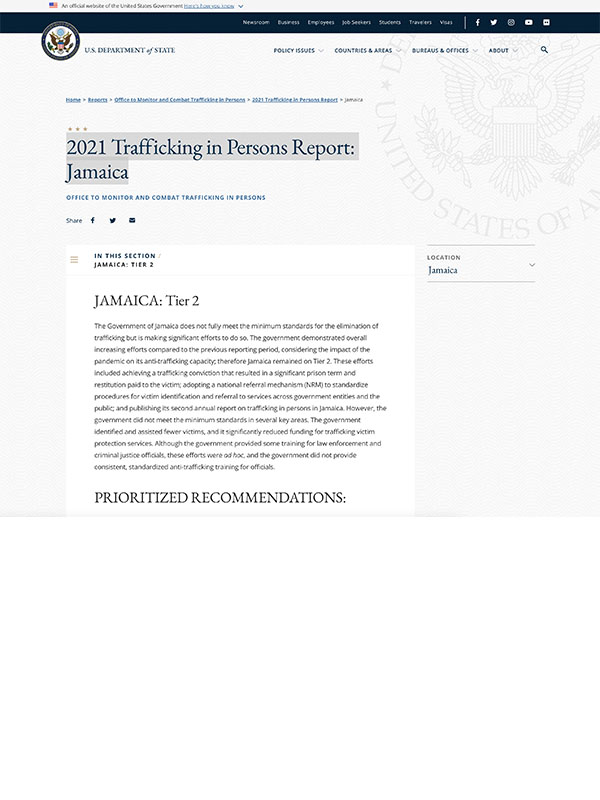 The Government of Jamaica does not fully meet the minimum standards for the elimination of trafficking but is making significant efforts to do so. The government demonstrated overall increasing efforts compared to the previous reporting period, considering the impact of the pandemic on its anti-trafficking capacity; therefore Jamaica remained on Tier 2. These efforts included achieving a trafficking conviction that resulted in a significant prison term and restitution paid to the victim; adopting a national referral mechanism (NRM) to standardize procedures for victim identification and referral to services across government entities and the public; and publishing its second annual report on trafficking in persons in Jamaica. However, the government did not meet the minimum standards in several key areas. The government identified and assisted fewer victims, and it significantly reduced funding for trafficking victim protection services. Although the government provided some training for law enforcement and criminal justice officials, these efforts were ad hoc, and the government did not provide consistent, standardized anti-trafficking training for officials.