Cambodia REDD+ Roadmap: Development of a Reference Scenario and Design of a Monitoring System 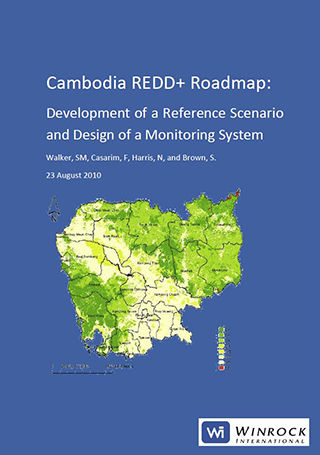 Cambodia has one of the highest forest coverage in South East Asia, with approximately 10.7 million hectares or roughly 60% of the national territory . The extent of Cambodian forests are significantly declining due to land use change, forest degradation through logging, forest fires, land-grabbing and encroachment of agriculture. The land use change is considered relatively high, with 379,485 hectares of forest cleared between 2002 and 2005/6, equivalent to a deforestation rate of 0.8% per year. As a consequence Cambodia can be considered to be a ‘high forest cover, high deforestation’ country for the purposes of REDD.