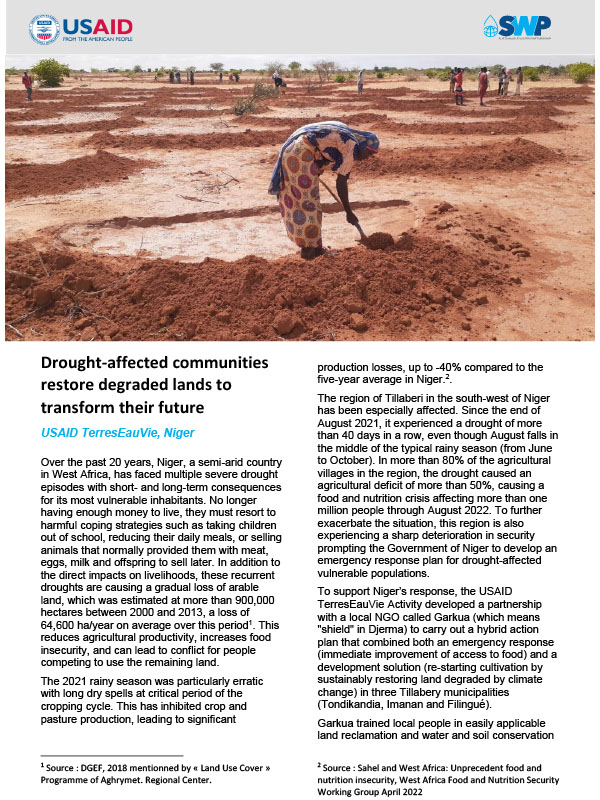 Over the past 20 years, Niger, a semi-arid country in West Africa, has faced multiple severe drought episodes with short- and long-term consequences for its most vulnerable inhabitants. No longer having enough money to live, they must resort to harmful coping strategies such as taking children out of school, reducing their daily meals, or selling animals that normally provided them with meat, eggs, milk and offspring to sell later. In addition to the direct impacts on livelihoods, these recurrent droughts are causing a gradual loss of arable land, which was estimated at more than 900,000 hectares between 2000 and 2013, a loss of 64,600 ha/year on average over this period1. This reduces agricultural productivity, increases food insecurity, and can lead to conflict for people competing to use the remaining land.