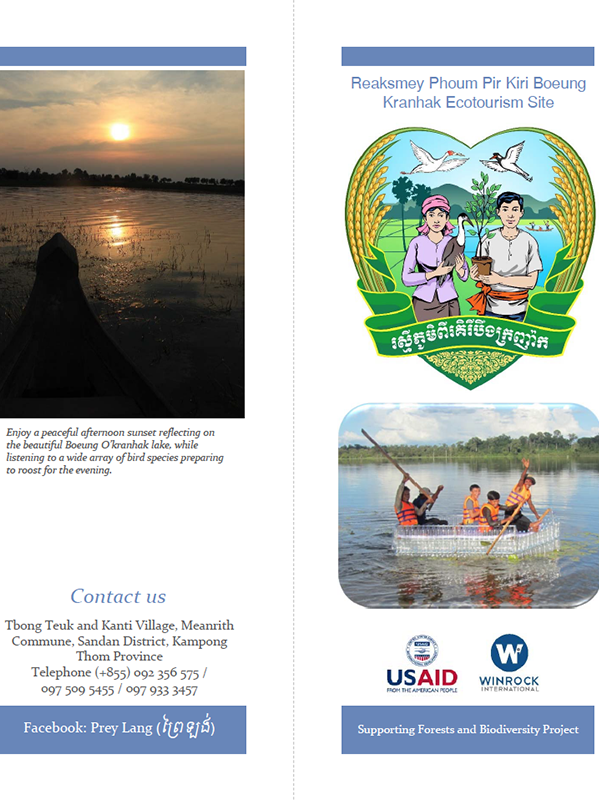 The Community‐Based Ecotourism Site, Reasmey Phum Pir Kiri Boeung Kranhak, was established in 2014 and officially recognized by the Kampong Thom Provincial Governor on October 2, 2015. It lies within two officially‐designated community forests and consists of a beautiful natural lake surrounded by forest on the eastern shore, and covers an area of 193 ha.