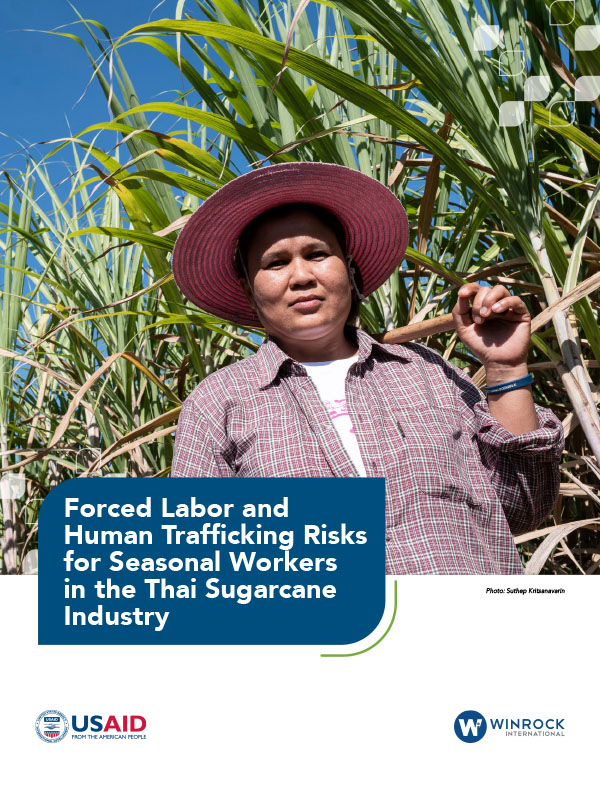 Thailand is susceptible to multiple manifestations of forced labor (FL) and trafficking in persons (TIP), including in its low-paid sugarcane industry, which relies primarily on seasonal labor—both Thai and foreign. Specific challenges exist, including a lack of regulation/enforcement and labor relations issues. In order to strategically address the barriers to combating TIP in Thailand, the United States Agency for International Development (USAID) introduced the Counter Trafficking in Persons (CTIP) Project, to reduce TIP and better protect the rights of trafficked persons in the country. The USAID Thailand CTIP project works through reducing demand and incentives for using trafficked labor, empowering at-risk populations to safeguard their rights, and strengthening protection systems for survivors. As an effort to conduct this work in the country, Winrock International in Thailand was awarded the USAID Thailand CTIP program in 2017.