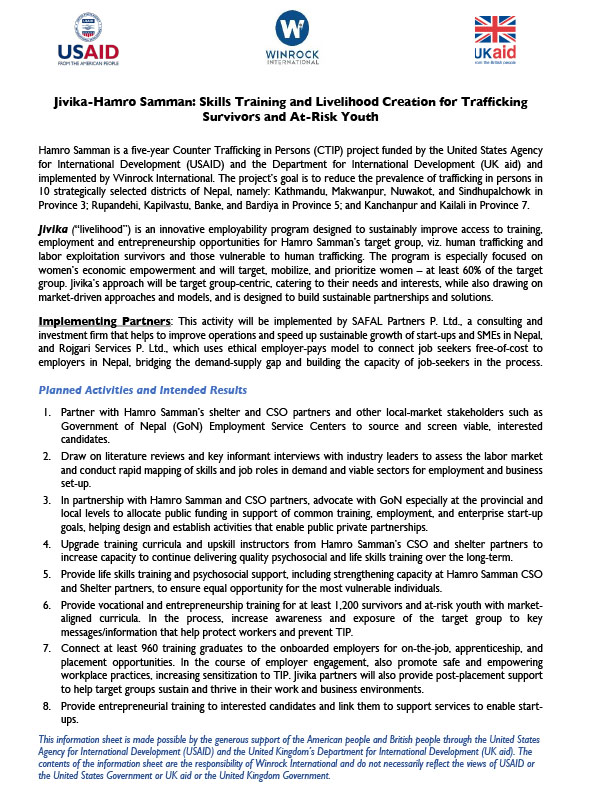 Hamro Samman is a five-year Counter Trafficking in Persons (CTIP) project funded by the United States Agency for International Development (USAID) and the Department for International Development (UK aid) and implemented by Winrock International. The project’s goal is to reduce the prevalence of trafficking in persons in 10 strategically selected districts of Nepal, namely: Kathmandu, Makwanpur, Nuwakot, and Sindhupalchowk in Province 3; Rupandehi, Kapilvastu, Banke, and Bardiya in Province 5; and Kanchanpur and Kailali in Province 7.