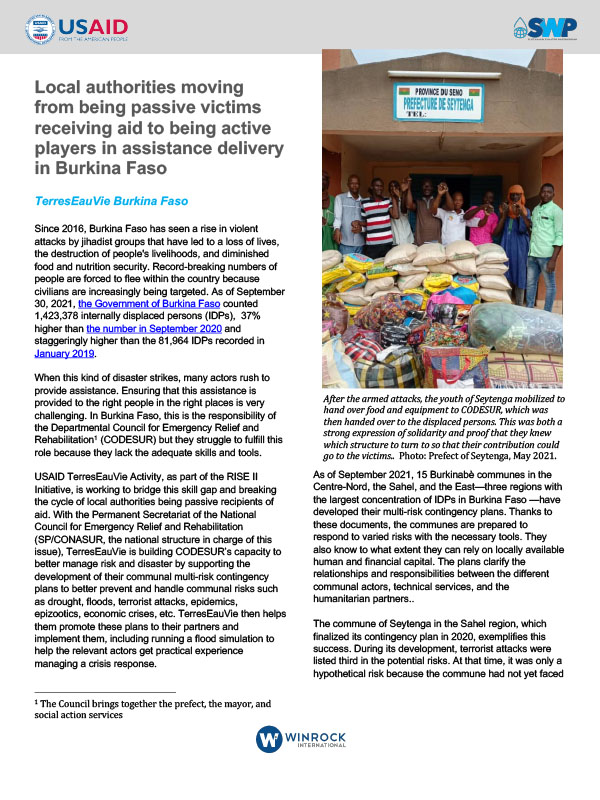 Since 2016, Burkina Faso has seen a rise in violent attacks by jihadist groups that have led to a loss of lives, the destruction of people’s livelihoods, and diminished food and nutrition security. Record-breaking numbers of people are forced to flee within the country because civilians are increasingly being targeted. As of September 30, 2021, the Government of Burkina Faso counted 1,423,378 internally displaced persons (IDPs), 37% higher than the number in September 2020 and staggeringly higher than the 81,964 IDPs recorded in January 2019.