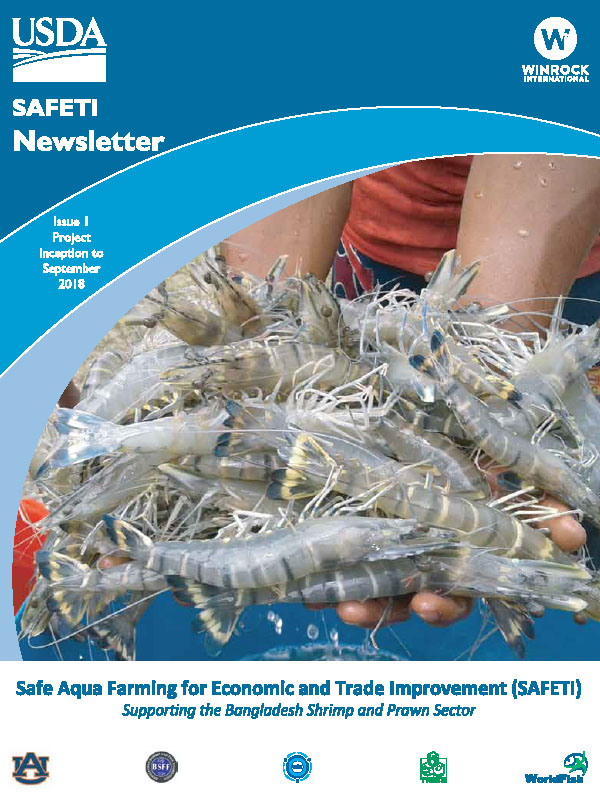 Aquaculture plays a central role in nutrition and livelihood for more than 12 million people in Bangladesh. Bangladesh has been very successful in expanding freshwater aquaculture, with an average growth rate of 8.1 percent per annum for the period 2000-17, and a current annual production of more than two million tonnes of aquaculture products from ponds and stocked water bodies. This is one of the Government of Bangladesh’s great accomplishments. However, during the same period, the production of shrimp (primarily the black tiger shrimp Penaeus monodon know locally as Bagda) and prawn (primarily the giant freshwater Macrobrachium rosenbergii known locally as Golda) has not shown the same growth.