Situational Assessment of Labor Migrants in Asia: Needs and Knowledge During COVID-19 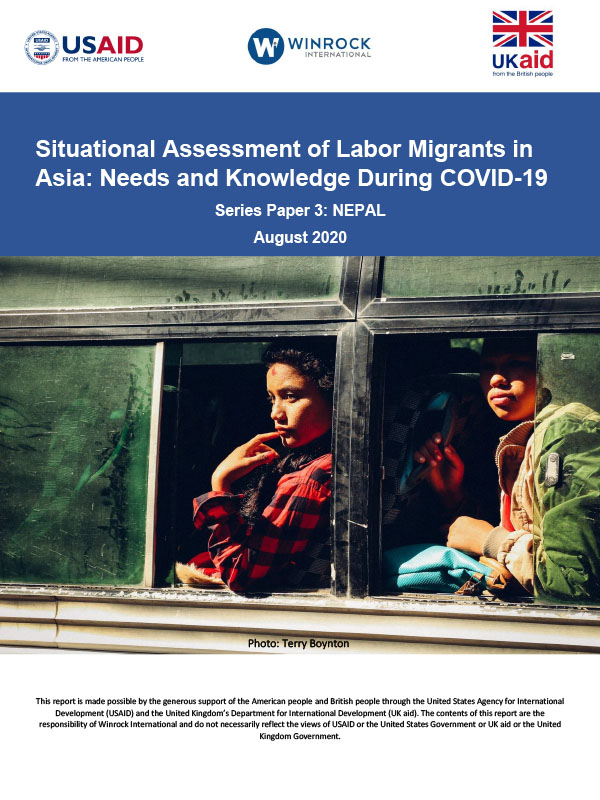 Half a million Nepali migrants are estimated to have lost jobs abroad due to the Covid-19 pandemic.1 The government of Nepal shut the country’s borders in late March to both its own citizens and foreigners alike, leaving migrants stuck and largely unemployed in dozens of countries. In India, where over two million Nepalis migrate for work, thousands attempted to cross the border on foot as severe lockdowns left migrant workers in desperate situations.2 Nepal’s borders will remain closed until mid-August, but in June the Nepali government started working with popular destination countries such as Kuwait to repatriate workers. In late June, it was estimated over 25,000 Nepali workers were repatriated from across the world.