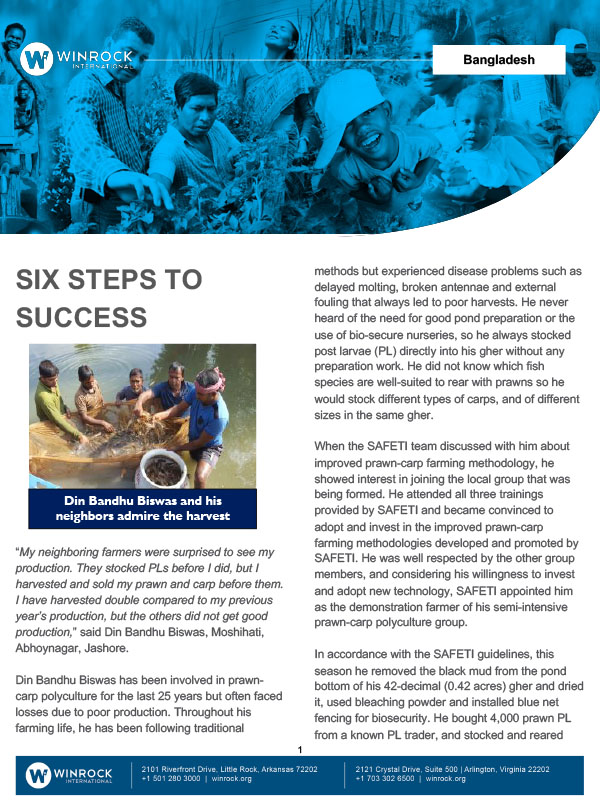 “My neighboring farmers were surprised to see my production. They stocked PLs before I did, but I harvested and sold my prawn and carp before them. I have harvested double compared to my previous year’s production, but the others did not get good production,” said Din Bandhu Biswas, Moshihati, Abhoynagar, Jashore. Din Bandhu Biswas has been involved in prawncarp polyculture for the last 25 years but often faced losses due to poor production. Throughout his farming life, he has been following traditional methods but experienced disease problems such as delayed molting, broken antennae and external fouling that always led to poor harvests. He never heard of the need for good pond preparation or the use of bio-secure nurseries, so he always stocked post larvae (PL) directly into his gher without any preparation work. He did not know which fish species are well-suited to rear with prawns so he would stock different types of carps, and of different sizes in the same gher.