NFTA 85-02, May 1985
A quick guide to useful nitrogen fixing trees from around the world

“Black wattle” is the common name of this respected Australian leguminous tree, Acacia mearnsii de Wild. The Australians dubbed the Acacia spp. “wattles” for their utility in providing the flexible framework (“wattle” or “hurdle”) for fences or houses.

A. mearnsii now occurs worldwide and is used as source of tannin, fuelwood, charcoal, poles, props, green manure and windbreaks. In Australia it ranges widely from hot Queensland south to cool Tasmania and up to elevations of 1100 m. Introduced to Africa early this century, it became widely distributed naturally and in tannin plantations.

The black wattle is one of the outstanding NFTrees for the cooler tropics. It is moderately frost tolerant and vigorous at high elevations in India and East Africa. Height growth was over 10 m in 3 years at 2000 m in Kenya with mean annual temperature of 13-17C (Schonau, 1973). 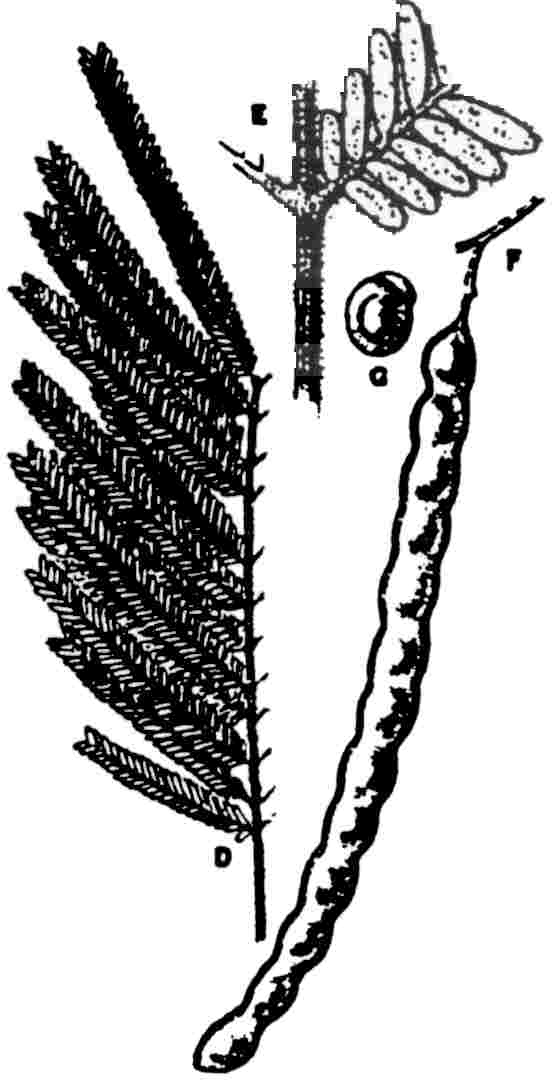 Originally distributed as a source of tannin, black wattle is now recognized as a valuable fuelwood. The wood has a calorific value (dry) of 4600 kcal/kg and ash content of about 1.5%. It is dense, with specific gravity about 0.75, and yields a high-quality charcoal (NAS, 1980).

Wattle bark is the most widely used tannin material in the world. It contains 30-45% (dry basis) high-quality tannins that are used in tanning many classes of leather. Such tannins are particularly effective on hard leathers for shoes and saddles. They give better color to leather than other tannins, do not precipitate in acid solution, and penetrate hides faster (Purseglove, 1968; NAS,1980).

An efficient nitrogen-fixer and good source of green manure, black wattle has given annual yields up to 250 kg/ha of fixed nitrogen (Wiersum, 1980). It thus can restore and regenerate soils. Wattles grow well even on slopes with shallow or poor acid soils, and can be very effective in preventing soil erosion.

Wattles grow to 20 m, and are erect with blackish bark and feathery foliage. Twigs are angled, young foliage yellowish, flowers clustered, yellow and sweet in scent. They grow rapidly, e.g., over 8 m in 2 years on a site with 22C average annual temperature (MacDicken, 1983). Annual yields of 15-25 m are reported from 6-10 year rotations (NAS, 1980).

Wattles are generally established using seedling transplants, although they are suited to direct seeding and vegetative propagation. Among seedling disease and insect pests are damping off, white grubs, grasshoppers and cutworms. Tannin plantations are established at 2,400 trees per hectare and thinned to 1,500 trees (Wattle Res. Inst., 1976)

Although black wattle survives on acid soils, it responded positively to lime up to pH6 and showed chlorosis and high mortality in alkaline soils (Schonau, 1971). Phosphorous response was very good.

An effective volume equation for trees 10-25 m in height and 5-25 cm in diameter at breast height was the following:

A. mearnsii is known in the literature also as A. mollissima auct. (non Willd) . and A. decurrens var. mollis Lindl. Dr. Mearns was an American physician and naturalist working in Africa early this century, from which the name derives; it was applied to trees introduced from Australia.