The Light of Opportunity in Indonesia 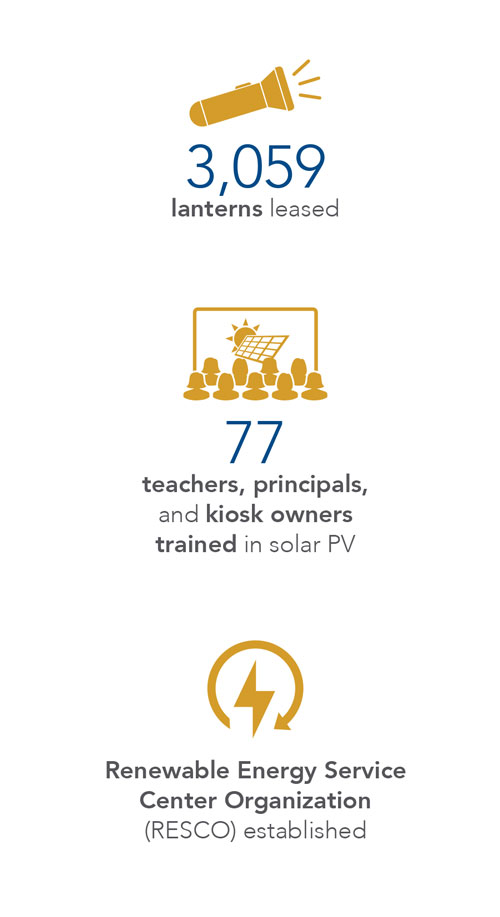 In so many ways, life has changed little on the rugged Indonesian island of Sumba. Like generations before them, Sumbanese men head to sea each morning in slender fishing boats, while women tend small gardens and, if they’re lucky, raise a pig. The importance of tradition is palpable among islanders, and impossible to miss in the steeply-pitched, “high hat” roofs adorning so many houses – visible reminders to reach to the sky, praise God and celebrate the divine.

Though Sumba is rich in tradition, it’s poor in many other ways – but schoolchildren wearing red-and-white uniforms hint of a potentially brighter, more sustainable future. Added to the books they tote to and from school are portable, solar-powered lanterns, which they use to illuminate their otherwise dark homes at night and recharge with the school’s solar panels during the bright days. It’s a big step toward improving energy access on Sumba – a challenge the island shares with much of the world. Indeed, the International Energy Agency estimates that 1.2 billion people – 16 percent of the world’s population – did not have access to electricity in 2016.

It’s all part of the Sumba Iconic Island Initiative, a collaboration between the Government of Indonesia, NGOs and international donors aimed at electrifying 95 percent of the island by 2025. Since 2010, Winrock has worked with Hivos International on renewable energy projects like the Kataka School, where solar panels powering laptops, phones and printers save teachers from long, bumpy car trips just to make copies of exams. The solar-powered lanterns also bring electricity directly into children’s homes, helping students study at night and allowing families to earn extra money by weaving the traditional blue and gold textiles known as ikats.

Already, the project has leased over 3,000 solar lanterns and trained nearly 100 educators in solar maintenance. This program, supported in part by the Millennium Challenge Corporation, will soon provide 25 additional schools across Sumba with photovoltaic panels and solar-powered lantern charging stations. This commercially viable distribution model will allow Sumbanese to replicate and scale up this system over time, long after the project ends. Each electrified school brings the island closer to its 2025 goal. Still, it’s a daunting challenge: only 25 percent of the island’s 650,000 people had electricity in 2010, and Sumba’s rugged terrain makes a traditional electric grid impractical.

Yet every beam of lantern light moves Sumba towards this goal, translating into a better future for children and their families. “The lanterns have changed the lives of local people,” says Kataka School Headmaster Yulius Wernek Bale. With more work and good fortune, this tale may, too, become another cherished part of Sumbanese lore.