It’s a long way from the glittering canyons of Manhattan to the cramped confines of a fishing vessel in Southeast Asia. But a new partnership between Winrock International and the nonprofit organization Concordia is about to make that distance shorter. The partnership, the Concordia Campaign Against Human Trafficking, was announced Tuesday, September 20, at the Concordia Summit, an annual global affairs forum in New York City that brings together heads of state, Fortune 50 executives and other thought leaders.

Winrock has been fighting human trafficking in the seafood industry for almost a decade through USAID’s Cambodia Trafficking in Persons project (CTIP). The project raises awareness and improves the livelihoods of those who might otherwise be lured into servitude on fishing vessels; it also provides repatriation and legal help for victims. The Concordia partnership will develop an industry-wide approach to the problem.

“This is an issue extremely close to our hearts. We have great ambitions for the campaign,” said Winrock President and CEO Rodney Ferguson, who led a three-hour session on labor trafficking at the Summit. “Concordia is the premier platform for public-private partnerships, and Winrock and Concordia together represent a formidable combination of thought leadership and implementation skills for tackling some of the world’s most pressing challenges. We look forward to a long and fruitful alliance.” 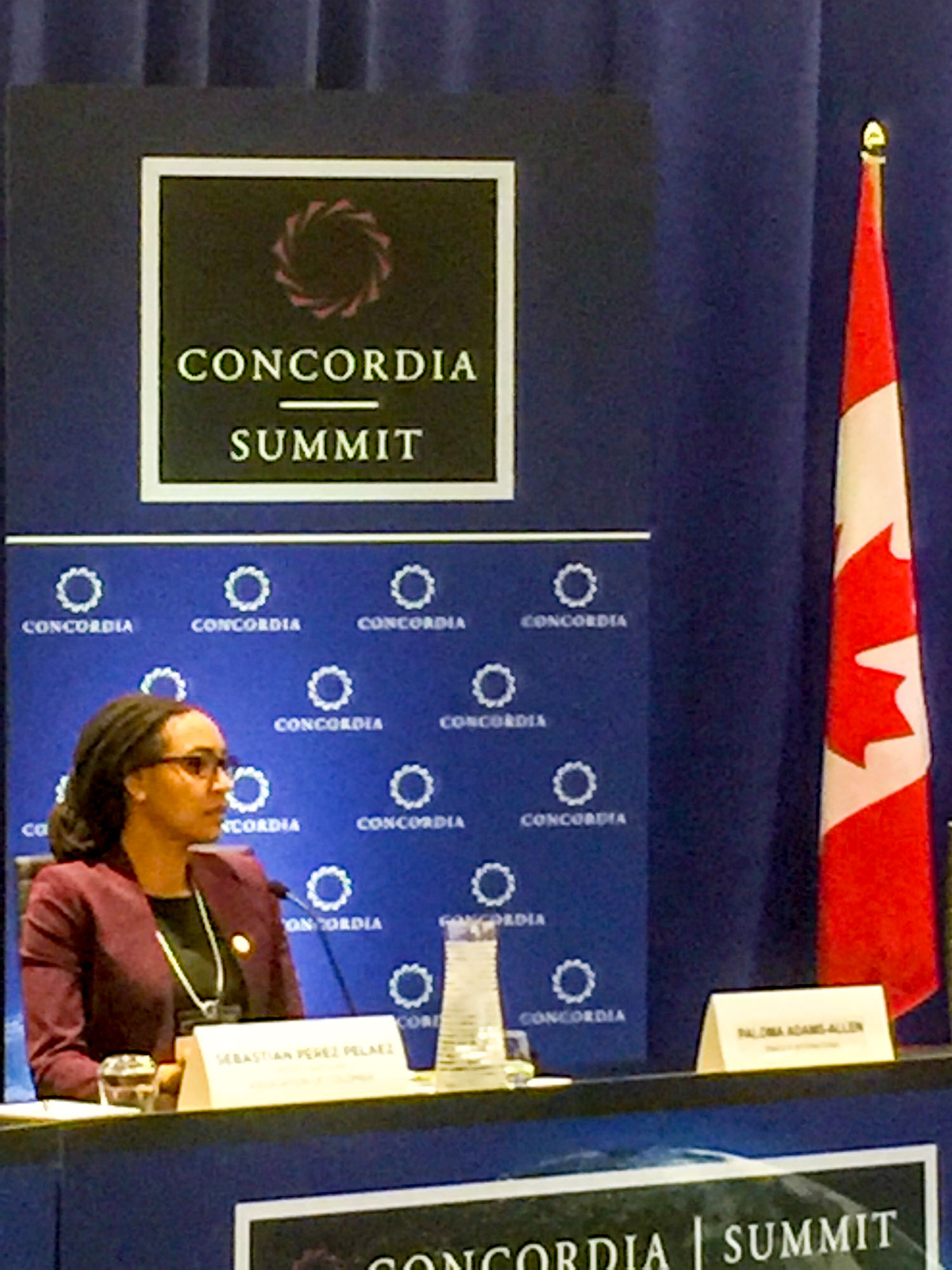 Concordia, a nonprofit that enables public-private partnerships, began as a convening organization, and the labor trafficking partnership is its first campaign, a two- to five-year initiative that focuses on making an impact on a pressing global issue. Winrock’s strong presence in the human trafficking area made it a natural for the collaboration.

“Our goal is to have partnerships in many different areas, but labor trafficking is our first, so in many ways it’s the most important,” said Nicholas Logothetis, co-founder and chairman of the board of Concordia.

In addition to the three-hour conversation on human trafficking, the Summit included sessions on everything from global cybersecurity to redefining philanthropy, and featured the likes of Warren Buffett, George Soros, Madeleine Albright, Tom Brokaw and other luminaries.

Other Winrock leaders took part in the Concordia Summit, too, including Senior Vice President of Programs Joyjit Deb Roy, who led a dialogue on developing a humane and sustainable global food supply; Director of Civic Engagement and Social Equity Katie Henke, who had a leadership role in the labor trafficking conversation; and Senior Director of Private Sector Partnerships Paloma Adams-Allen, who had a seat at the table in a discussion on corruption and governance in Latin America, a session that was conducted almost entirely in Spanish. 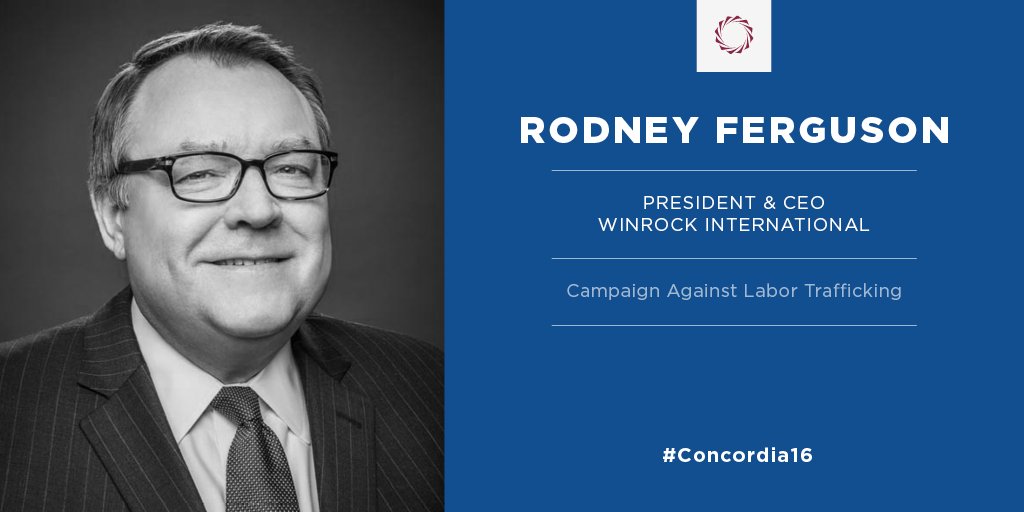 “It’s important for us to showcase our experts and leadership in settings that influence our business,” says Vice President of Business Development and External Affairs Christopher “Kiff” Gallagher Jr., who initiated the partnership between Winrock and Concordia. “Joining forces with Concordia puts Winrock at the leading edge of global development solutions.”

In an article about the Concordia Summit, Bloomberg Businessweek cited the Winrock partnership as proof that the event is more than just “talk-talk-talk.” Concordia founders would agree. “We looked at the issue of labor trafficking through the public-private partnership model, and we found that it could be a very powerful tool in helping multinational corporations purge their supply chains of slave labor,” says Matthew Swift, co-founder, chairman and CEO of Concordia. The organization prepared for this for years by building a “global community of people, global influencers, if you will …  people who get things done.”

Thrilled to announce a groundbreaking partnership! Winrock International & The Concordia Summit are joining forces in The Campaign Against Labor Trafficking. Check out the official announcement at Winrock.org to learn more about the purpose and unique approach of this strong public-private partnership. Together, we will address human rights and labor abuses in the fishing industry. “We can make progress against the virus of labor trafficking,” said Winrock President & CEO Rodney Ferguson during The Concordia Summit’s Strategic Dialogue on Labor Trafficking yesterday in New York. #Concordia16 #LaborTrafficking #HumanTrafficking #SupplyChain #SoutheastAsia #Asia #HumanRights #EndSlavery 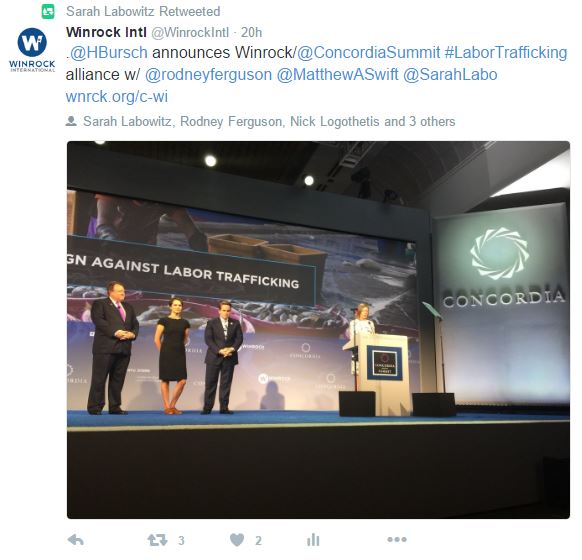 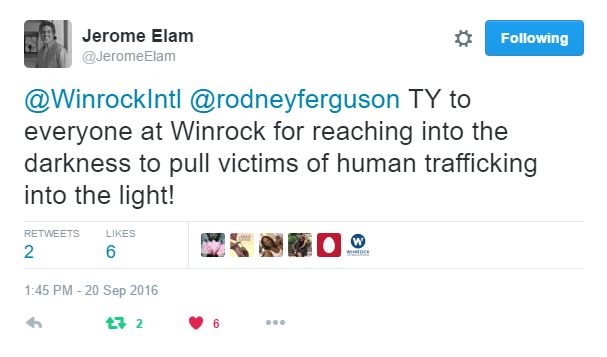 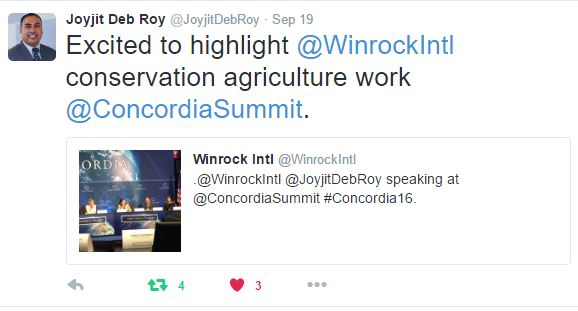 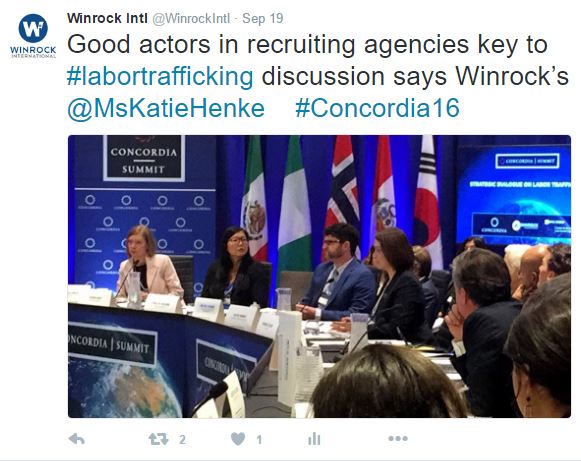 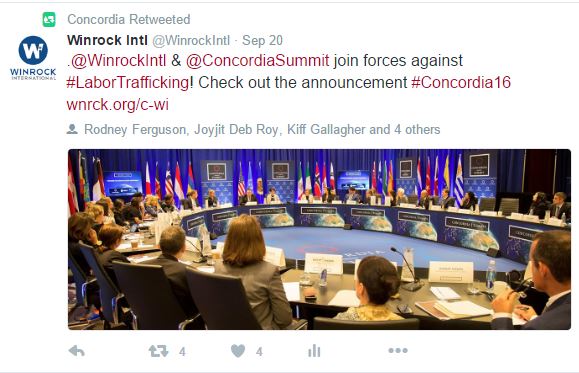 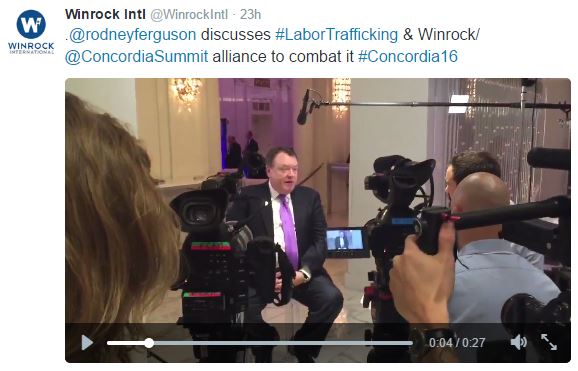 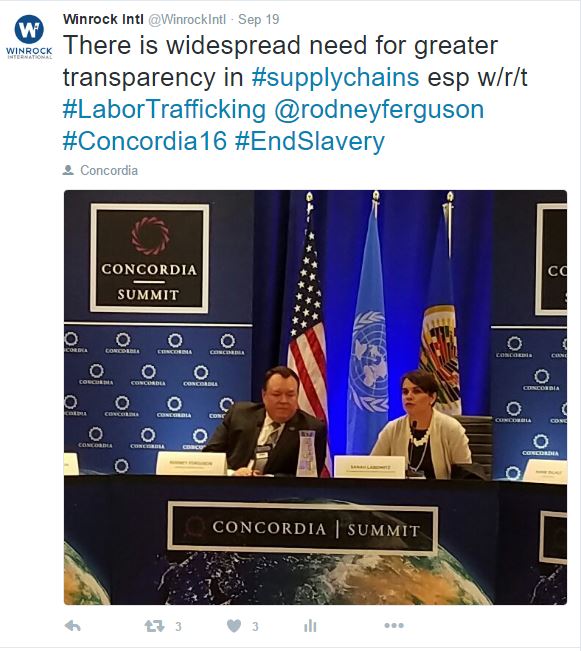 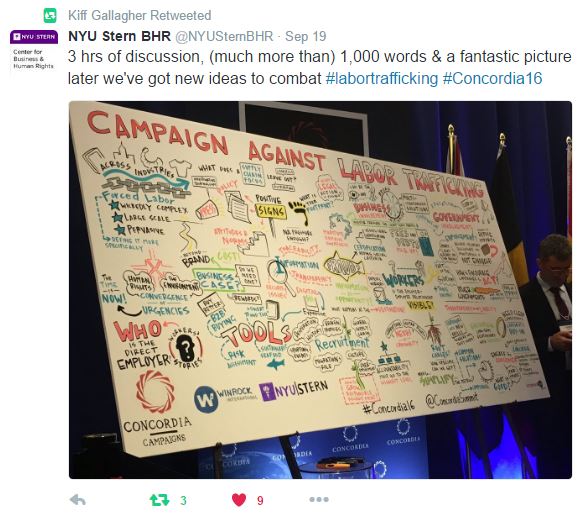