USAID and other donors have increasingly noted the importance of linking research and evidence-based practices to development programs to improve efficiency and effectiveness. To do this, it is imperative that donors and implementers alike address the barriers to generating high-quality social science data. The JDR3 Program uses a participatory, locally-led approach to build the evidence base for project interventions through original social science research that informs programmatic and policy decisions. Research generated under JDR3 helps establish the routine use of evidence in development planning, programming and policy. 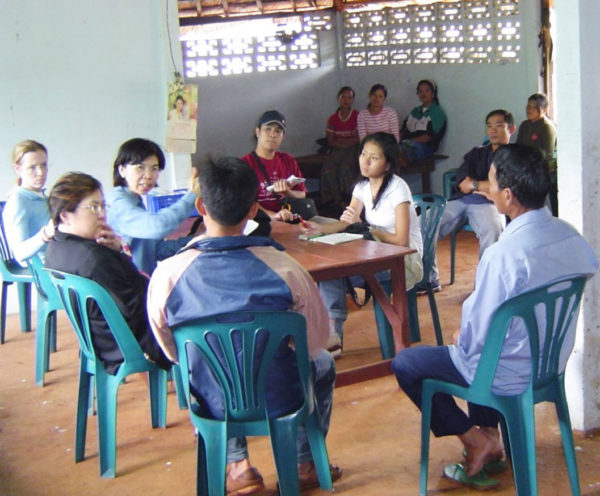 How Does JDR3 Improve Policies and Practices in Emerging Countries?

Highlights of JDR3 research team accomplishments include the following:

The team presented their findings, entitled “National Consultation on Proposals for Amendments of the Jalmohal Management Policy, 2009,” to key decision-makers at the Wetland National Policy Workshop in Dhaka, Bangladesh on Jan. 5, 2017. As a next step, the Additional Secretary will present the findings and policy recommendations to the Minister and the Parliament to amend the 2009 Jalmohal Management Policy, which dictates the current leasing system of the wetlands
in Bangladesh.

The research team’s recommendations to improve government policies related to avian influenza and small farmers attracted attention from Myanmar’s Ministry of Livestock and international donors. As a result, the team was contracted by FAO in spring 2009 to undertake a $35,000 study of avian influenza socio-economic impacts and poultry trade on Myanmar’s western border, an area not covered by the JDR3 study. Now nationally known for their participatory research skills, the team has attracted interest from other donors. In late 2008, the team was contracted by IDE Myanmar to conduct a survey assessing their food and seed distribution program in Nargis-affected areas of the Irrawaddy Delta. Myanmar’s Ministry of Livestock is also working to follow up on the team’s policy recommendations and has recommended that the team be hired by the Ministry of Agriculture for similar research on ag-related issues.

In Vietnam, the results of the JDR3 team’s willingness-to-pay survey of Ho Chi Minh City residents were used to justify water company fee levels incorporated into a 2010 law mandating Payment for Environmental Services. Through this fee, between 2009 and 2012, water companies in Vietnam generated US $2.48 million in revenues from municipal water users, which are being used for watershed conservation.