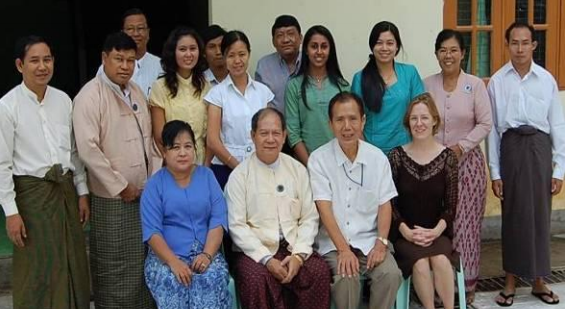 In November 2007 the UN Food and Agriculture Organization (FAO) and Winrock co-funded a one-year applied research project to assess the socio-economic impacts of AI on rural poultry farmers in Myanmar.

The winning research team, commissioned through an open grant competition, was led by Dr. (Ms.) Ai Thandar Kyaw, Assistant Veterinary Officer at the Yangon City Development Committee. The team included four principal researchers (of whom three were women), two research assistants and three senior advisors representing academia, private poultry companies and three key government agencies: the Ministry of Livestock and Fisheries, the Ministry of Agriculture and the Central Statistics Organization. This multi-sectoral participation ensured that the team had access to critical data, field sites, and policy makers who could act on their recommendations. 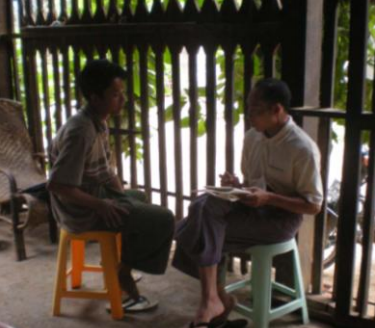 Ground-Breaking Research
In April 2008, the team completed the first participatory household survey conducted by the Ministry of Livestock in Myanmar. The survey of 590 rural households in twelve townships (covering six Divisions) yielded a clear picture of the impacts of AI outbreaks and government control measures on village poultry farmers.

In late 2008 the team presented their findings to senior government officials in Yangon, Mandalay and Naypyitaw, and to a Myanmar Veterinary Association conference attended by 500 veterinarians from around the country, as well as donor and government agencies working on Avian Influenza. 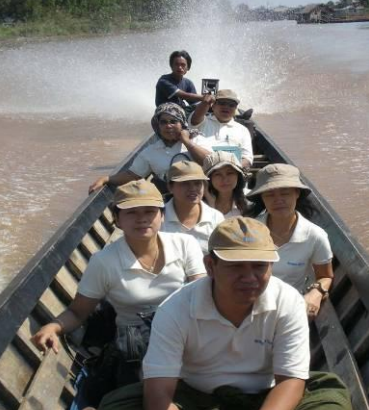 Spring 2008 – The team travels to a remote village to administer the survey.

Now nationally known for their participatory research skills, the team has attracted interest from other donors. In late 2008 the team was contracted by IDE Myanmar to conduct a survey assessing their food and seed distribution program in Nargis-affected areas of the Ayerwaddy Delta.