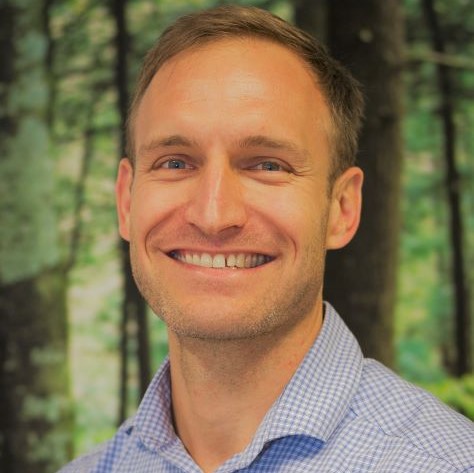 Brad Schallert, Winrock’s director of net zero services, has more than 15 years of experience in the field of climate change. His areas of expertise include aviation and climate, carbon credit markets, international climate negotiations, climate policy design, and voluntary corporate climate strategies. Brad joins Winrock after 10 years at the World Wildlife Fund (WWF-US) where he led work on aviation and carbon markets and helped launch cross-departmental projects including We Are Still In, the largest and most diverse coalition ever established in pursuit of climate action in the U.S. He led WWF’s delegation to the U.N. International Civil Aviation Organization and served on technical committees that developed the Carbon Offsetting and Reduction Scheme for International Aviation. For years, Brad served as WWF’s policy lead on the carbon trading provisions in the Paris Agreement. He has advised both policymakers and businesses over his career. In 2012, Brad was part of the team that developed The 3% Solution, the pre-cursor to the Science Based Targets initiative (SBTi). He authored and co-authored several publications while at WWF including the WWF/Boston Consulting Group Corporate Climate Mitigation Blueprint, and has advised initiatives including the SBTi, the Voluntary Carbon Markets Integrity Initiative, and the precursor to the Integrity Council for the Voluntary Carbon Market. Brad holds a MPA in environmental science and policy from Columbia University’s School of International and Public Affairs, and a bachelor’s in international and environmental studies from the University of Oregon.