Kevin Smith, the mayor of Helena-West Helena, Ark., sits at his desk in City Hall virtually disconnected from the rest of the world. If he needs to send an email, conduct research online, or just connect to a video conference, the city’s top elected official is forced to wait. He stares at his computer screen, stuck in a seemingly endless buffering cycle.

Yet it’s not the spinning cursor itself that concerns him as much as what it symbolizes. Mayor Smith knows that his own inability to rapidly connect and easily communicate ── even from his relatively well-resourced offices inside the seat of Phillips County’s government ── is representative of a larger and ongoing struggle across other rural communities in the Arkansas Delta. He worries about the lost opportunities for education, economic development, and revitalization that lack of bandwidth is causing, especially for entrepreneurs and small businesses owners who are struggling to do business online.

In the midst of a protracted global pandemic, with dramatically increased needs for remote communication for everything from virtual schooling to telehealth and online business meetings, Smith knows that time, money, and opportunities are lost every day due to basic connectivity challenges.

Helena-West Helena, a city of nearly 11,000 people formed by the 2006 merger of two smaller cities nestled on the banks of the Mississippi River, is known for catfish and its distinctive Delta blues-style music. The city’s famed “King Biscuit Blues Festival,” held each October, has drawn music royalty including Bonnie Rait, B.B. King, Keb’ Mo’, and Dr. John. But like other Delta communities, the city’s residents have grappled with a slowly grinding economic downturn over the past decade, exacerbated in the past year and a half by the pandemic. Smith believes one obvious key to boosting the city’s fortunes both in the near and long term is improving the region’s connectivity through expanded high-speed and high-capacity internet access, also known as broadband.

In February 2021, when Winrock International queried Smith ── along with the leaders of other Delta cities ── to see if he might be interested in exploring how to improve broadband access through the U.S. Department of Agriculture (USDA)-funded Delta Communities Connecting through Placemaking and Innovation (DCCPI) project, he didn’t hesitate to accept.

“Broadband is the new Mississippi River,” Smith said. “We are here because of the Mississippi River, but what broadband does for us is connecting us back to the economy instead of keeping us isolated. There is a huge gap and divide in the information economy between infrastructure and for people and their skills to use and access it. Winrock International has helped us find ways to bridge that gap.”

Funded by USDA Rural Development, the project includes the Arkansas Delta cities of England, Lonoke, and Stuttgart in addition to Helena-West Helena. In partnership with the University of Arkansas for Medical Sciences, the nonprofits Connected Nation and Thrive Inc., as well as a local planning and engineering firm, Crafton Tull, the project supports communities to leverage placemaking and state investments in tourism and cycling to contribute to the social, physical, and economic well-being. DCCPI is a branch of the broadband work that Winrock’s U.S. Programs team has implemented since 2018 through projects including Strategic Training for Rural Innovative and Vibrant Economies (STRIVE), which supports Arkansas City, Eudora, and Stuttgart.

“The good thing about our work and why we also believe it’s important, is that we are impartial in regard to [internet] providers, and the technology that may be best for the community,” says Michelle Perez, U.S. Programs Officer for Winrock. “The communities know there’s a problem, and they know they don’t have access to broadband,” but they’re unsure where to start to address the issue, Perez adds. “We’re truly giving the communities … an impartial view of the local situation, and the available options.”

Winrock’s work with partners to improve connectivity and extend broadband access to underserved rural communities is both necessary and timely, aligning with federally funded initiatives aimed at jumpstarting local economies by improving broadband access. Communities like Helena-West Helena and other Delta cities are now better positioned to take advantage of new and proposed federal funding and programming for broadband improvements resulting from USDA-funded infrastructure assessment and planning work.

Delta communities suffer from poor internet access due to a range of reasons. Often, internet service is simply unaffordable or unreliable, with local bandwidth too limited to handle ever-growing demand. Internet providers can have inaccurate information about the number of residents able to connect to their services, have insufficient financial incentives to expand services, or have inadequate infrastructure to provide stable internet in rural regions. By convening local municipal leaders to discuss broadband access and options for expansion with expert technicians, and then forming shared goals, local leaders are becoming better equipped to make informed decisions aimed at improving communications infrastructure to support economic revitalization.

While broadband is a huge piece of the economic development puzzle, the USDA-funded projects Winrock implements aren’t limited to improved internet access. Grants and related work also help to advance other initiatives aimed at connecting remote, rural communities, including the planned U.S. Bike Route 80, an Arkansas extension of the nationwide, 50,000-mile U.S. Bicycle Route System, set to run through Helena-West Helena, Lonoke, England, and Stuttgart. In addition to broadband assessments, STRIVE and DCCPI offer financial assistance and training for community leaders as they develop ideas and integrate technical planning to increase economic growth, including through tourism initiatives. 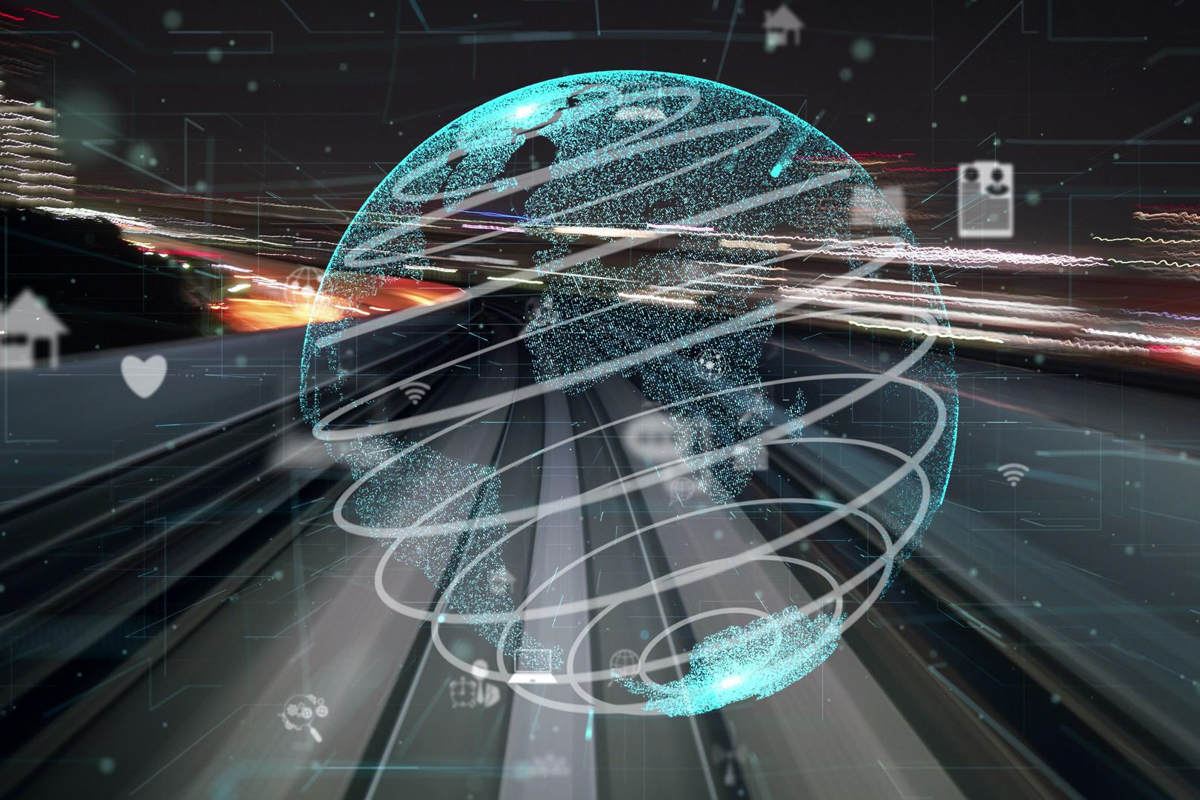 Undeniably, boosting high-speed internet access remains a top priority for Delta towns. Just 10 days after receiving Connected Nation’s and Winrock’s shared broadband assessment report, city leaders in Helena-West Helena got to work. They began developing plans to extend broadband access, including allocating 10% of federal funds from the 2020 Coronavirus Aid, Relief, and Economic Security Act towards broadband, as well as investing in new bicycling signage in preparation for the new U.S. Bike Route 80 extension. They also developed plans to add new hotspots and fiber optic conduits for network connections throughout the city. The access report opened an array of new possibilities that had not previously been considered, Mayor Smith says, noting that city officials learned that current water and sewer upgrades could present an opportunity to install new fiber-optic or another conduit inexpensively, as well as connecting the city to a potential provider to do so.

“I learned how our city can begin to buy and place conduit in the ground, in anticipation of broadband fiber deployment later, and thus actually make income for the city while simultaneously making it more affordable to provide that newer fiber to our citizens,” Smith says. “That really lowers the barriers of entry to high-speed broadband, especially for a poor, rural, and mostly isolated, city like ours.”

The city of England, Ark. is also working with Winrock on an action plan to address broadband priorities and to gather funding for downtown redevelopment, while Lonoke, Ark., is creating a master bicycle and pedestrian plan to promote accessibility and walkability, while simultaneously working with an internet provider to make infrastructure improvements to improve broadband. Both cities received support for planning and implementation through USDA projects implemented by Winrock.

Through STRIVE, even very small Arkansas communities, like Eudora, with a population of less than 2,500, may soon be able to offer widespread, high-speed internet access. Today, the town’s internet services often perform like dial-up internet, with very slow uploads and downloads. When the COVID pandemic hit and life pivoted online, “We were not prepared,” admits Eudora Mayor Tomeka Butler.

Just like Mayor Smith, Mayor Butler’s goal is to change the status quo. She started by seeking internet companies willing and able to provide improved high-speed internet connection for every citizen in Eudora.

“If you don’t have one of the best broadband services around, it’s going to be right back to square one,” Butler says. “The objective is to work smarter, not harder, and forward progression and not going back.”

By working with Winrock, Eudora is now partnered with a provider, Swyft Connect, to provide fiber optics capabilities. The city is in the process of setting up hotspots and, like Stuttgart, plans to provide public internet access through a modular building hub downtown, set to connect the entire community as well as outlying areas.

“The report and the relationship that I’ve been afforded to take advantage of through Winrock and Communities Unlimited, [a potential future partner,] have been very instrumental with my administration, with companies, guiding and teaching me throughout all of these processes. I’m just extremely grateful for them, because had I not had this connection, I would be lost,” Butler says.

“I consider broadband to be not just infrastructure, but a basic utility,” Perez says. “It’s a basic utility like the telephone, electricity, or water. This is why the work we’re doing in very small communities is important ── because for them to be competitive in today’s economy and be a place where people can and want to live, they need access to the internet.”

“We must think of broadband access as a critical piece of how you level the playing field for everybody, as it’s critical to everyone’s ability to work, learn, and live,” Anderson said. “It was so even before the pandemic, but even more important now … We need to capitalize broadband infrastructure upfront and deploy it broader and faster.”