“Even Amongst Cultural Differences, Farmers All Over the World Are Very Similar…” 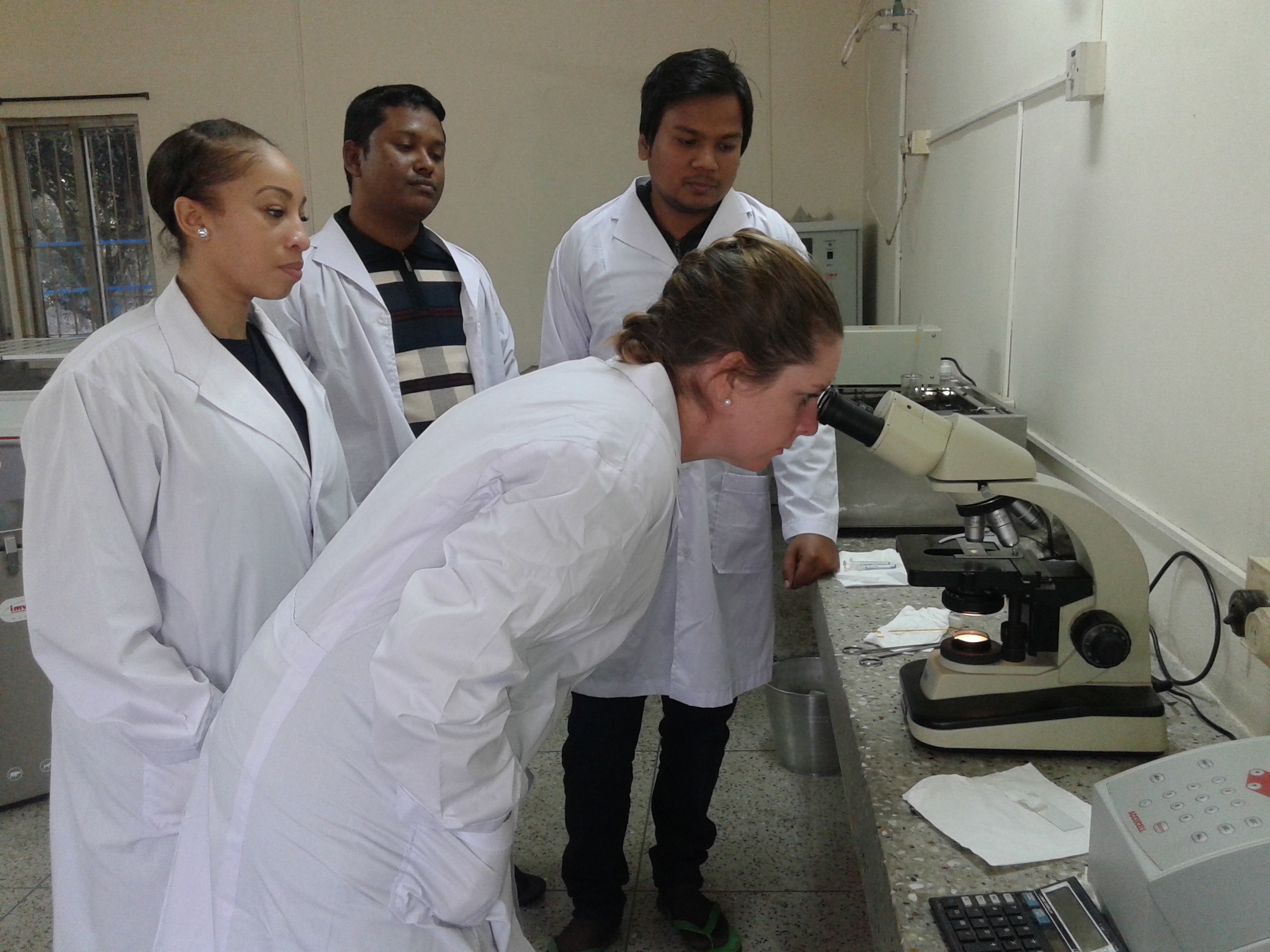 During my time in Thakuragaon I visited the EJAB Alliance Limited bull station where they collected semen to sell for artificial insemination as well as train artificial insemination workers. My assignment was to make recommendations on the bull station facility and semen handling as well as provide re-training for the artificial workers over a two week period. As soon as arriving at the bull station I felt immediately in my element and the professional staff was very accommodating and friendly. I conducted a three day professional training workshop that was centered on the facility and lab recommendations for the bull station as well as discussing future research opportunities with professors from the nearby Hajee Mohammad Danesh Science and Technology University regarding embryo transfer. During my day off I was invited to speak at the University regarding current research techniques and possibilities in embryo transfer research in front of professional staff and students. I then conducted 2 two day artificial insemination worker trainings. Over the two separate workshops there were approximately 60 attendees. We spent time in the workshop concentrating on the artificial insemination technique and semen handling as these two areas had been identified as possible reasons for lower conception rates amongst the artificial insemination workers. However, a variety of topics were also covered, including infertility issues and reproductive diseases that seem to hold a large interest in the current workers. 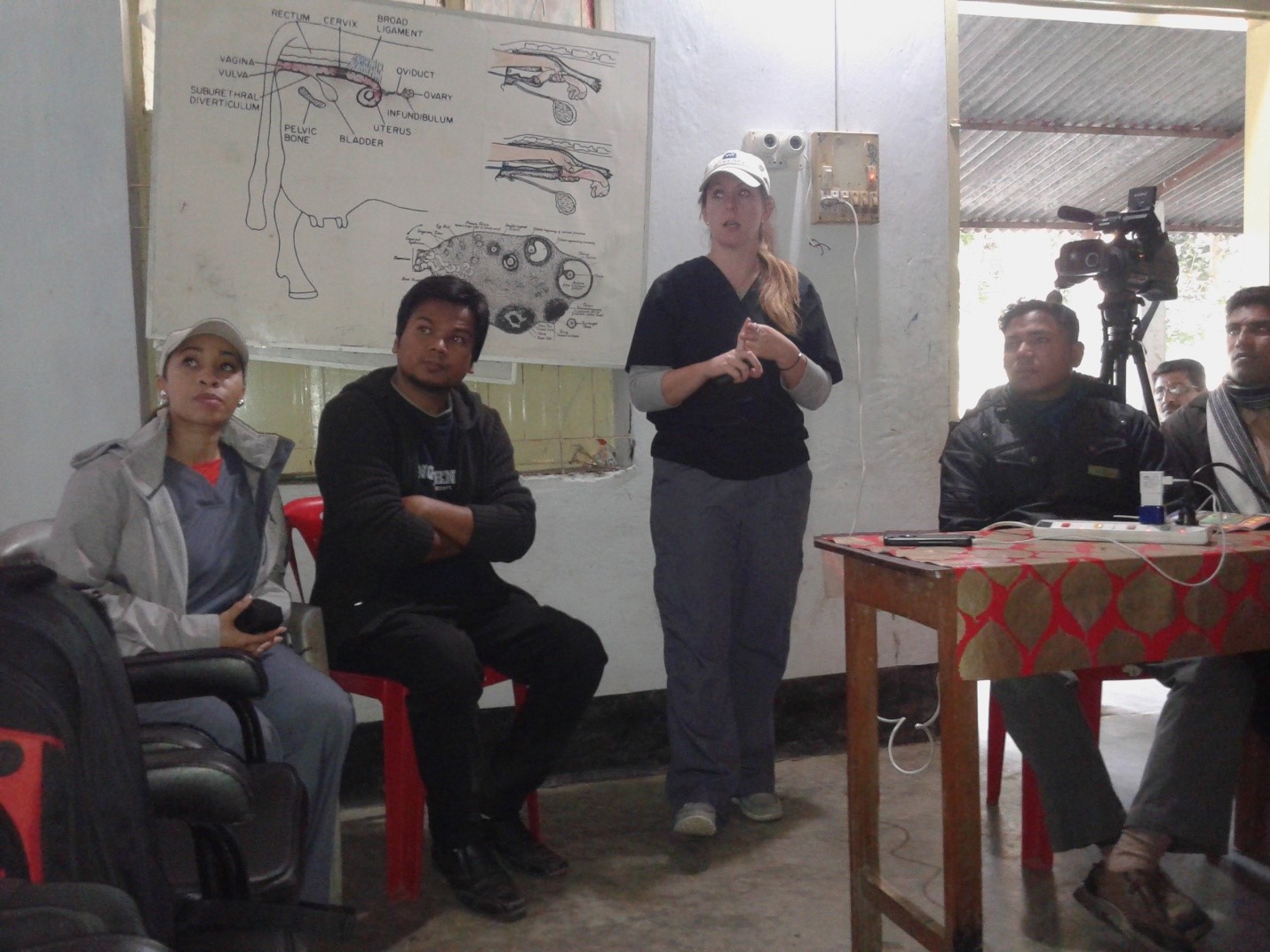 Even though a language barrier existed and it was difficult to communicate one on one with artificial insemination workers, I had tremendous help with interpreting from our assigned Winrock technical officer as well as the professional staff that were working at the bull station. The hospitality of EJAB Alliance Limited staff at the guesthouse where I stayed was amazing and went above and beyond getting all of the necessities for a two week stay. The professional staff at the bull station and I became quick friends and when the assignment was completed, it was sad to leave the new friends that were made. Even amongst cultural differences, farmers all over the world are very similar in that they are very hard working people who are proud of what they have been able to accomplish with their time and dedication. The experience of working in agriculture for the first time overseas for me was amazing and I am planning on returning for a second assignment in the near future.

Rich Illustrations and Examples for Micro-gardening

“My assignment in Senegal with Winrock International on micro-garden was such wonderful experience. It enriched my knowledge of human development and of the integrity of cultural diversity as fundamental keys to ensure sustainable development and social cohabitation.

My mission could not have been completed without the humble professional support from both the Djilor Professional Training Center and Winrock Senegal. They made my journey in Senegal successful. From the beginning, a specialist from Winrock Senegal gave me a splendid tour of Dakar city and the ongoing micro-gardening projects. One of the micro-gardening projects was managed by the city hospital and the other by a women’s group. The tour enlightened me about the potential that micro-garden projects can contribute to poverty alleviation in an urban area. Our introductory session with the Djilor Professional Center was a great opportunity to observe how a local institution was committed to pivot local rural development through varieties of training programs. 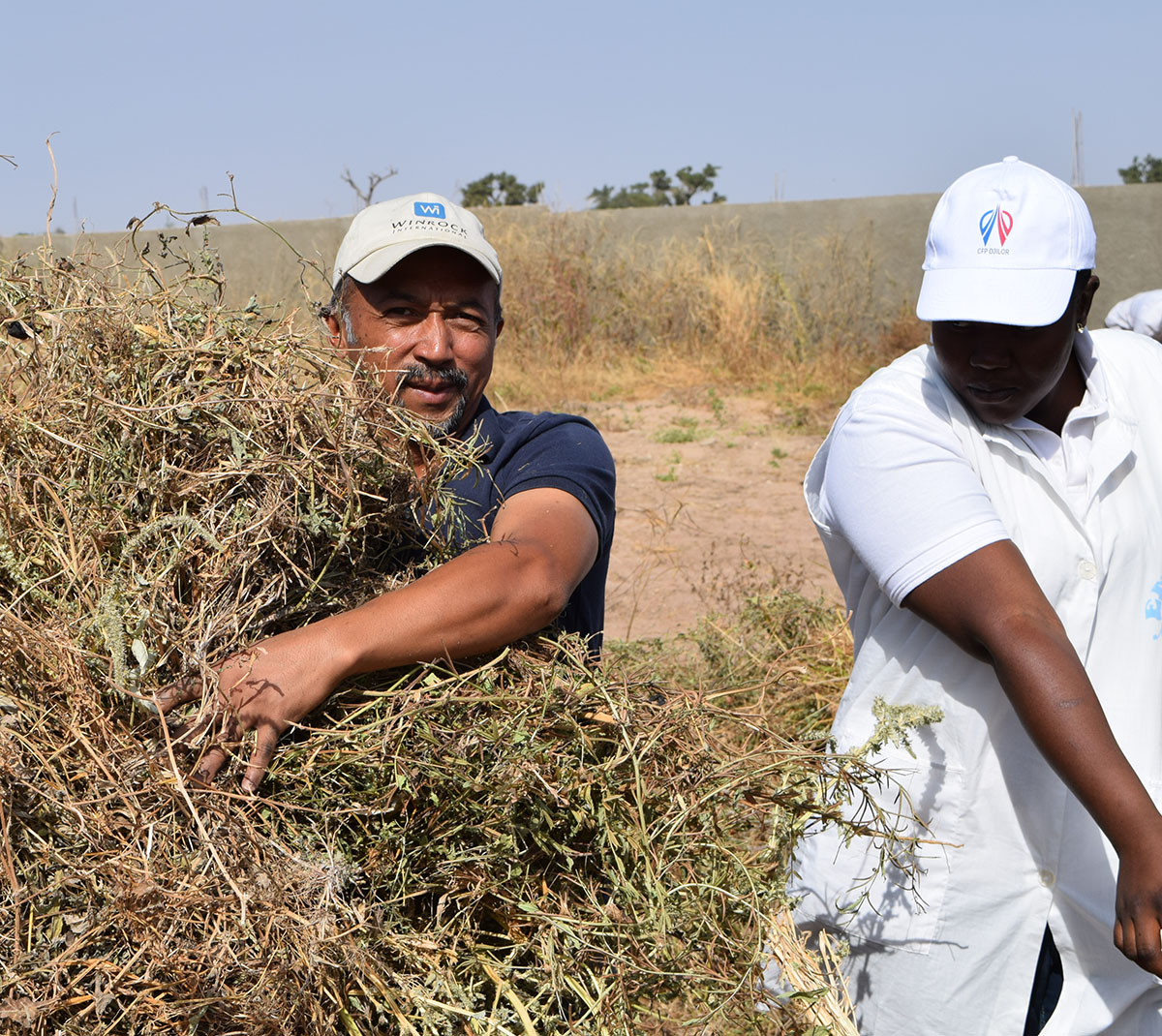 The board members of the Djilor Professional Training Center guided us to meet with four Women’s Vegetables Farmer Groups and to assess their agricultural practice in the field. All of the four Women’s groups have been functional for 20 or 30 years. Thus, it was very important for me to learn their experiences, success, challenges, adaptations, and motivations keeping them running for that long period of time. What are their goals and objectives? How have they tackled problems together? This visit helped me to adjust the training themes to adapt to the field contexts. I am so thankful of their sincerity to share with us their capital knowledge on gardening and vegetable farming. The field visit was successfully completed with the diligent supports from the Director of the Djilor Professional Training Center, the two Assistants from Winrock Senegal who professionally translated every discussion with local people. 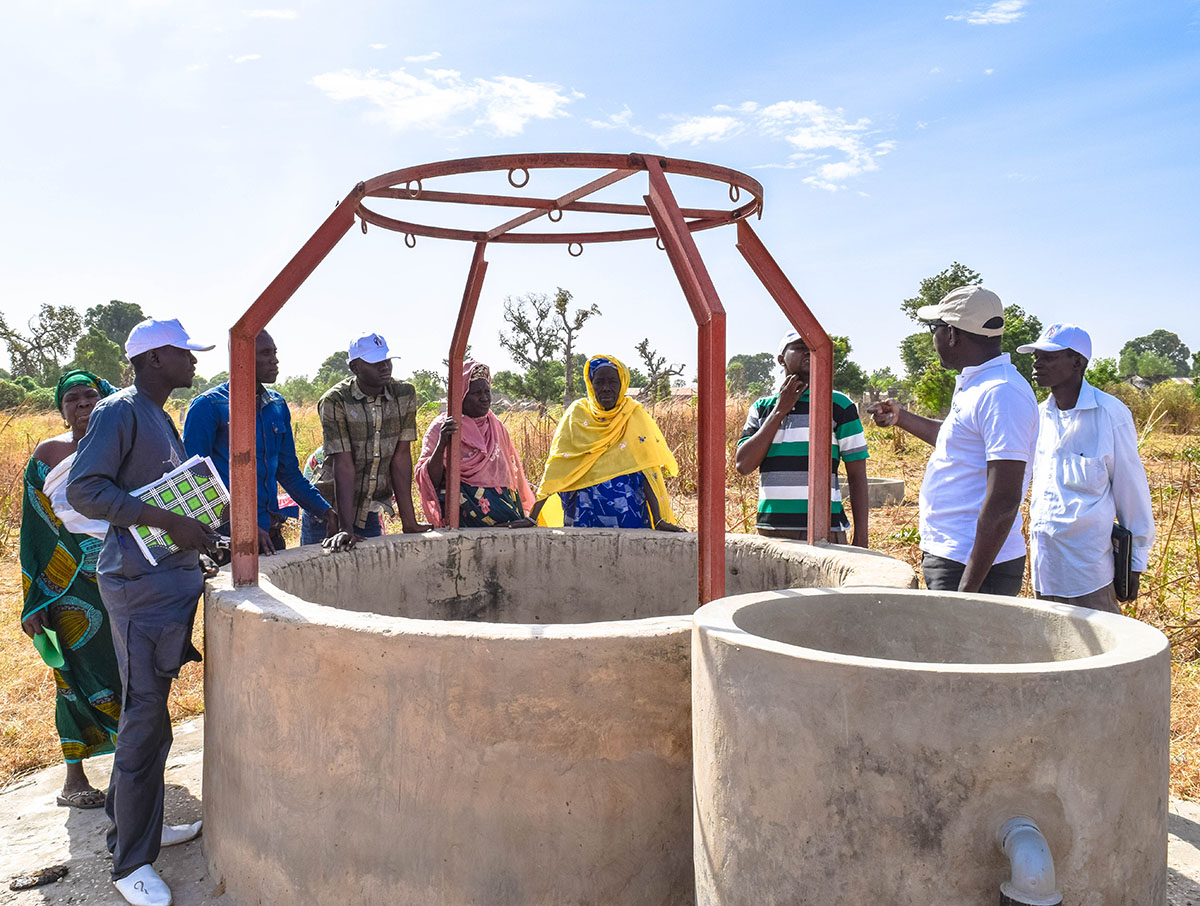 I trained approximately 19 people. The trainees included all of the Instructors and Professionals of the Djilor Professional Training Center, two Peace Corps Volunteers, and two representatives of the Women’s Vegetable Farmer Groups of the commune of Djilor. They were very enthusiastic to attend the training and greatly participated in every discussion and activities. The two women from the Women’s Vegetable Farmer Group proudly shared their field experiences, which provided rich illustrations and examples for micro-gardening practice.”

The Entrepreneurial Spirit of Myanmar Farmers

I had met the country director of Winrock’s office in Myanmar, Dr. Ai Thanda Kyaw, about two years ago while on an assignment in Nepal. While in Nepal for a regional meeting, she expressed a desire to visit the birth place of Buddha. The site was near the town, where my wife, Mary, and I were on an assignment, and we were asked if we wanted to go with her to the site. Naturally we said yes. During our time together we discussed possibilities for one of us coming to Myanmar on a Farmer-to-Farmer assignment. About two years later, I finally made it.

Upon arrival to Yangon, I was struck by the cleanliness of the airport and how quickly one moves through the customs and immigration process which is a sharp contrast to many other developing countries that I’ve traveled to.

The assignment was to teach basic record keeping and financial management techniques to “farmers” in two regions of the country, Mandalay and Yangon. I put the quote marks around farmers 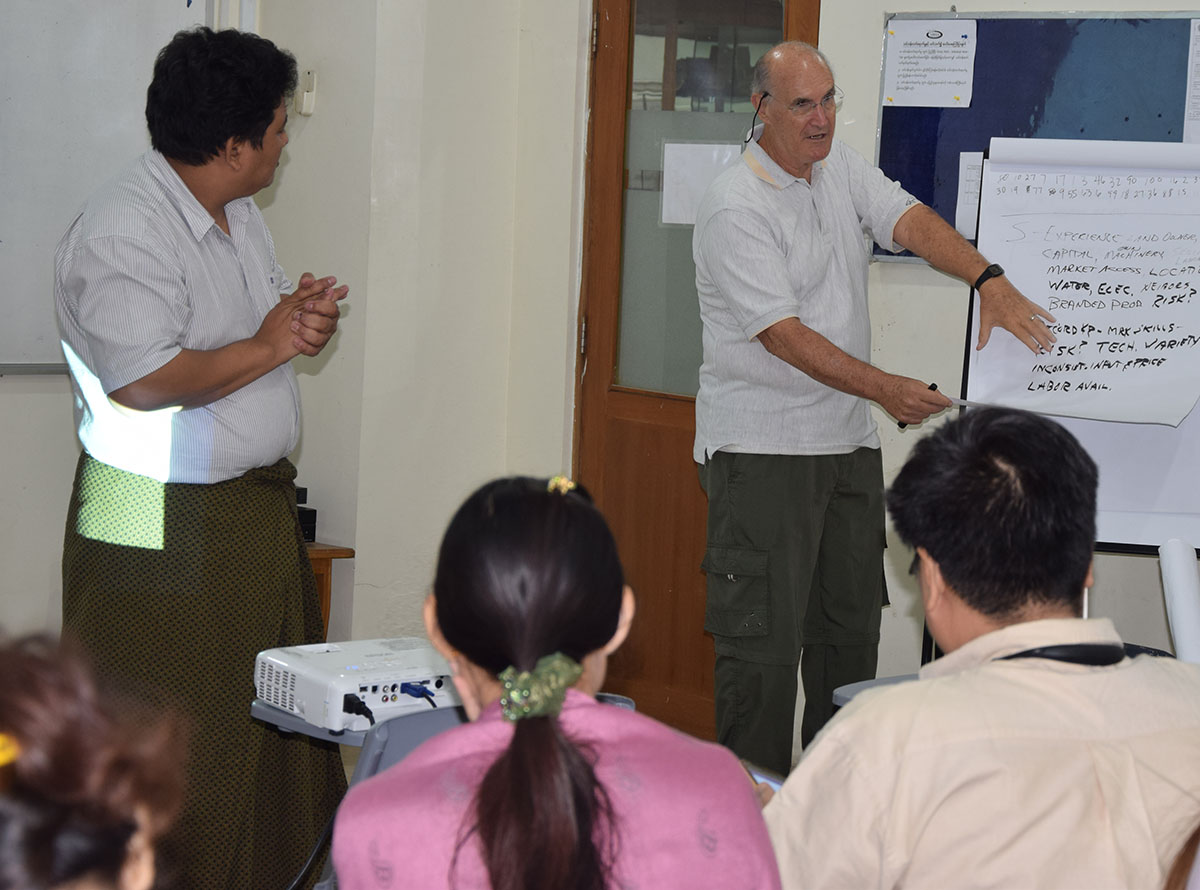 as few participants are what we in the USA would call traditional “row crop” farmers. Attendees were citrus growers, mushroom growers, mango producers and processors, and vegetable producers.

In the capital city, I was expecting the urban and rural environment to be similar to what I’ve seen in other urban environments in the developing world, but I was entirely wrong. Both Yangon and Mandalay are busy metropolitan areas with multiple construction sites and heavy traffic.

The farms I visited were often down miles of bad roads, but they were well kept and from the production side, well managed.

After overnighting in Yangon, Dr. Thet Khaing (TK), Technical Officer with Winrock’s Myanmar office, and I, flew to the assignment site in Mandalay.

One of the most interesting items I had was a frozen slice of mango served on a Popsicle stick. One of the participants invited us to her farm after one of the training sessions, and besides growing mangos, she had a small processing plant where she peels, removes the seed, slices them in half, inserts the stick, and then flash-freezes the mango. They are then exported to Korea. They are delicious.

I was given several business cards, and the names listed became a point of discussion with TK. It seems the people of Myanmar have no last names (or surname in the USA). People have between two and four names, but one cannot discern who their parents are or any other family member from those names. We jokingly wondered what they would write down as the surname on any form needed to enter another country.

I want to go back to the assignment, and reflect on the entrepreneurial spirit exhibited by the people who came to the training. All seemed to be quite 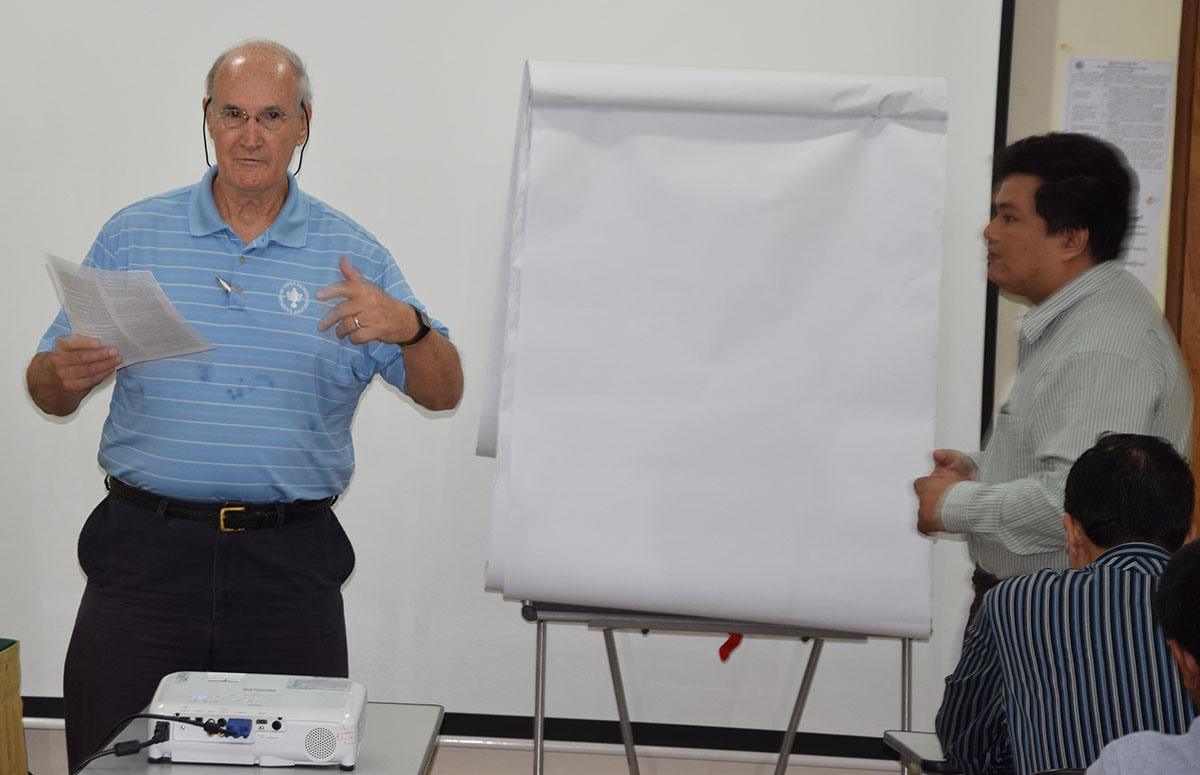 successful in their businesses even though only one of those attending said they kept any kind of records. It is a cash society with interest rates hovering around 20% if you can find a lending source.

I was blessed to receive several samples of products that were being produced by the members of the groups. They ranged from sweets to fancy flip flops. The sweets were consumed prior to leaving and the flip flops, upon arrival in the USA, were taken over by Mary as they were too small for me. Upon completion of the training I made the participants raise their right hands and affirm that they would start keeping good records. I guess the monitoring and evaluation phase of the assignment, which will be conducted in six to twelve months, will see if they have begun to do so.

The country director indicated there might be an opportunity for both Mary and I to return to the country, and we would welcome the opportunity.

In Memory of a Beloved Volunteer

Winrock volunteer Robert (Bob) Albrecht passed away unexpectedly in January. He was an inspiration and will be truly missed.

Bob began his volunteer service with Winrock International in August 2001 with an assignment in Nigeria focused on fisheries design and management. After that first trip, he spent two months working with host, Ife Central Fish Farmers, introducing them to new fish farming techniques. He was accompanied on this assignment and many others by his wife, Mary.

Over the 16 years following that first assignment, Bob and Mary traveled the worl 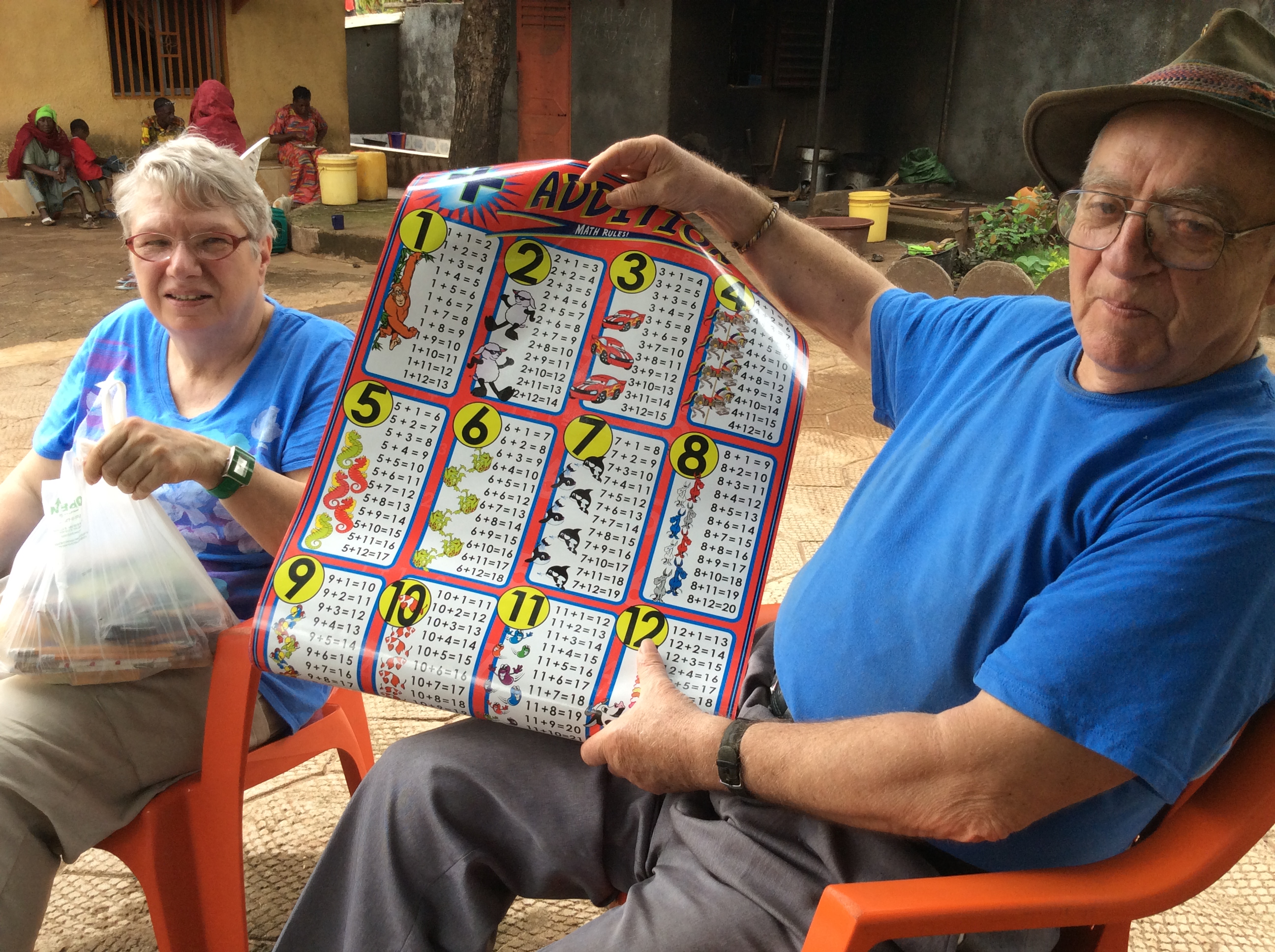 d to help many host organizations and their families. They worked to improve businesses and communities. No place was too far or too remote to scare them off. The Albrechts went to Nepal to lead trainings on fish processing and waste management; Guinea during the Ebola crises to help poultry farmers with enterprise development and marketing; Central Asian countries such as Kyrgyzstan, Tajikistan and Turkmenistan, where they worked with residents on chicken and duck raising businesses; and Russia to share their knowledge of feed production development.

In 2006, Bob returned to Nicaragua for a second time, to work with the National Cattle Commission. “It was heartwarming to see that many of the recommendations that I had made in previous visits were being put into practice,” he observed, “and that the implementation was enabling the farmers and processors to enjoy a higher quality way of life.” 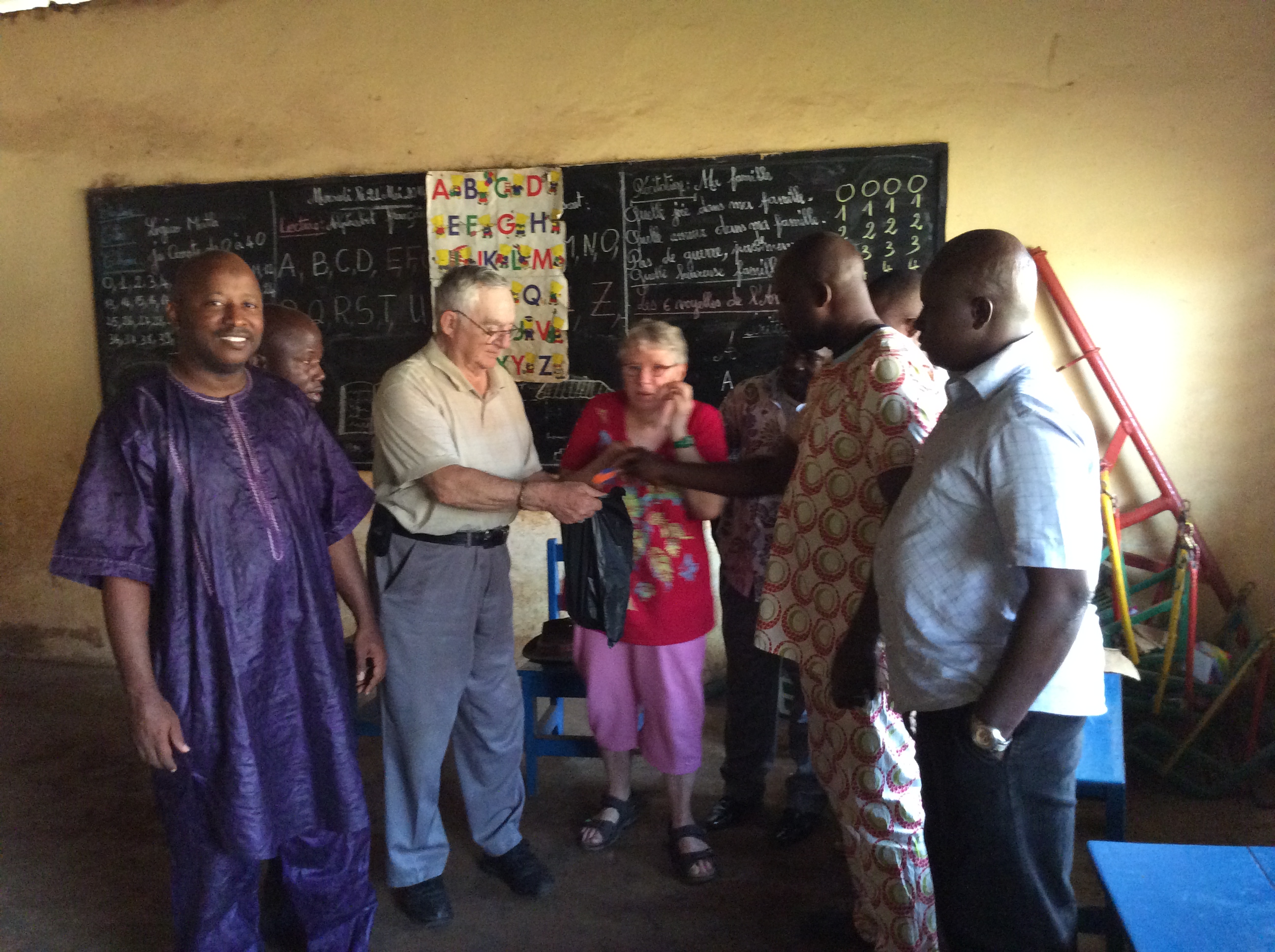 Bob and Mary in Guinea

Guinea staff member Mamadou Thiam described Bob as very sensitive, knowledgeable and caring. He noted that Bob was always aware of his surroundings and connected with the people.

Winrock’s Director of Agriculture & Volunteer Programs DeAnn McGrew recalled that, “Bob and Mary were two of the first Winrock volunteers to Nigeria in 2001. As a new recruiter at that time, I was struck by their humility and their generosity of time, energy and spirit. I am honored and humbled to have worked with them. Bob’s generosity and dedication to others will be sorely missed.” 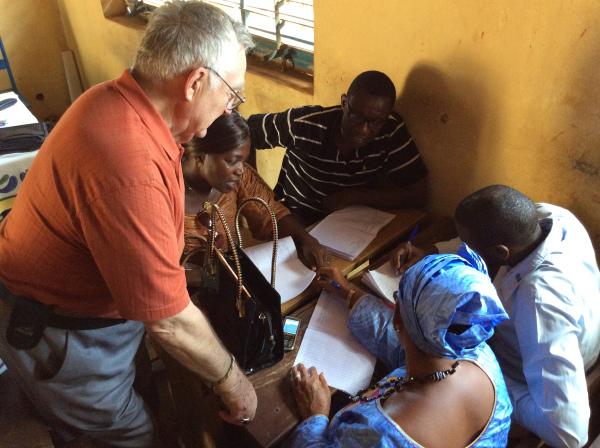 Bob and Mary touched the lives of hundreds of people in the developing world. In 16 years, they completed 25 assignments with Winrock in 10 different countries for a total of 479 volunteer days. Through hard work and a fierce dedication to volunteerism, Bob and Mary changed lives.

During his lifetime, Bob made countless friends all around the world; many of these friends work for Winrock International. We are grateful for the time and knowledge he donated to our programs over the years, and we will miss Bob’s warm smile, his tireless work ethic, and his zest for life. Though Bob is no longer with us, his spirit lives on in those he touched around the world. 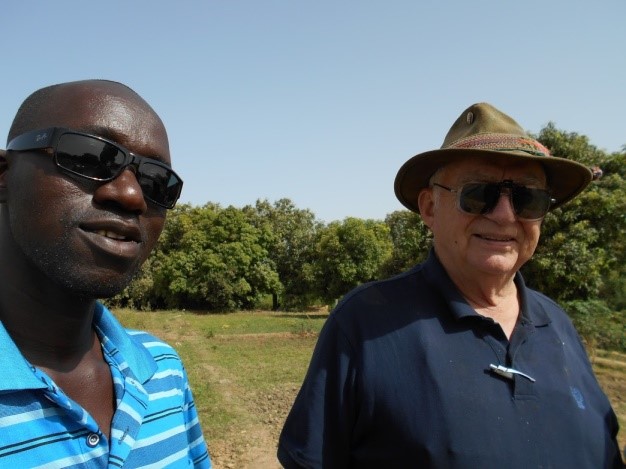