From Every Angle: Winrock’s Commitment to Water Security in Tanzania

Posted on November 17, 2020 by Jeremy Lakin and Jean-Pierre Rousseau 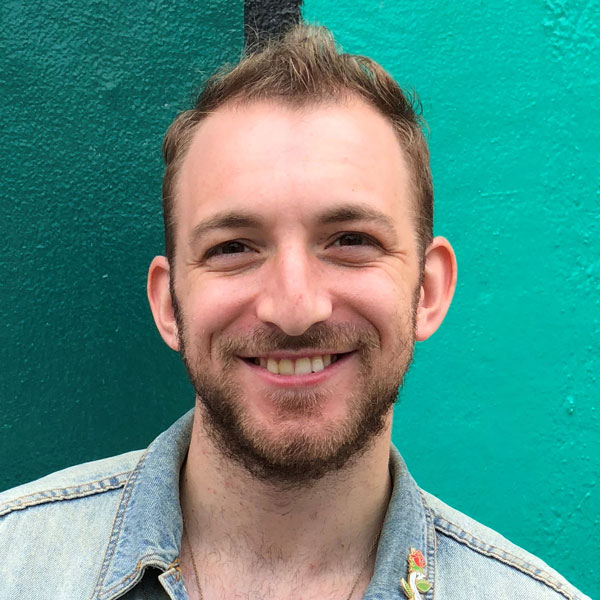 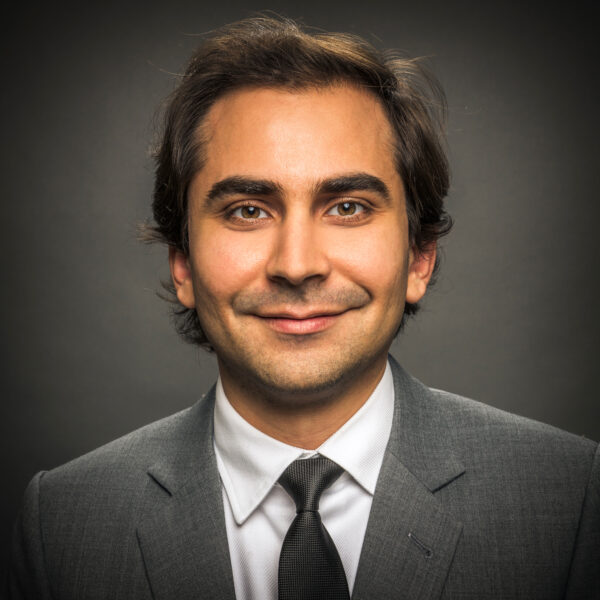 Winrock has worked in Tanzania across a variety of sectors over the past 40 years, and much of its work there over the last decade has been dedicated to improving water resource allocation and management to ensure sustainable, equitable access to water for all.

Water security has always been a priority for Tanzania, especially increasing access to drinking water. Since the introduction of the United Nations’ Millennium Development Goals in 2000, followed by the subsequent Sustainable Development Goals in 2015, access to drinking water has more than doubled from 27 percent to 56 percent as of 2017. Though significant progress has been made, insufficient investment, poor operations and maintenance, and under-capacitated water governance institutions continue to hinder sustainable access to water. These challenges are the focus of Winrock’s approach to water security in Tanzania.

From the village level to the national stage, Winrock has partnered with Tanzanian communities, districts, water basin offices and the national government to build their capacity to plan, finance and deliver safe water services to over 720,000 people. The key to Winrock’s success has been coupling our expertise in water resource infrastructure with sustained, systems-level improvements to water access. Our approach builds partnerships and accountability between the multiple layers of water governance, from water users to communities to the national government. 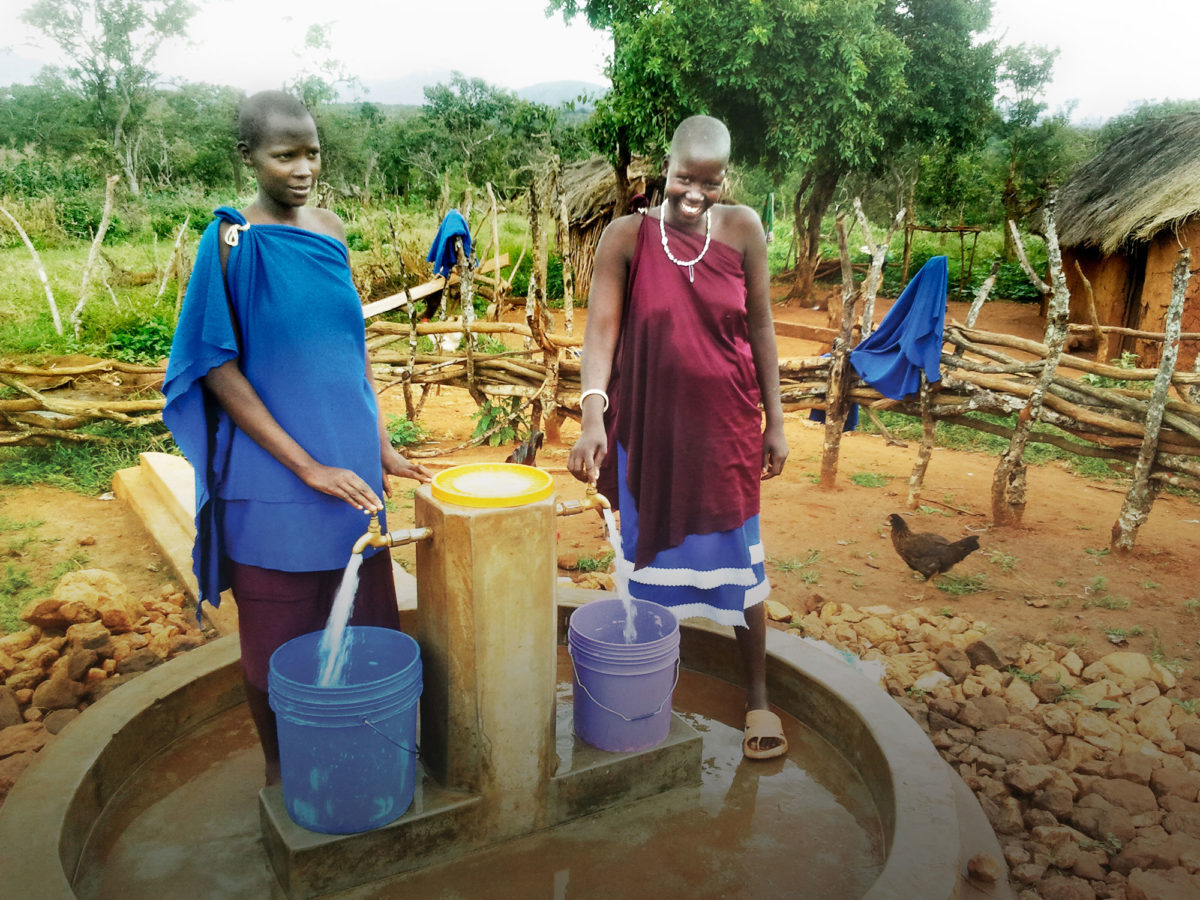 Sarai Jacobi of Nyakonge, Tanzania, right, by the new pump that brings water to her village.

Winrock has worked with and shaped strong community-based water supply organizations, water user associations, and basin water boards as key stakeholders to enact Tanzania’s Water Supply and Sanitation Acts (2009, 2019). These efforts began at the community level under the Integrated Water, Sanitation, and Hygiene (iWASH) Program (2010-2016). In recent years they have been scaled up district-wide through partnerships with local government authorities, and later, the Rural Water and Sanitation Agency (RUWASA) under WARIDI (2016-present) and the basin level in the Mara Basin under the Sustainable Water Partnership (2016-present).

Winrock’s work on the iWASH program used a multiple-use water services (MUS) approach to facilitate co-investment by communities in nearly 600 water points and wells. MUS is a consumer-oriented approach to water service delivery which takes into account people’s multiple domestic and productive water needs as the starting point for planning, financing and managing water services. The new water facilities lessened conflicts between farmers and pastoralists and reduced the distance to water sources by half for a majority of households. As a result, men and women could dedicate more time to livelihood activities.

These improvements have made a major impact on the lives of beneficiaries, such as Lavina Venance.

“I now have easy access to clean water less than 10 minutes away from my house,” Lavina said. “As a result, we now have as much water as we need, whenever we need it.”

From the village level to the national stage, Winrock has partnered with Tanzanian communities, districts, water basin offices and the national government to build their capacity to plan, finance and deliver safe water services to over 720,000 people.

Like many others, Lavina has used this extra water to invest in a vegetable garden that not only feeds her family but also provides additional income. To ensure sustained community ownership and management of the new water infrastructure, iWASH facilitated the development of Water Point Management Groups and Community-Owned Water Supply Organizations (COWSOs). iWASH also invested in building a market for rope pumps, hand-drilling technologies, and WASH products. This experience working at the community level informed Winrock’s approach in subsequent activities, which scaled up training for COWSOs to manage water resources with guidance from the community’s water users.

Winrock’s work in Tanzania addresses the next layer of water governance and strengthening community management structures by coupling institutional strengthening with construction and rehabilitation of water infrastructure. At the center of this approach are the COWSOs, which manage and operate water infrastructure. By coupling COWSO establishment and operational support with technical assistance and infrastructure development, Winrock’s work has enabled COWSOs to improve water service delivery, reliability and revenue collection for over 50 schemes. Under the new Water Act, these COWSOs are being clustered into Community-Based Water Supply Organizations (CBWSOs), and will be key to sustainably scaling water service delivery to many more Tanzanians.  To date, this activity has supported RUWASA to form 15 CBWSOs under the new Water Act. 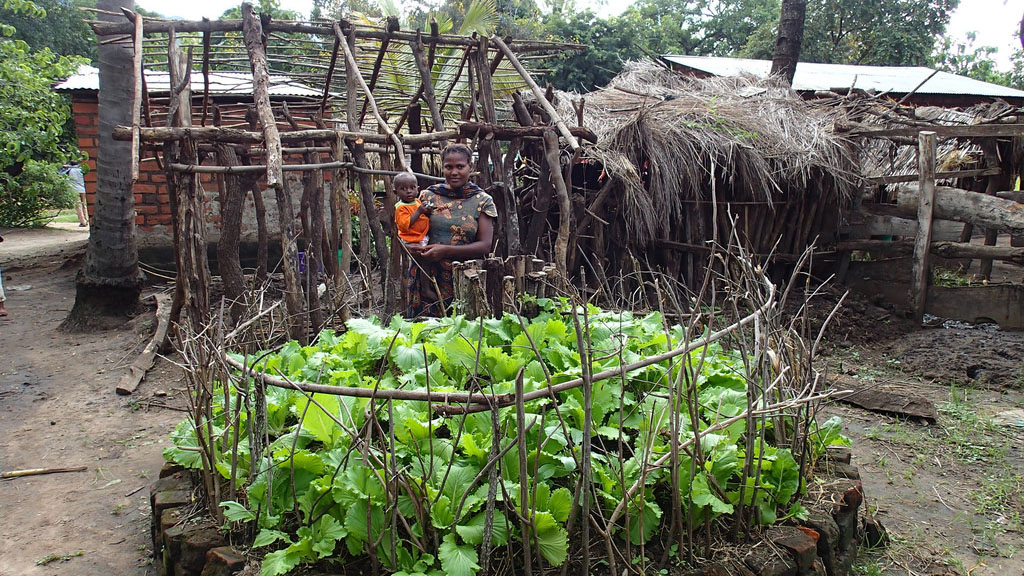 The key to Winrock’s success has been coupling our expertise in water resource infrastructure with sustained, systems-level improvements to water access.

Winrock has also engaged urban water supply and sanitation authorities (WSSA), particularly in Iringa. Winrock completed a rapid assessment of five WSSAs to develop a list of potential investment projects and, based on a number of selection criteria, four projects in peri-urban areas of Iringa were selected. Iringa Urban Water Supply and Sanitation Authority (IRUWASA) was actively engaged throughout the design and construction process and also invested heavily in the project, paying for trench digging, securing materials and extending distribution lines from the mainline improvements made by Winrock’s team.

“Because of the project’s contributions, we are able to further our mission in bettering the lives of the communities through enhanced access to potable water,” said Iringa WSSA Managing Director Gilbert Kayange. “Your support has helped us to equally increase the water network system and customer base.”

Tanzania’s nine regional Basin Water Boards (BWB) represent an additional key layer in water governance, serving as stewards of the crucial water resources that supply villages and towns with water for drinking and productive uses. Winrock is working with the Lake Victoria Basin Water Board under the Sustainable Water Partnership to develop its capacity to safeguard access to water for communities living in the Mara Basin and create a transboundary cooperation mechanism for water governance actors in Kenya and Tanzania that share the Mara Basin.

Winrock remains committed to scaling up water access for all Tanzanians by building strong water governance institutions at the community, district, basin and national levels. “The thing I am most proud of,” said Muganyizi Ndyamukama, Water Services Technical Lead for our current activities and formerly WASH Technical Lead of iWASH, “is that we are improving the lives of people.”