One of the USAID-funded Sustainable Water Partnership’s (SWP) most exciting initiatives is its role facilitating water allocation plans in the Mara River Basin. The Mara, which supports a world-famous ecosystem depended on by some 1.2 million people in Kenya and Tanzania, is losing water due to factors such as population growth, deforestation, and climate change and variability.

Kenya and Tanzania signed a historic memorandum of understanding in 2015 to jointly manage the water resources of the Mara River Basin. To further this effort, SWP’s Sustainable Water for the Mara (SWM) activity has supported stakeholders in Tanzania to develop a water allocation plan (WAP) for the lower Mara River Basin. The long-term goal is to support Kenya and Tanzania as they develop a harmonized water allocation plan to help the two countries jointly manage water resources in the Mara.

The lessons learned in SWM’s experience in Tanzania could have applicability for other watersheds around the world, especially those that are shared between two or more countries. Here are some takeaways from the process there. 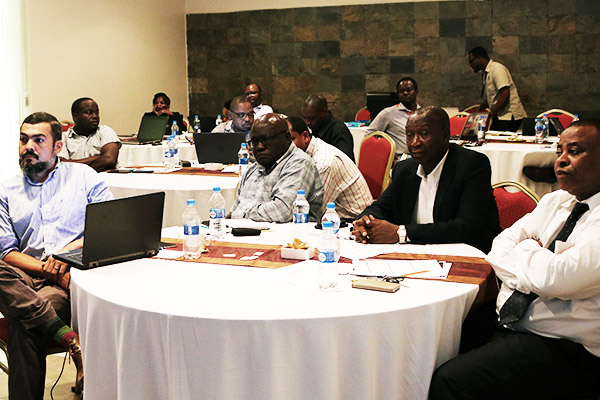 Find the relevant stakeholders, and involve them early in the WAP process

The Tanzania WAP process started off by first obtaining buy-in from Tanzania’s Ministry of Water and Irrigation, which manages the country’s water resources, after a meeting with the ministry’s permanent secretary and top officials to explain the WAP process. SWP then conducted stakeholder mapping and organized an inception meeting that included a diverse group of stakeholders:

Get the data, and agree on how to interpret it

After assembling the stakeholders, SWP enlisted partners such as the IHE Delft Institute for Water Education to conduct scientific studies for the Tanzanian section of the Mara River Basin on water abstractions, water balances, water demands, environmental flows (with support from GIZ/NELSAP), and scenario modeling, in collaboration with SWP partner Stockholm Environment Institute. Determining how much water is available in the Mara at different points of the year, and how it is being used, served as a crucial foundation for the water allocation planning process.

Critical to the data analysis and subsequent validation were the agreed-upon water allocation planning guidelines. The guidelines defined key parameters for the WAP, including the minimum amount of water required for domestic use: 50 cubic liters per person, per day, of which 25 cubic liters per person, per day will be reserved during droughts for basic human needs meeting international standards. These guidelines helped ensure that stakeholders focused on the data findings and analysis in the WAP, rather than on the assumptions underlying the scientific assessments.

Draft the WAP, get stakeholder validation, and disseminate to the public

After SWP partners completed the scientific assessments of the river basin and stakeholders reviewed and agreed to the assessments’ conclusions, the task force of stakeholders led the drafting process of the water allocation plan for the lower Mara River Basin in Tanzania. When finished, the task force will submit the draft WAP to Ministry of Water and Irrigation officials for their validation and approval. When validated, the Tanzania WAP will be disseminated to all water users.