The Road to Self-Reliance

In the early 1950s, a cluster of islands emerged in the shallow Bay of Bengal. In 1979, the main island was named “Nijhum Dwip” (Silent Island) for its natural beauty and isolation. A dense mangrove forest developed over time, and the mudflats and shallow waters are a spawning ground for hilsha, the national fish, and internationally important for water birds such as the threatened Indian Skimmer.

In 2001, the Government of Bangladesh declared 16,345 hectares of coastal ecosystem as Nijhum Dwip National Park. However, for more than a decade, little was done to protect or manage this unique and fragile ecosystem. About 30,000 people now live on the island. As the population increased so did pressure on mangroves and fisheries. There are no alternative sources of energy, so families rely on the forest for fuelwood as well as timber for boats. Loss of trees makes people more vulnerable to cyclonic storms.

In 2014, the USAID-supported Climate Resilient Ecosystems and Livelihoods (CREL) project introduced co-management to Nijhum Dwip. This enables collaboration between local communities and government agencies to protect the park and 26 other ecologically important sites across Bangladesh. 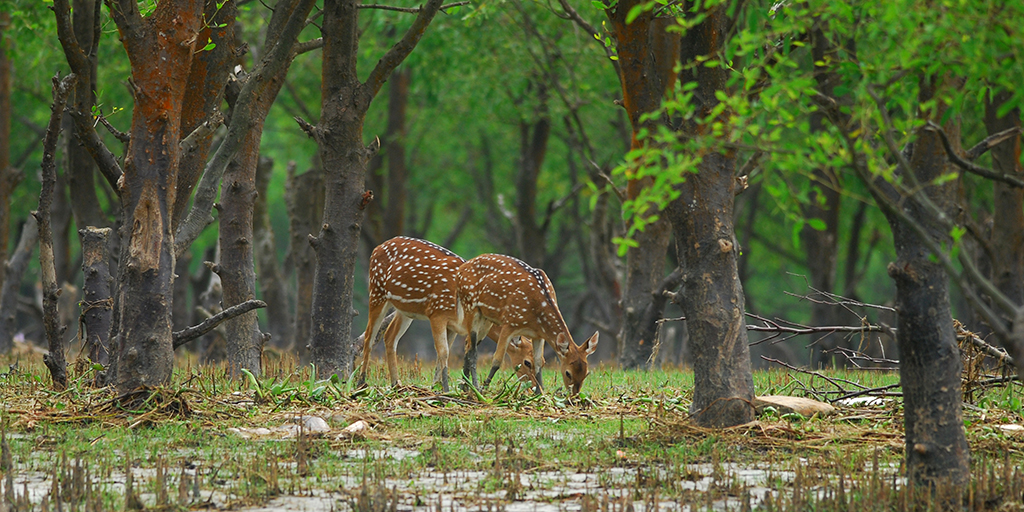 CREL builds on the work of three preceding USAID-funded initiatives aimed at establishing and building the capacity of local co-management organizations (CMOs): the Management of Aquatic Ecosystems through Community Husbandry (MACH) project, the Nishorgo Support Project, and the Integrated Protected Area Co-management (IPAC) project. The first three initiatives established 39 CMOs, and CREL worked with 29 of them. In total, CREL built the capacity of 45 CMOs (five newly formed under CREL and 40 established before CREL, including 11 not supported previously by USAID). Twenty-six of these are thought to be financially sustainable, provided they do not face unforeseen threats. Moving away from dependency on natural resources, the sustainable CMOs are currently implementing conservation-based activities related to landscapes and biodiversity, and have started to attract private sector funding to implement tourism-based enterprises.

Households that are most dependent on natural resources formed village groups, and these are represented along with local officials, elected representatives and other stakeholders in the CMO. In addition, these households are the primary beneficiaries of training and support to pursue alternative livelihood enterprises (including handicrafts, fish farming and high-value vegetables) to reduce their dependence on natural resources.

The villagers of Nijhum Dwip realized the importance of sustainable use and conservation of their ecosystems. With grant support from CREL and advice from both the Department of Fisheries and the Forest Department, the community established a fish sanctuary, which will restore fish stocks and the livelihoods of local small-scale fishers. The Nijhum Dwip CMO also developed a long-term plan and became active in warning vulnerable fishers and villages about impending cyclones. The CMO promotes livelihood diversification and climate resilient agriculture and strengthened local commitment to conservation. Waterbird numbers increased by 40 percent during co-management compared with the preceding five years. As one female CMO member said, “If forests exist, Nijhum Dwip will exist.” 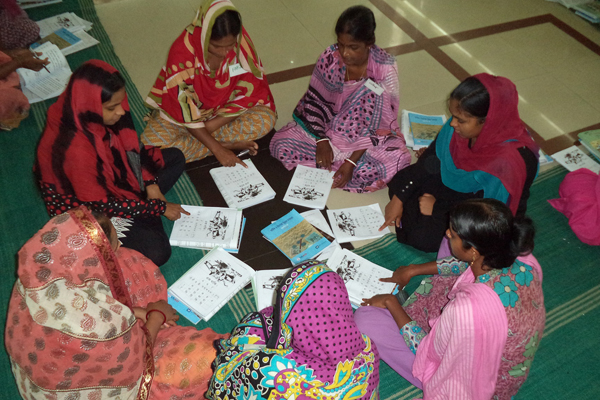 Establishing sustainable co-management takes time. CMOs that were established before Nijhum Dwip’s benefited from the construction of basic tourism facilities and grants to establish regular income flows from ecotourism-related enterprises. Overall, CREL worked with 45 CMOs in four regions. Comparing 2018 with 2014, CMOs having plans or actions to improve climate resilience increased from 9 percent to 71 percent, maintaining proper records increased from 46 percent to 84 percent, and putting women in decision-making roles increased from 21 percent to 80 percent.

Although Government of Bangladesh policies formalizing co-management now exist, the challenge remains of how these will be interpreted. For example, funds may not be released directly to CMOs, and entry fees and revenue sharing are yet to be established for several protected areas. Nineteen CMOs are still in need of continued investment to establish sustainable flows of funds for their operational costs. Although 36 of these CMOs have taken up conservation measures for species and/or ecosystems, there is much more scope for all CMOs to take actions to conserve landscapes, biodiversity and threatened wildlife, and to reduce human pressure on ecosystems. This would build on USAID’s investment and would ensure that all existing CMOs become self-reliant in delivering conservation and sustainable livelihoods.

The greatest challenge facing CMOs is their financial sustainability. CREL organized a national dialogue on Sustainable Financing of Co-Management and helped CMOs develop business plans. These plans identify potential streams of finance and in-kind support from government agencies, development partners, foundations, private sector and CMO enterprises. The program also helped pass the Ecological Critical Area Management Rules (2016) and the Protected Area Management Rules (2017), which enable CMOs to receive a share of financial incentives from the Government of Bangladesh if the ecosystems are conserved and utilized properly.

In April 2018, CREL held a National Co-Management Organizations’ Congress in Dhaka, Bangladesh, that brought together the Government of Bangladesh, USAID, CMOs, NGOs, universities, development partners and other donor organizations. The event marked the end of CREL’s support to the CMOs, showcased their accomplishments and highlighted required follow-on processes. The event showed the importance of the CMOs as a platform for conservation and paved the way for the Government of Bangladesh’s financial commitments to them.