Beating the Opioid Crisis: Transforming Stigma into Support for Prevention and Awareness

In addition to its public health toll, opioid addiction threatens economic health in the U.S.; Winrock and local partners are working with communities to reverse the trend.

Arkansas has the second-highest opioid prescription rate in the nation, according to the Centers for Disease Control and Prevention (CDC). It’s an alarming statistic: For every 100 people in The Natural State, physicians issued an average of 93.5 prescriptions of the highly-addictive, pain-relieving drugs in 2018, the latest year for which CDC data are available.

The numbers are sobering, because the simple act of taking a legally prescribed opioid medication raises a significant risk that a patient will form a substance use disorder. After only seven days of opioid usage, patients face a 10% chance of developing dependence within a year. And while opioid addiction could happen to anyone, the tragic consequences are felt heavily in rural communities, including Arkansas.

To raise awareness, and link Arkansans to resources to end opioid abuse, a new Arkansas PBS documentary focusing on the state’s struggle and response to the epidemic has been released, titled “7 Days: The Opioid Crisis in Arkansas.” The video premiered in October 2021 at the Hot Springs Documentary Film Festival, and includes testimonials from opioid survivors and family members, and interviews with Arkansas physicians, first responders, policymakers and other experts working together to end the scourge and support Arkansas communities affected by it. The film features a clip of Michelle Perez, program officer with Winrock’s U.S. Programs team, who manages the U.S. Department of Agriculture (USDA) Delta Understanding and Preventing Substance Abuse and Opioid Abuse in Rurality project, known as Delta UPSOAR. (See the “7 Days” trailer here.)

“It is a disease, rather than a moral failing,” Perez tells Emmy-nominated filmmaker Nathan Willis, “that then makes our brains think that what we need to survive are these substances over anything else, like oxygen, like food, family, and love.” Produced in partnership between Arkansas PBS and the Arkansas State Department of Education, the documentary was shown in Arkansas schools during national Red Ribbon Week’s Opioid Awareness Day on Wednesday, Oct. 27, 2021. 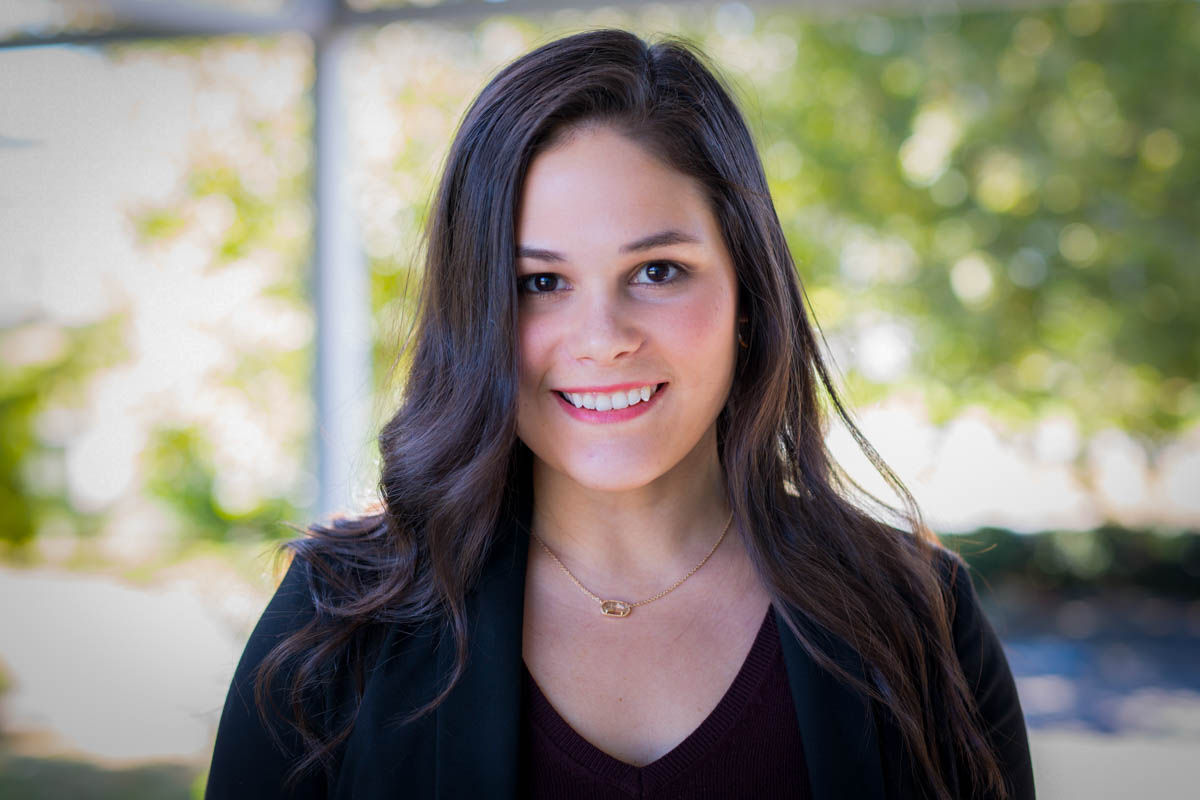 Through Delta UPSOAR, Winrock and its partners are reducing substance abuse stigma, promoting prevention and awareness of issues related to substance disorders and addiction, as well as how to find help. Perez, along with her U.S. Programs colleagues and partners including the University of Arkansas for Medical Sciences (UAMS), the Mid-South Health Systems, and Ozarka College, are focusing on outreach, awareness, and education, as well as both in-person and virtual trainings, in five counties located in the Arkansas Delta region.

Repeatedly using opioids, like hydrocodone, oxycodone, morphine, fentanyl, and heroin causes mental and physical dependence and overcoming dependence results in traumatizing withdrawal symptoms. As use continues, the body develops increased chemical tolerance, requiring even larger and more dangerous doses to achieve the same results. This snowball effect leads increasingly desperate users to search for cheaper, more powerful forms of the drug, such as those that include fentanyl, which dramatically increases the risk of an overdose.

In addition to the tragic loss of life and related health care and other costs, the opioid epidemic is wreaking havoc on rural economies in the Delta, a region already suffering from economic woes, compounded by the ongoing COVID-19 pandemic. Winrock’s U.S. Programs Senior Director Linsley Kinkade says the effects of the opioid epidemic are keenly felt in the state. “The opioid crisis is a threat to health and prosperity in Arkansas and across rural America. To grow resilient rural economies, we must address this problem. In rural places like the Arkansas Delta, access to health education and care opportunities are critical for thriving, successful communities.”

Outreach and awareness materials developed and distributed to communities through UPSOAR are improving the public’s understanding of the science behind opioid dependence, and equipping people to more rapidly recognize and effectively respond to signs of dependence, misuse, and overdoses. Such information and training provide support to communities while helping build healthy habits for opioid usage disorder recovery, removing the associated stigma, and ultimately, preventing substance abuse.

UPSOAR incorporates innovative simulation tools provided by UAMS, including high-fidelity, computerized mannequins that simulate the body’s reactions – such as shallow breathing, lack of consciousness and heart pulses ─ to an overdose, creating a realistic glimpse of what happens, and preparing participants to effectively respond and help.

In addition to simulations, UPSOAR trainings walk adults and young adults through recommended response protocols, including calling 911, and, if available, proper administration of Narcan (naloxone), a federally-approved nasal spray that, if given quickly enough, can save the life of someone who is overdosing. Narcan works by blocking access to opioid receptors and restoring normal respiration but does not cause harm if administered to someone who is not actually overdosing. With a shelf life of 18-24 months, Narcan is accessible in Arkansas pharmacies and can be obtained without a prescription in Arkansas, due to a 2017 executive order signed by Arkansas Gov. Asa Hutchinson. “The effects of opioid addiction — on individuals, families, and our state — are staggering,” Hutchinson said when he signed the order. “Reports of drug-related injuries and deaths across the nation are increasing, and sadly, we’ve seen the tragic effects of this epidemic on the communities in our state, as well.” 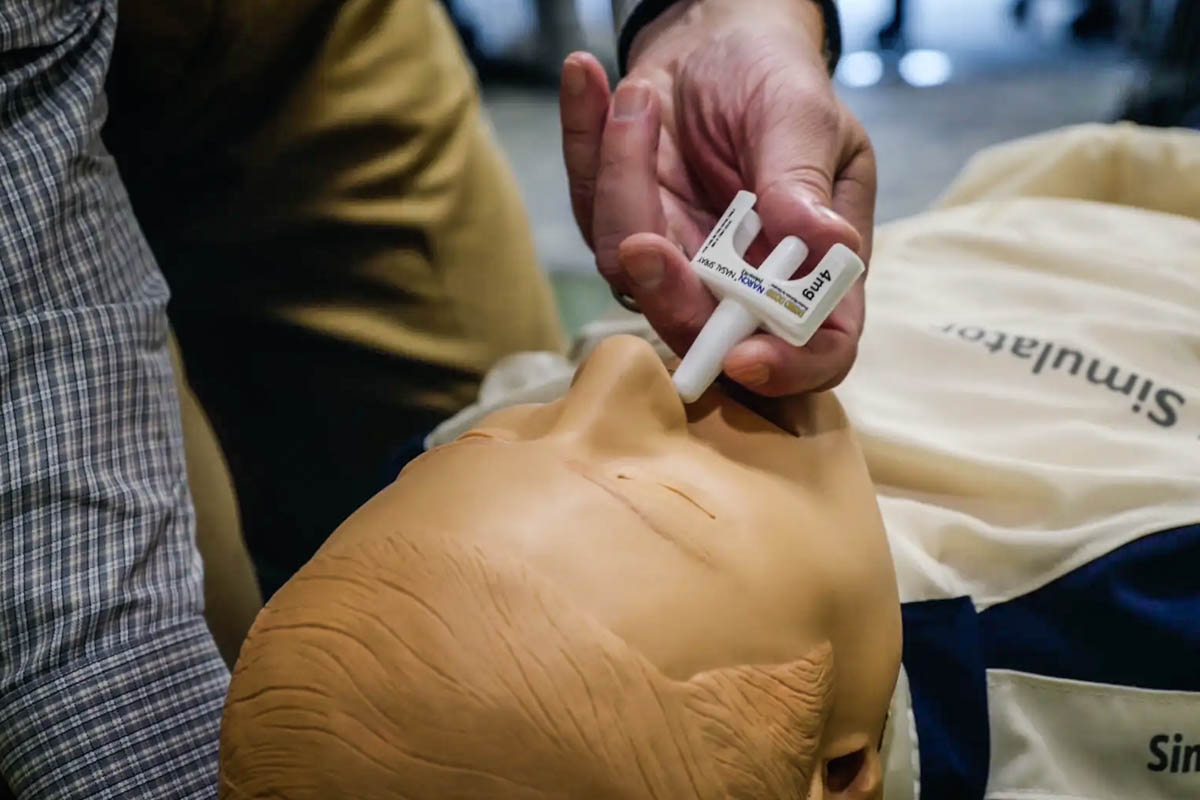 Ensuring that Arkansas communities have access to practical information about what they can do in real-time to effectively respond to and prevent substance abuse disorders and related emergencies is essential, Perez says. “What we’ve found is that a lot of work had been happening to educate first responders, police, those on the response side of opioid use disorders, but there wasn’t a lot of awareness and prevention education to the average person. Especially in these rural towns, where they’d been so severely impacted that they had the highest rates for prescriptions, not only in the state but in the nation … In these rural towns, a 911 call can take 20 minutes to arrive. That’s too long for a person going through an overdose.”

UPSOAR includes outreach to youth through schools in the five targeted Delta counties. Specifically tailored for students, presentations tell the story of “Jane,” a fictional character who is a star high school athlete. An injury causes her to be hospitalized and undergo surgery, with a subsequent prescription of opioids for pain. As she embarks on physical therapy, Jane finds the pills not only help with recovery but allow her to push even harder. Her parents notice her progress and continue to refill her painkiller prescriptions.

Community members need to educate themselves to prevent and respond to opioid dependency, misuse and addiction, before it becomes a problem, says Thomas Norton, a program coordinator with Mid-South Health Systems. “Don’t assume that you know what addiction is. If you think you know somebody, and you’re concerned about them struggling with addiction, ask yourself how or what you might be addicted to, and that will help you approach them in a way that’s loving.” Mid-South Health Systems leads community discussions about addiction and makes referrals to people in need of peer support, linking them to recovery resources, rehabilitation centers, counseling, and group therapy.

Since its launch in 2019, UPSOAR has reached 551 adults and 206 youth in the Delta region; of those, 86 people have participated in simulations conducted virtually due to COVID. The project has developed 10 interactive modules, five educational videos, and plans to complete 20 additional trainings by 2022. Free, online educational tools are available via a UAMS project page. Winrock’s educational handout, video and a Community Resource Guide also are available online, enabling community members to conveniently research verified information about the opioid crisis and what they can do to help.

Though the COVID crisis delayed some of UPSOAR’s planned in-person activities, including simulation trainings, the project’s original goal of reaching over 1,600 adults and 3,640 youth will likely be surpassed, because the project has expanded virtual outreach and training. Many of the organizations and schools that have already participated virtually in UPSOAR training and outreach activities requested that Winrock return to complete additional trainings to a wider, in-person audience. This fall, the program will reach the remaining schools across the five-county targeted UPSOAR region with practical information that is helping to reduce stigma and encourage families to seek support and solutions.

“There’s this general sentiment that if someone became addicted to opioids, it’s a matter that they are not strong enough, or they don’t have strong will,” Perez says. “When in reality, these chemicals affect the way that your brain operates. It’s not a moral failing or a lack of will, it’s a disease. We wanted to make sure the general population understood that this is a disease because it could happen to anyone … it could happen to me. It also means there’s hope for treatment and for living in recovery.”

The “7 Days” documentary was shown to Arkansas Department of Education officials at 10 a.m. on Oct. 27, 2021, followed by a panel discussion with Arkansas State Secretary of Education Johnny Key and federal and state officials. To see the full Arkansas PBS documentary on YouTube, click here.