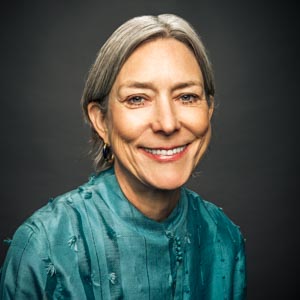 Winrock Board Vice Chair, EVP & COO of The Asia Foundation

Suzanne E. Siskel is executive vice president and chief operating officer of The Asia Foundation. She worked at the Ford Foundation from 1990 to 2011, serving in various leadership positions in field offices in Southeast Asia and in its New York headquarters. Most recently she was Ford Foundation’s director of Social Justice Philanthropy, overseeing efforts to mobilize philanthropic resources and to build strong local and regional foundations engaged in social development in the United States and throughout the world. Siskel joined the Ford Foundation in 1990 as program officer for Rural Poverty and Resources in Jakarta and later was representative in Indonesia and the Philippines. In these roles she was engaged in strengthening civil society; promoting economic development and community-based natural resources policy; and enhancing local capacity for socioeconomic research and analysis. Moving to New York in 2005, she directed Ford Foundation’s Community and Resource Development unit, providing support to organizations working in community development, local philanthropy, sexuality and reproductive health, and environment and development in Africa, Asia, Latin America, Russia and the United States. Trained as a social anthropologist, Siskel has served variously as a consultant, university teacher and researcher throughout Indonesia, in rural northeast Brazil, and highland Chiapas, Mexico. She first lived and worked in Indonesia as a member of the first cohort of Luce Scholars in 1974 and later returned there as a Fulbright scholar and development advisor. She recently completed a three-year tenure as president of the Fulbright Association, and also served on the Governing Council of the European Foundation Centre. Currently she is a member of the Global Philanthropy Committee of the Council on Foundations and serves on the board of the Youth Orchestra of the Americas. Siskel studied anthropology, receiving her bachelor degree from Harvard University and her masters from The Johns Hopkins University.