From Farm to School

How the ARISE Project is putting children back in the classroom.

Like many young people in the Lilongwe district of Malawi, 15-year-old Mkasauka Laitani is the child of smallholder farmers. And like many, her education suffered in the wake of economic difficulty. School is expensive, with money needed for uniforms and fees, and when the family struggled, she and her siblings left the classroom for the tobacco fields, a hazardous form of child labor in most countries due to the heat, long hours and exposure to chemicals. Mkasauka was only in third grade.

“[Mkasauka] and her brothers resorted to working on tobacco farms and doing other forms of piece work [day labor] to support our household,” Mkasauka’s mother, Juliana Laitani Mtewa, says. “We could not afford school development funds and decent uniforms for our children.”

The tide began to turn for Mkasauka’s family when the Winrock-implemented Achieving Reduction of Child Labor in Support of Education (ARISE) project, funded by Japan Tobacco International (JTI), introduced its activities in the community. With support from the Women’s Agribusiness Group (WAG), Mtewa began to sell fritters near the school and use the money she earned to help support the family.

The extra income even made it possible for Mkasauka and her siblings to re-enroll in school. But it didn’t solve every problem. It was still hard to buy school uniforms, Mtewa says. 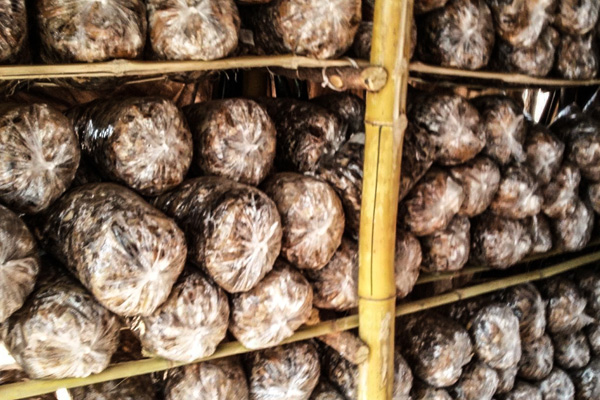 Once again, though, there was help. In September 2016, ARISE partnered with the Lilongwe University of Agriculture and Natural Resources to teach members of both WAG and the Youth Producer Club how to grow and market mushrooms to individuals, hotels and supermarkets in Lilongwe, Malawi’s capital city.

By selling together, Mkasauka’s mother earned the equivalent of almost $450 US by selling the mushrooms she grew. Not only that, but the group set aside 60 percent of profits to buy uniforms for 30 schoolchildren — one of whom was Mkasauka.

Now Mkasauka is in Standard 6 (or sixth grade) at Kathonga Primary School, and attends afterschool activities three times a week. Since she returned to school, she even dreams of being a teacher. With her family on stronger economic footing, her work has a new purpose: She’s studying hard so she can someday share the gift of learning with others.