Hydraulic Despots and the Origins of Water Planning

David Purkey of the Stockholm Environment Institute explains how water planning began -- and how it looks today.

To understand modern water management, it helps to go back thousands of years, to the Hydraulic Empires of Ancient Egypt, Mesopotamia, China and Mesoamerica. These early advanced civilizations grew out of the need to divert water for human use and to harness the power of flowing water.  The more control the ruling elites took over managing water, the more their power grew. 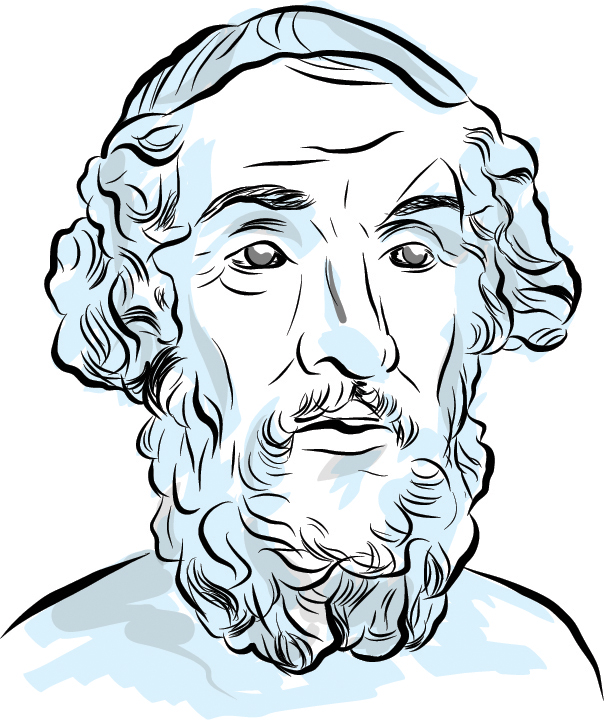 Peisistratos, known as the “Tyrant of Athens” — builder of the first aqueduct. Graphic by Jessica Kelley.

These elites also have another name: Hydraulic Despots. Rulers initiated large-scale projects without broad support from their subjects. Peisistratos, also known as the Tyrant of Athens, famously built the first aqueduct in Athens, and then instituted a tax on the population to pay for it. Some suggest that resistance to these taxes contributed to the formulation of the Athenian Democracy.

As subjects transformed into citizens, they increasingly expressed their own views on the proper course of social evolution – including on the managementof water resources. Thus began the process that continues today: water management defined by a chaotic cacophony of divergent opinion. 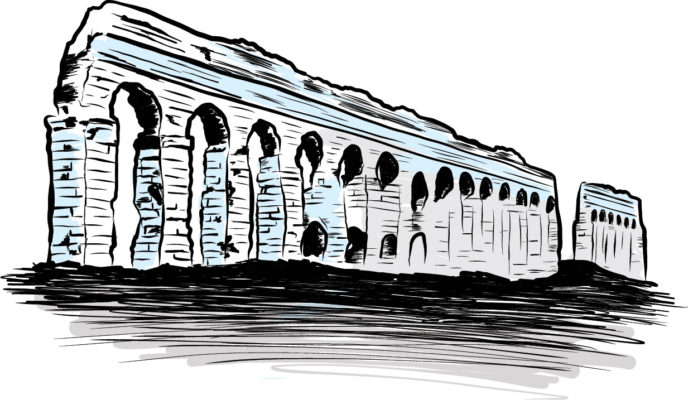 It’s been a bumpy road. History abounds with examples of water projects that ultimately destroyed the systems they were meant to sustain. Recent leaders and their water managers have learned that the success of a water project or policy no longer rests solely on society’s ability to direct resources. Instead, success means the project achieved its goals without creating unacceptable negative consequences for citizens. The challenge is anticipating what those negative consequences might be. 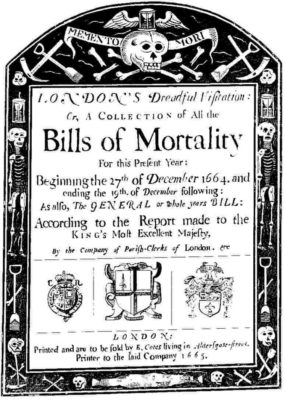 It is difficult, however, to anticipate all the cumulative impacts of a water management decision, especially when that decision disrupts natural hydrologic processes. But those impacts – even when uncertain – must be considered lest the interest of some citizens be compromised. This is the basis of risk analysis underlying so much of modern decision-making, departing from millennia of reliance on sheer political power and on the prophets and soothsayers deployed in support of the powerful.

The origins of today’s risk analysis can be traced back to 1662. That year, John Graunt published his book, Natural and Political Observations made upon the Bills of Mortality. It used the compilation of births and deaths in London between 1604 and 1661 in an effort to estimate future demographic patterns in London. This was monumental, suggesting for the first time that data and analysis could actually be harnessed to guide decision-making and improve outcomes.

Based on Graunt’s ideas, the following centuries gave rise to several familiar and still widely used analytical methods in the water management arena.

Cost-benefit analysis (CBA) dates back to the mid-1800s. The United States broadly applied it to the water sector in 1936; a later law defined CBA as assuring that “the benefits to whomever they accrue [be] in excess of the estimated costs.” The simple and logical approach of such a planning process helps explain why CBA is still used today.  However, past projects have revealed the full scope of unforeseen costs and externalities. For example, reservoirs producing hydropower affect natural river regimes and the flora and fauna that depend upon them. Some factions want these environmental costs to be considered in a cost-benefit analysis – but they are hard to put in monetary terms, and they do not directly correspond to money earned or spent. 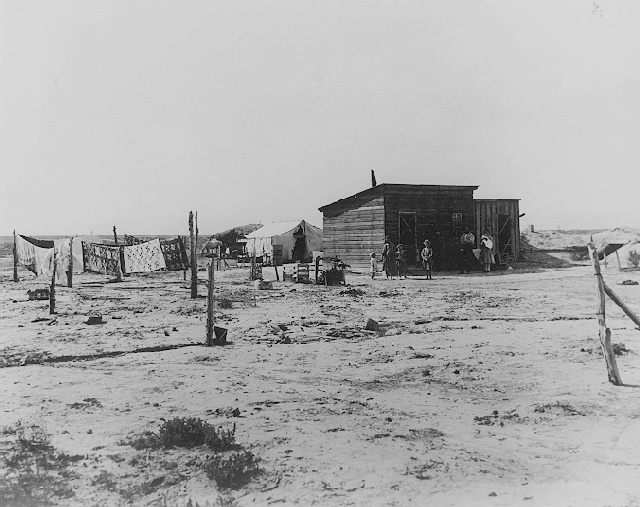 Waiting for water on the Grand Valley project, Colorado. The home of B.B. Freeman and family, who had been waiting for water for six years. 1913. Photo courtesy of U.S. Bureau of Reclamation.

In the early 1900s, the U.S. Bureau of Reclamation embarked on what has been called the largest social welfare program in American history: the construction of reservoirs to supply irrigation water to the rural American West. Such socialwelfare programs aim to provide assistance to the needy; in this case, the beneficiaries were poor farmers trying to make a living in an arid environment. The government makes the decision to direct funds based on the need of a group of citizens, without relying on a cost-benefit analysis on individual projects.

These efforts have led to great strides in the agricultural productivity of the American West. But flaws have emerged. Instead of helping the target population, some interventions end up benefiting unintended recipients, such as large corporations. In the West, for example, the reservoirs increasingly benefited large farming conglomerates that purchased the land of small farmers. Therefore, broad social welfare approaches must be applied based on a clear definition of the intended outcome, and then monitored and evaluated to ensure the interventions are benefitting the populations they were intended to support.

A target-based approach to water resources decision-making will seek projects that meet a specific target – such as water supply, food security or flood protection – and then choose between them. The target is the first objective; all others, including cost, are secondary. In 1977, UN member states set a target of ensuring an adequate supply of quality water for all people by 1990. The target was not achieved, but the Sustainable Development Goals continue to use target-based approaches in structuring water resources goals. 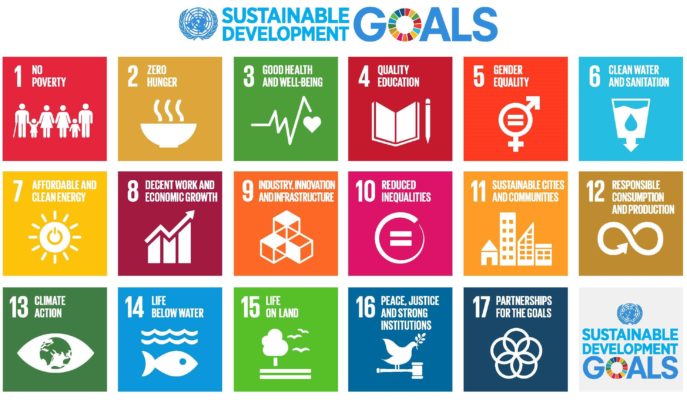 The UN’s Sustainable Development Goals (SDGs) — an example of the target-based approach.

The challenge with this approach is that it narrows the focus, making it difficult to consider potential co-benefits or unintended consequences. Pursuit of a narrow target can blind decision makers to both potential synergies and avoidable tradeoffs.

All three approaches have much to recommend, in terms of their established practice and their clarity of outcome. But they are becoming outdated with the increasing reliance on participatory stakeholder processes and a growing recognition that rigid analysis is not appropriate in the face of future uncertainty.

What is the solution? Water managers and experts are rising to the challenge, experimenting with novel approaches that prioritize participatory processes and identify strategies that work across a range of uncertainties. 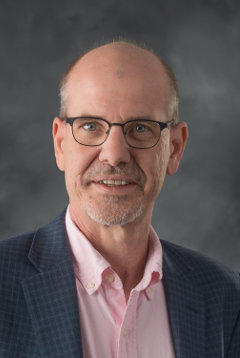 Senior scientist David Purkey leads Stockholm Environment Institute (SEI)’s Water Group. Much of his work centers around the development, dissemination and application of SEI’s Water Evaluation and Planning (WEAP) system. His research interests include understanding the potential impacts of and adaptation to climate change in the water sector and aquatic ecosystems, integrated water resources management that focuses on linking the management of surface water and groundwater to meet a broad spectrum of objectives, and equitable management of transboundary water resources.

David and his team are experienced in applying a range of hydrologic, hydraulic, and planning models in setting as diversion as California, the US-Mexico border, the Great Lakes, West and Southern Africa, and Latin America.

David has previously served as the theme leader of Managing Environmental Systems.

David received his Ph.D. in hydrology from the University of California, Davis in 1998 and holds a B.A. in Geology from Carleton College in Northfield, Minnesota.