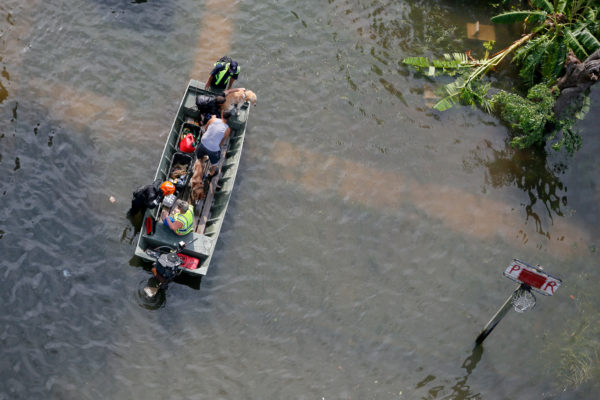 Arriving in Katmandu days after Hurricane Harvey made landfall, I watched footage of the storm’s torrential rains batter southern Texas and saw heartbreaking images of families trapped on rooftops surrounded by toxic stormwater.

Here in Nepal, more than 13,000 kilometers (8,077 miles) away from Houston, the worst monsoon season in years is also inundating villages outside the capital. Extreme flooding has killed more than 1,400 people and impacted 41 million people across South Asia, and heavy rains have also claimed lives in Sierra Leone, China, Indonesia and Niger.

Two years ago, my own city Chennai was underwater after an unprecedented monsoon caused local lakes to breach their banks. My heart goes out to families who have lost loved ones and to those who now face the daunting task of restarting their lives.

As floodwaters recede, communities around the world must rebuild. While more affluent residents can move to higher ground, poor families will have little choice but to reconstruct their homes in the same vulnerable neighborhoods. But with increasingly unpredictable, intense weather forecasted, many will soon again find themselves wading through waist-high water or evacuating.

In this warming world, we must make smarter decisions. Communities from Houston, Texas to Mumbai, India can all learn from these three lessons.

It sounds obvious, but we must plan for climate change. Too many communities around the world still lack good resilience strategies and the institutional memory to help citizens withstand climate-related disasters. But when policymakers do factor climate change into decision-making, they can help reduce risks and prepare for climate impacts.

Surat, a city of five million people on India’s western coast, is no stranger to floods. It has witnessed 23 in the past 100 years, including an especially destructive flood in 2006. Since then, climate experts have worked with hydrologists to develop new dam protocols to protect the city, and they have trained the public works department staff to manage the dam’s water releases more effectively in a changing climate.

Similarly, Dutch officials in Rotterdam are redesigning the sinking city to adapt to sea level rise. The government built a massive sea gate to shield citizens from storm surges, and it constructed lakes, public parks and garages to act as reservoirs if the ocean breaches the gate.

By integrating resilience into decision-making, officials in both Surat and Rotterdam have successfully prevented sea level rise and heavy rains from devolving into severe flooding.

Go with the Flow and Respect Natural Infrastructure

Mumbai urban planners have also compromised natural flood management infrastructure, like mangrove forests. Office complexes and apartments have sprung up on the wetlands and mangroves that once helped contain monsoon rains.

It doesn’t have to be this way. Surat officials also approved construction along the banks of a river that winds through the city. But after the 2006 flood, businesses, government agencies and civil society organizations formed a partnership, the Surat Climate Change Trust, and halted construction on the riverbanks. Now the river flows freely, and the city has plans to conserve its coastal ecosystems, including its mangroves forests, which will slow sea level rise and weaken future flooding.

Poor communities—those who live on the cheapest land available, like floodplains, and who lack the resources to evacuate—suffer most when disasters strike. Harvey hit Houston’s low-income neighborhoods hardest. Residents of the low-lying areas say that they have received little help evacuating, and many are struggling to find food, water and shelter. Long-term, they worry about the costs of rebuilding and if they can afford government aid loan programs.

Likewise, in Mumbai, informal settlements sprawl across the city’s most vulnerable areas. These citizens are the first to lose their homes, livelihoods and sometimes their lives during monsoon season. 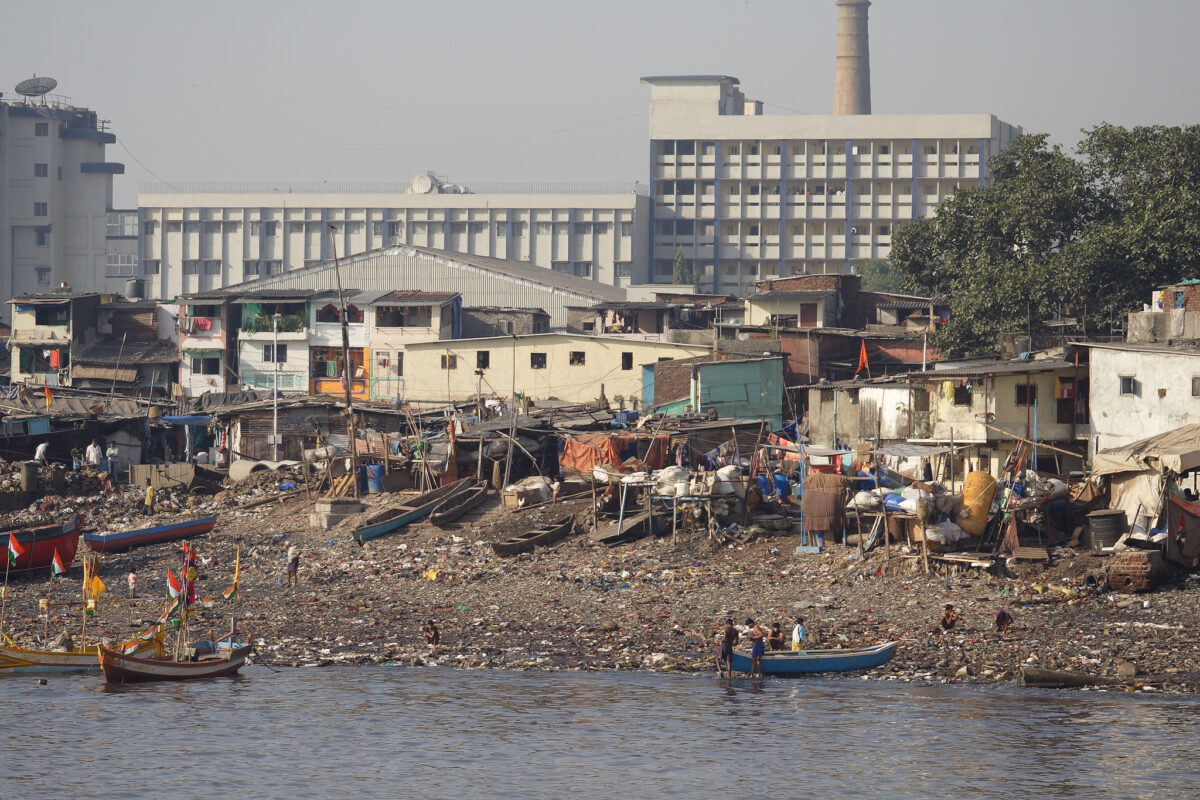 Waterside homes in Mumbai. Flickr/Department of Foreign Affairs and Trade

Many in these vulnerable communities are also climate resilience leaders. In Bangladesh, villagers developed early warning systems and cyclone shelters that have dramatically reduced fatality rates. Community networks in Chennai played an instrumental role connecting people to rescuers, financial aid and medical care during the 2015 flood.

Hurricanes like Harvey and intense flooding will become commonplace in a changing climate. We know that rising sea levels will cause storm surges to swell to new heights, and warmer ocean temperatures will intensify hurricanes. As I write, Caribbean countries are bracing for Category 5 Hurricane Irma, one of the strongest storms ever recorded in the Atlantic. Millions now stand in the path of the potentially catastrophic hurricane, and those who can are already evacuating. At the same time, precipitation patterns are shifting. Equatorial regions are losing rainwater, while other parts of the world are suffering from increasing rainfall. To keep our heads above water and weather these storms, we must protect people by building stronger, more resilient communities.

This piece originally appeared on the World Resources Institute website.

Arivudai Nambi Appadurai (Nambi) is the India Adaptation Strategy Head for the Climate Resilience Practice and WRI India. Nambi is a climate change adaptation specialist with research and project management experience at the national and international levels. Most of his research has focused on climate risk management and adaptation in Asia and Africa. He has extensive experience using participatory approaches to support climate risk mainstreaming, as well as working with both communities and government officials on climate risk planning and up-scaling best practices. He is currently exploring ways to integrate adaptation into development processes at the national and community levels, and he is developing partnerships and strategies for WRI’s climate adaptation work in India.

Feature photo: Paddling away from floods in Pakistan in 2010; flash flooding in Karachi killed more than a dozen in August. (Flickr/IRIN News)