“Human trafficking is a global threat that deprives too many people of their dignity and freedom,” said Ambassador Murphy.  “It undermines national security, distorts markets, and enriches transnational criminals and terrorists and is an affront to our universal values.  Today’s launch represents our commitment to help protect Cambodians from this scourge.” 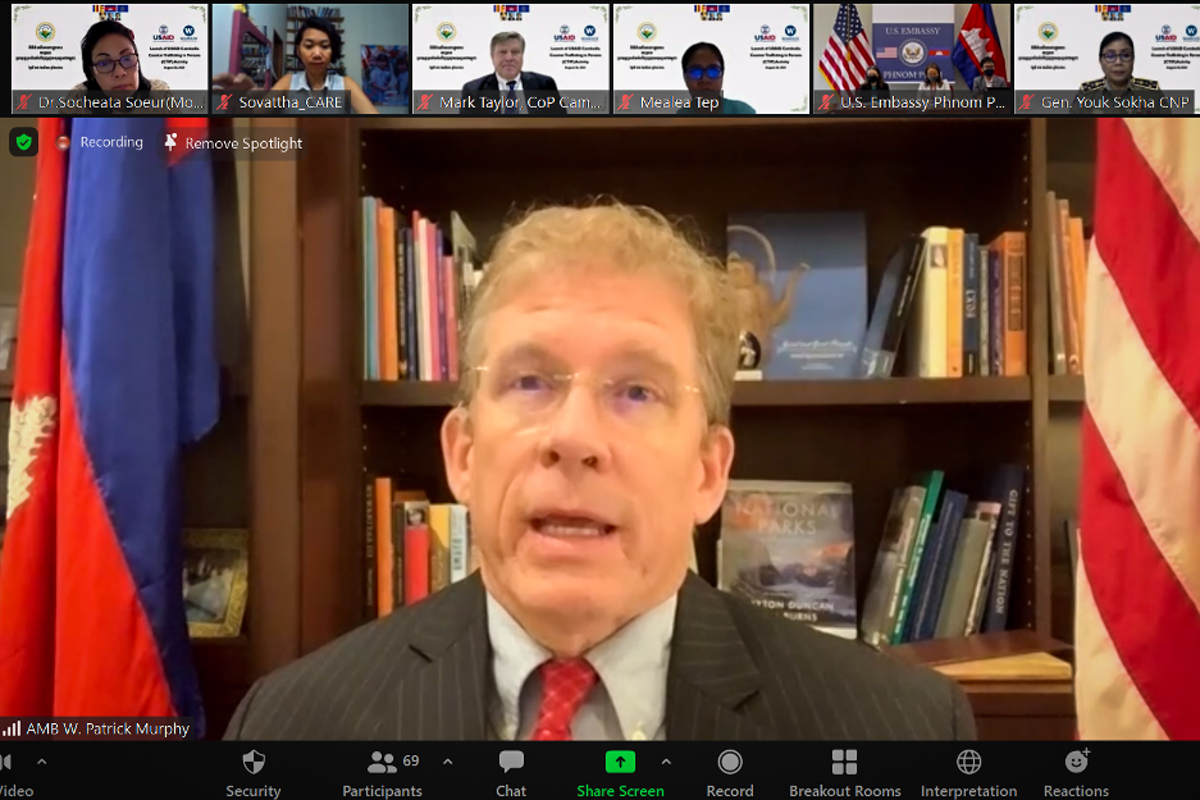 Winrock International, which partnered with USAID to oversee the previous CTIP project, will manage the activity.  While eight provinces comprise the activity’s target area, CTIP’s services to survivors of human trafficking will span all of Cambodia.

“The Royal Government of Cambodia, through NCCT, will continue to work closely with USAID via Winrock International Program on Cambodia Counter Trafficking in Persons by focusing on multiple fronts such as Prevention, Protection, Prosecution (or Accountability), and Partnership,” said Her Excellency Chou Bun Eng.  “No matter how many layers of challenges we are facing, we never stop.  We commit ourselves to collaborate with all relevant partners, countries, and regional bodies to eradicate all forms of human trafficking and exploitation for the promotion of and respect for the rights, dignity and social justice for humanity.” 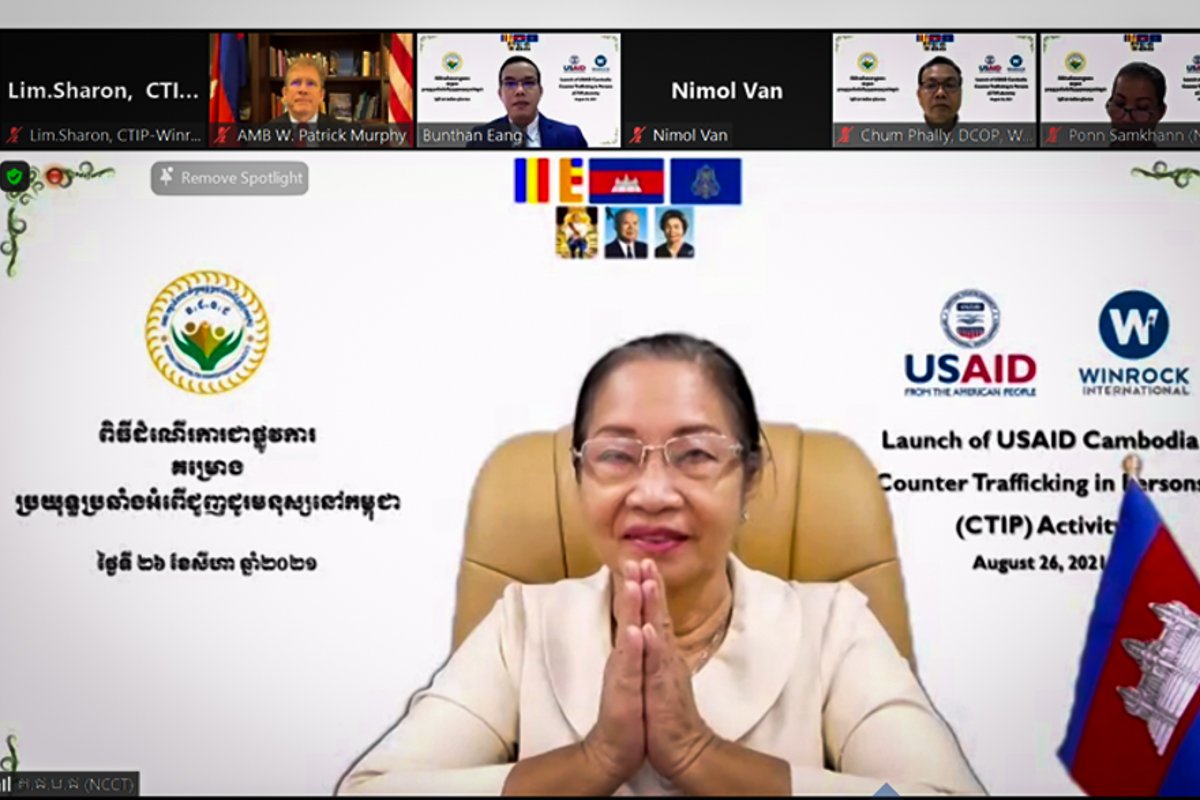 Cambodian government representatives, beneficiaries from previous CTIP programs, international NGOs, local organizations, private sector actors, USAID, and other U.S. Government agencies witness the launch event, which underscores the urgency in Cambodia’s fight against human trafficking.  The launch featured the testimonies of beneficiaries of previous CTIP activities in Cambodia and shed light on the challenges facing counter-trafficking efforts in the Kingdom and across the region.

The new activity will support migrants and at-risk persons through innovative livelihood and skill-building opportunities, reducing the incentive to seek risky livelihood opportunities far from home.  It will also build on the Cambodian government’s anti-trafficking initiatives and bolster a holistic provision of services to survivors of human trafficking.

About the U.S. Agency for International Development

USAID was founded in 1961 by President John F. Kennedy and serves as the lead agency of the U.S. Government for foreign assistance. Since 1992, USAID has invested approximately $1 billion towards Cambodia’s development.  For further information about USAID Cambodia, please visit www.usaid.gov/cambodia

Winrock International is a recognized leader in U.S. and international development with a focus on social, agricultural, and environmental issues. Inspired by its namesake Winthrop Rockefeller, Winrock combines scientific and technical expertise with entrepreneurial innovation to deliver market-based solutions that improve lives around the world. Winrock’s mission is to empower the disadvantaged, increase economic opportunity and sustain natural resources across the globe. For more information about Winrock International, please visit www.winrock.org

The five-year (2021-2026) USAID Cambodia CTIP activity builds on the progress of previous USAID programming in Cambodia by promoting the empowerment of migrants and at-risk persons through innovative livelihood and skill-building opportunities. Economic disparities push many Cambodians to undertake risky migration that traps them into servitude abroad or pulls them into indebtedness that bonds them to unfree labor at home. In partnership with the Cambodian government, the private sector, and civil society organizations, Cambodia CTIP will work in eight provinces (see map) assessed as hot spots for trafficking and risky migration. The activity will also build on the Cambodian government’s anti-trafficking initiatives and bolster a holistic provision of services to survivors of human trafficking while addressing the root causes of exploitation in key sectors of the economy. For more information about CTIP, please visit https://winrock.org/wp-content/uploads/2021/05/Cambodia-CTIP-Fact-Sheet-2-pager.pdf