No Water, No Power 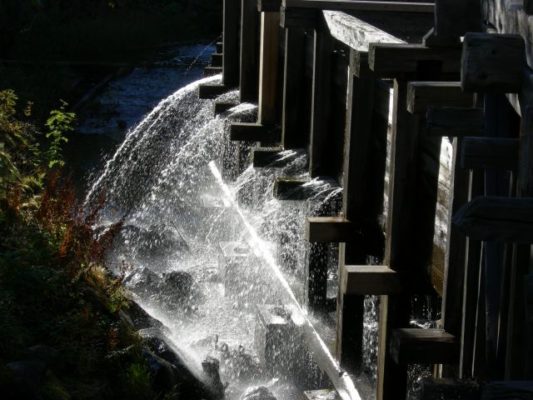 In 2017, drought in Kenya and neighboring countries became so severe earlier that the government of Kenya declared a national disaster. Already, the effects have been devastating: Food production dropped, leaving more than 2.6 million people without access to sufficient food. Some villagers have lost 40 percent of their livestock.

Amidst the human tragedy of this drought, an unexpected actor faced shutdowns and economic losses due to water scarcity: the power sector. Almost 70 percent of Kenya’s electricity is generated by two water-dependent sources: hydropower and fossil fuels. According to Business Daily, the drought has caused Kenya’s reserve energy margin—the amount of energy needed to meet peak demands— to drop to 4.4 percent, far lower than the recommended 15 percent needed to minimize risk of blackouts.

Kenya isn’t the only country whose electricity supplies have been impacted by scarce water: In 2016 India’s coal power sector—which is highly dependent on water for cooling—suffered profit losses of, at minimum, $350 million due to severe drought.

As energy demand from industrial and domestic uses increases and water availability decreases, the energy industry in Kenya, India and other water-stressed locations around the world face increased business risks.

Hydropower and thermoelectric power make up 98 percent of the world’s electricity generation. These two most common forms of power are also the most water-intensive, which makes them extremely vulnerable to drought, competition over water resources and other water shortages.

Hydropower’s dependency on ample water resources is clear. Dams convert falling water—mechanical energy— into electrical energy. Without water, there is no energy source to convert. Such is the case during Kenya’s drought.

The water intensity of thermal power plants, however, is not immediately obvious. Thermal power plants use fuel to create heat, which is then converted to electrical energy. These plants whether fueled by coal, natural gas, nuclear energy or even solar thermal electric energy—often require water to cool down plants’ high temperatures. A water shortage—or water with too high of a temperature—can impede this process.

Water is also integral to a plant’s core functioning, since heating water into steam powers the turbines of most thermal power plants. Many thermal power plants are located next to bodies of water, so that they can easily withdraw what they need. When water supply is interrupted, a plant could suffer generation disruptions, or even shut down completely. 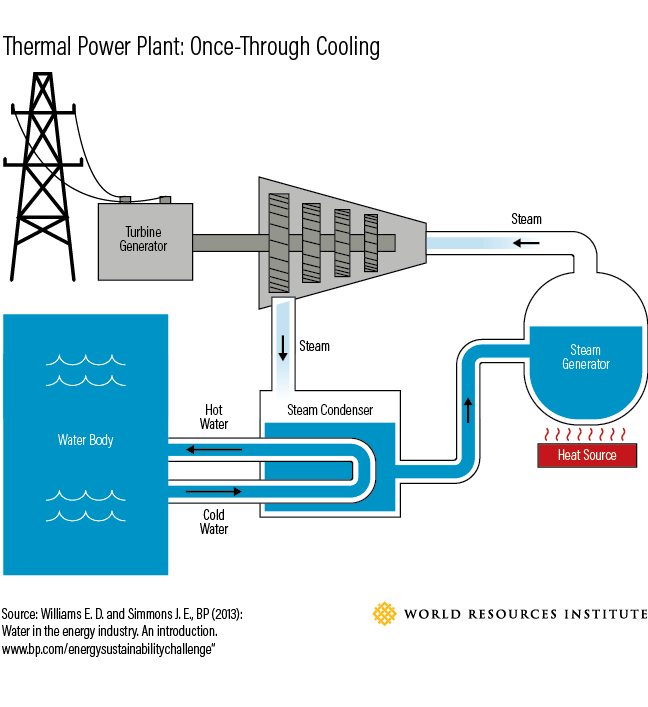 In 2016, the World Energy Council warned, “we will start to see the effects of water scarcity on energy supplies in the very near future.” The effects are already starting to show, as evidenced by Kenya and India’s droughts and subsequent power plant curtailments. This issue is not unique to one country or continent; power plants from Asia to Europe to Africa to the Americas are suffering due to water scarcity. Some examples: 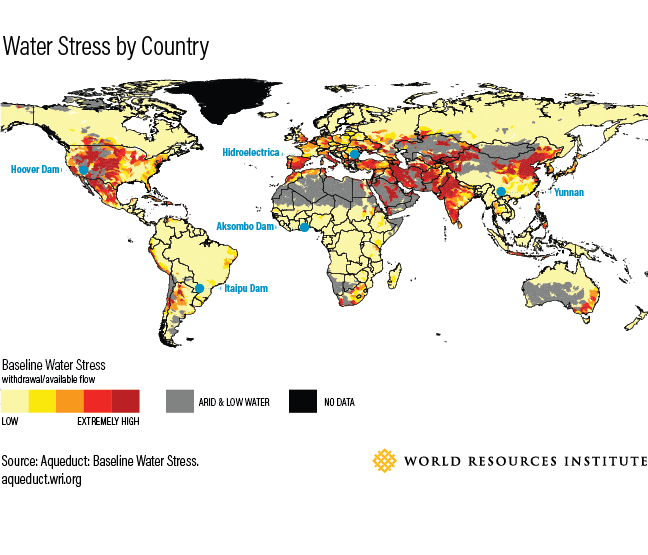 The International Energy Agency’s World Energy Outlook 2016 found that energy production currently accounts for 10 percent of the world’s total water withdrawals – most of which is used in power plant operations. If current trends continue, hydro and thermal power’s thirst for water will increase even more. This would result in even higher water withdrawals and water consumption (due to water that is withdrawn and lost to evaporation during the thermal power process).

The more the energy sector depends on water, the more it exposes itself to vulnerabilities. At the same time, climate change is bringing warmer temperatures, increased variability, and increased water scarcity in mid-latitude zones —all which negatively impact the electric power industry. The more the climate warms, the more the power sector will suffer: Experts predict that power production in European thermal plants could drop by 19 percent between 2031 and 2060 due to shut-downs impacted by climate change.

In places projected to face both higher temperature and lower precipitation—such as South America and parts of southern Africa—energy generation will feel the pain of climate change to an even further degree. There is a troubling overlap between water-stressed areas and those that need energy the most: In sub-Saharan Africa, which includes dry areas like drought-stricken Kenya, seven out of ten people lack access to electricity. If thirsty forms of energy are used in these areas, shutdowns due to water shortages may ensue. 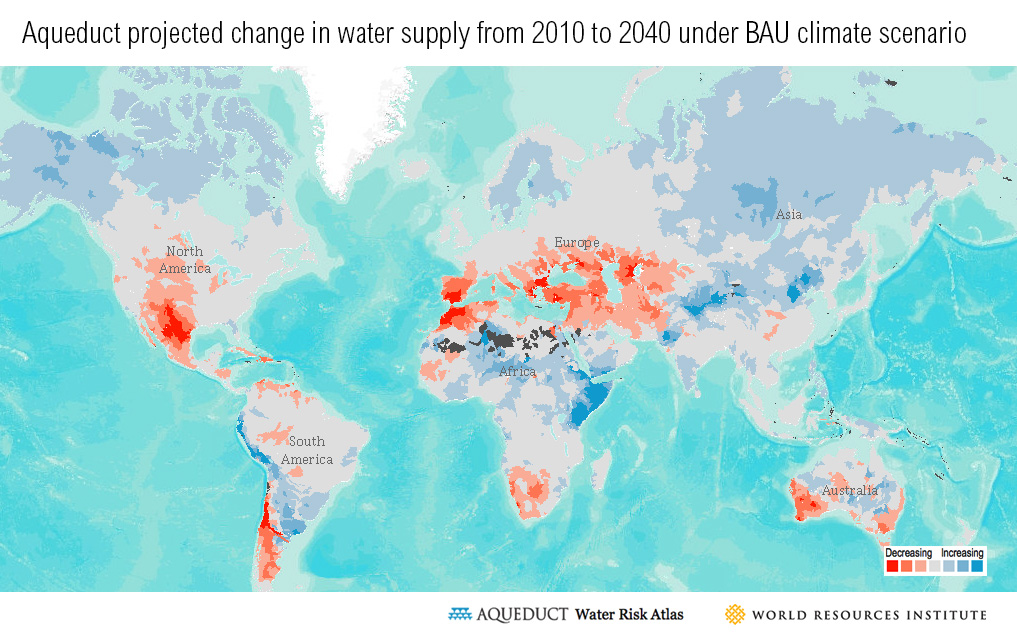 It’s important that power plants in vulnerable regions act early by developing climate adaptation strategies and investing in technologies that can save water (such as dry cooling and wastewater recycling) to reduce potential water-related risks. Beyond power plants and dams, renewable energy technologies such as solar photovoltaic cells and wind energy are less dependent on water. In China, WRI is using our Baseline Water Stress: China tool to map intersections of water stress and thermal power generation across the country. In addition, we’re measuring the competition for water between the power sector and other sectors – such as agricultural and domestic users. With more information about where and when power plants compete for water with other thirsty sectors, policy makers can make informed decisions about the tradeoffs of switching to less water-intensive options for energy production in the future.

Header image: Almost all of the world’s energy generation depends on water in one way or another. Flickr/Global Water Partnership.