On the Frontlines of Climate Change

A year after the USAID Climate Resilient Ecosystems and Livelihoods (CREL) project ended, Winrock revisits local communities to see how Bangladesh continues to fight back as the global climate crisis deepens.

Posted on December 9, 2019 by Matthew Maltby 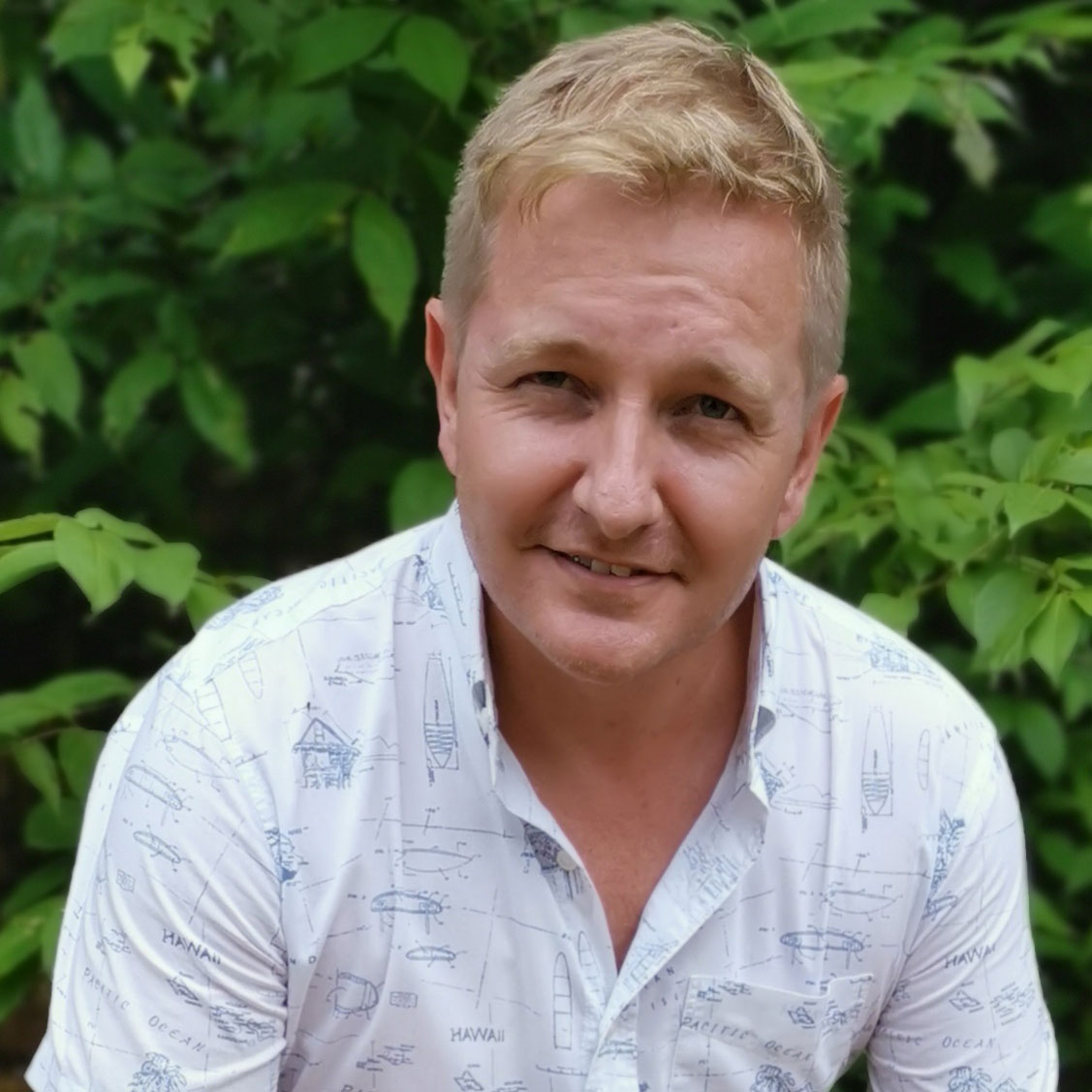 Bangladesh regularly tops the list of countries most heavily affected by global climate change. With over half the U.S. population in a country the size of New York state, its vulnerability is compounded by low-lying, flood-plain geography, limited infrastructure and high exposure to natural disasters and extreme weather.

The day I landed in Dhaka, the front pages of national newspapers were splashed with former UN Secretary General Ban Ki-Moon lavishing praise on the country for progress made on climate change adaptation, noting that Bangladesh can teach the rest of the world how to adapt to a “warmer, more violent, less predictable climate.” This provided a fitting context for the trip ahead of me — re-visiting the USAID Climate Resilient Ecosystems and Livelihoods (CREL) partners and beneficiaries across the country to get a sense of the program’s long-term impact. I was also curious to know how such a populous nation could have any space at all for nature to survive, yet alone thrive. 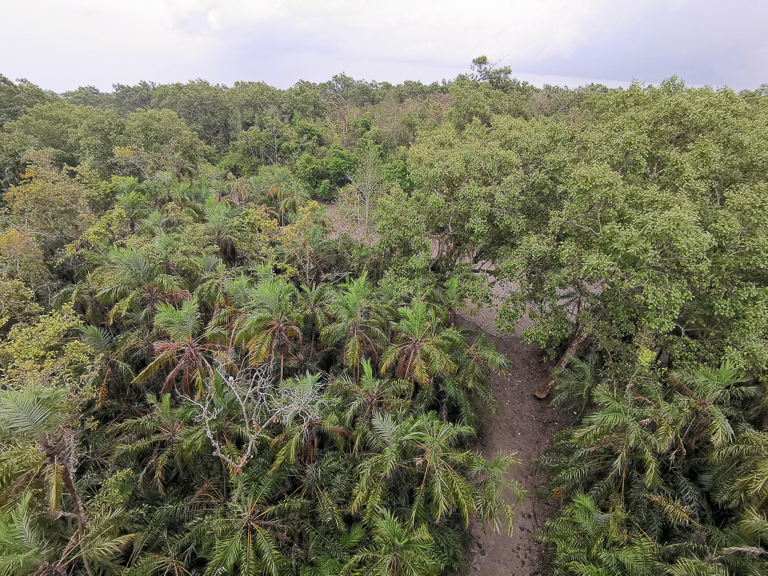 For any natural history buff, the Sundarbans is firmly on the bucket list of places to visit. At over 3,900 square miles it is the largest mangrove forest in the world and home to more than a hundred globally endangered Bengal tigers. This is incredibly significant, given that the global tiger population is hanging on by a thread, hovering around 3,000 individuals spanning five sub-species. Aside from this small miracle, mangroves are perhaps more widely recognized as a key asset for coastline communities and infrastructure, providing a critical natural buffer to protect against storms and tropical cyclones. Yet the benefits of mangroves do not make life much easier for the people who live close by. Scarcity of fresh water in many Sundarbans-border communities means that women and children spend two to three hours per day collecting and carrying water to the home, time lost for other income-generating activities. 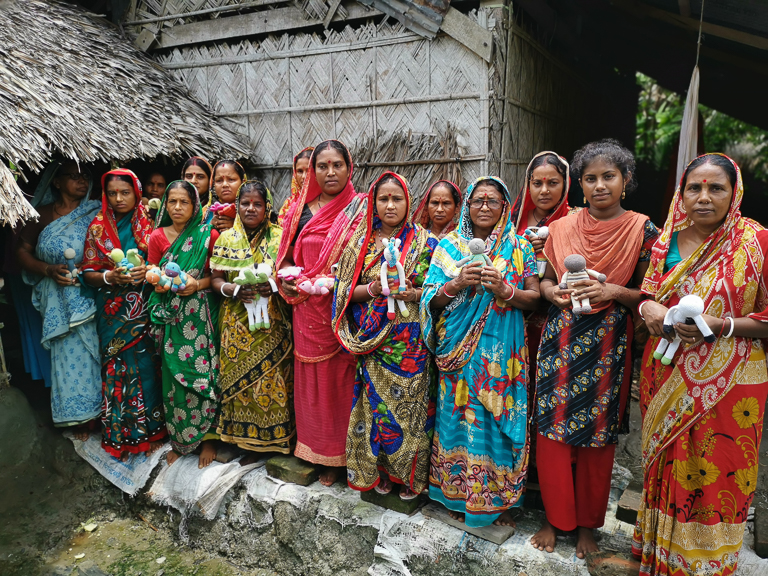 Even with these constraints, the Dakkhim Chila Pebblechild doll women’s group established under CREL in Chandpai is still going strong as of July 2019, with members producing dolls to order that are sold to international markets. This, along with poultry rearing, helps supplement household incomes during the lean season. The group members want to further develop their business model and are looking at options to establish a cooperative that would enable leasing nearby land for fruit production.

Addressing the needs of local communities and those who rely on natural resource extraction will continue to be key to ensuring the long-term protection of the Sundarbans, as will engagement with the private sector to address new threats from shipping and increasing pollution from nearby industrial development. I was not lucky enough to glimpse a tiger on this visit, but with attacks on fishermen well documented I guess I should be careful what I wish for. 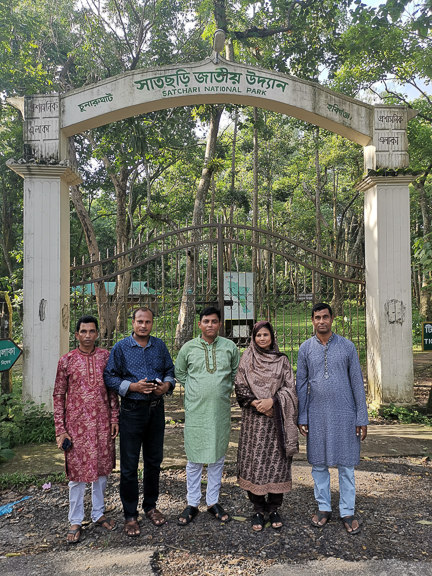 Satchari National Park has been highly successful at reducing illegal logging and wildlife hunting as a result of co-management activities such as community patrolling and improved awareness of the importance of biodiversity protection. Thirty-eight villages surround the site and 2,000 households are directly dependent on the natural resources of Satchari. With such high population pressure the CMC plays a critical role in helping balance the needs of local people and nature.

Satchari National Park is generating revenue from entry fees and the co-management committee’s (CMC’s) support for micro-enterprises such as making decorations for wedding parties and fattening livestock. The park also boasts basic accomodations for overnight visitors and research students.

Education and awareness campaigns have reaped results on improving the coexistence of people and wildlife in such close proximity. Now villagers regularly call on the CMC and Peoples Forum to help resolve wildlife conflict issues, such as re-releasing illegally caught wildlife or unwelcome poisonous snakes that find themselves near people’s houses. This has the additional benefit of preventing killed or caught animals from entering the illicit global trade in wildlife.

The CMC and Forest Department officials now have a positive rapport and engage in healthy debate to jointly resolve challenges — a sign that the co-management approach is working and maturing. Yet despite these successes, Shamsunnahar Chowdhury, chair of the Satchari National Park CMC and the only elected CMC chairwoman in Bangladesh, is adamant that more needs to be done to increase revenue for reinvesting in co-management. (Chowdhury is pictured above with the CMC president, a range officer from the Forest Department and the member secretary.) As a beat officer from Satchari said to me, “The next project will be the last support we need to be sustainable.” 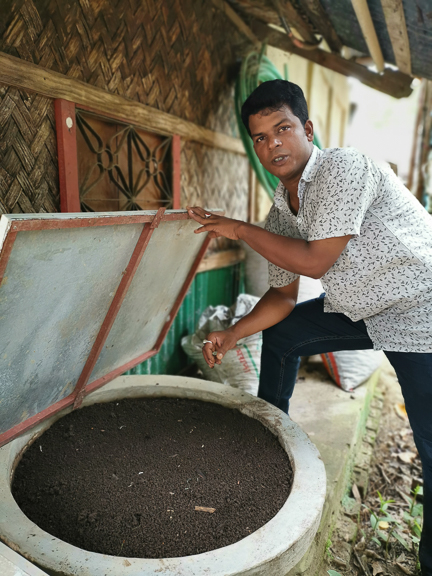 Targeted alternative income generation strategies such as vermicomposting and dragon fruit cultivation are key to saving Bangladesh’s remaining forests and helping reduce pressure on natural resources. They also have the potential to evolve into successful microenterprises. Ashish Kumar Nath lives close to Hazarikhil Wildlife Sanctuary, just north of Chittagong. A recipient of training under the CREL project, he has scaled up his monthly production of vermicompost. This niche but relatively lucrative income source is generated by sales to nearby farmers and tea plantations who can’t get enough of this highly fertile compost. 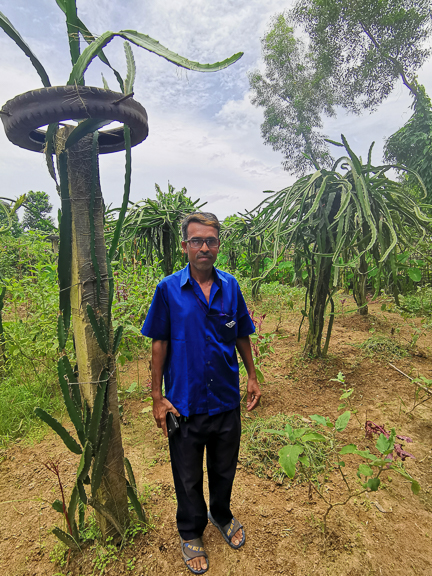 Md. Shamsuddin, a farmer living close to Fasiakhali Wildlife Sanctuary close to Cox’s Bazaar, shows off the dragon fruit he’s cultivating behind his house. A perennial plant that can grow in most soils and bears fruit during the first year, dragon trees yield up to five tons of fruit per acre.

However, not all sites are blessed with an accessible location and infrastructure that would attract tourism revenue, and developing the institutional capacity of CMCs requires sustained, long-term investment. Fasiakhali is one site where more needs to be done before the CMC can effectively manage its natural resources. With fragile governance that has not yet had a chance to mature, there are signs that illegal extraction of forest resources could continue in some areas without further investments. 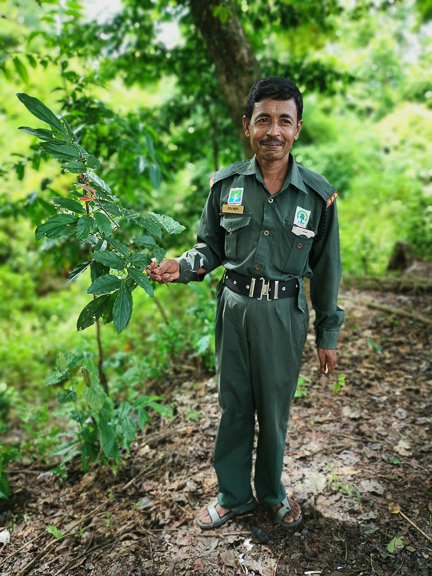 Of the 641 plant species known to exist in Hazarikhil Wildlife Sanctuary, Md. Mannan, a community patrol group (CPG) member, proudly identifies one of the rarer tree species. Important medicinal plants locally used for the treatment of malaria also grow in the 2,908-hectare site, much of which was barren land prior to the project providing support to strengthen CMC capacity and train CPG members in collaborative management activities. CPGs are often the first line of defense against illegal logging and poaching and they play a key role in sharing intelligence with the Forest Department. Incidence of wildlife hunting has declined in recent years, with reports that species such as the globally threatened Himalayan Serow (Capricornis thar) are returning to the region. 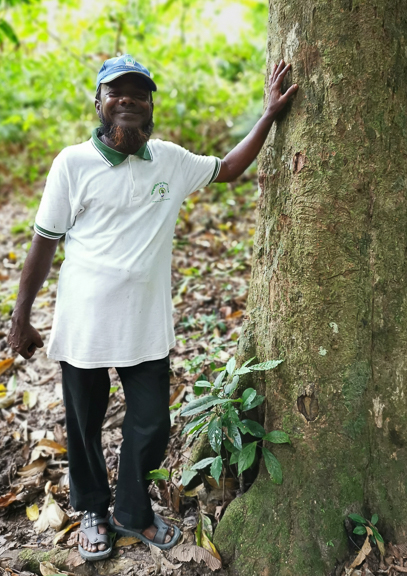 Md. Jasim Uddin is the chairman of the Hazarikhil Wildlife Sanctuary CMC. His energy for biodiversity protection is effusive as he points out different plants and bounces down the trail ahead of me to pose for this photo next to an old-growth tree.

However, remuneration to CPG members for their part-time support to patrol and protect the site is unanimously determined inadequate at just 400 Taka (approximately USD $5) per month. With tourist and visitor numbers on the rise, the CMC hopes to soon collect entry fees that can be reinvested into biodiversity protection and cover the cost of patrols by CPG members. The CMC chairman noted that CREL brought radical change to management of the site, nor was it short on ideas for improving natural resource management. He hopes to continue strengthening coordination with the Bangladesh Forest Department, improving water and electricity supplies to park infrastructure, and developing a diverse tourist experience including paddle boats, mountain bikes, eco-cottages and a visitor center. 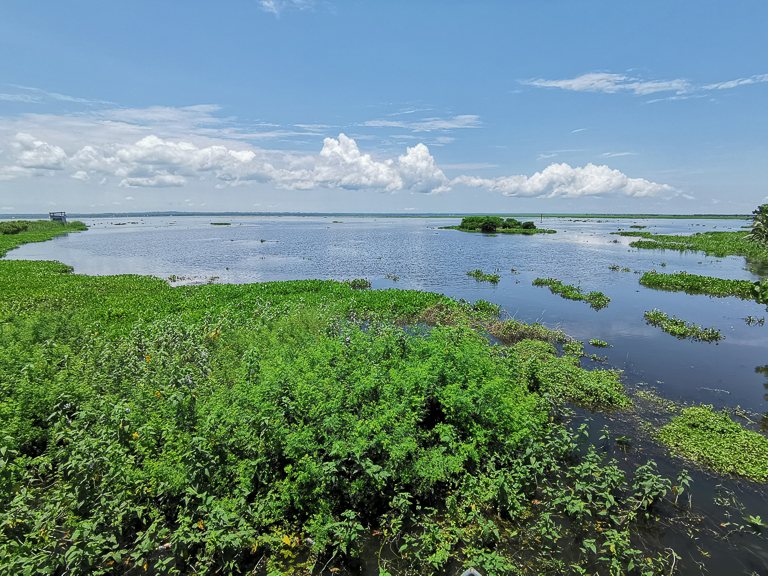 Wetlands such as Baika Beel in the Sylhet region of northeast Bangladesh are critical for both food security and flood regulation for large parts of the country, the health of which is underpinned by an astonishingly rich array of freshwater biodiversity. USAID has made significant investments in the protection and management of such sites over the past 20 years, notably with the MACH (Management of Aquatic Ecosystems through Community Husbandry) project laying a foundation for ecologically sound management of floodplain resources.

Increased protection for fisheries under the CREL project resulted in species making a comeback that were thought to be locally extinct, such as chital fish and other species of catfish. In parallel to this, the site has a thriving water bird population with almost 200 species recorded.

Wetland management is a long-term investment and ongoing priority. Wetland sanctuaries ensure adequate water storage throughout the dry season, but expansion of nearby aquaculture farms is encroaching on these natural ecosystems and siltation from agriculture reduces water retention capacity, which requires expensive dredging operations to counter. Resource users such as local fishermen as well as regional government authorities are in need of further technical support to amend the current policy framework on wetlands leasing to enable equitable participation and improved management. The community is also pushing for a three-month closed season to enable fish stocks to rebound — but it needs additional support to help households that rely solely on fishing to find alternate income during this period. 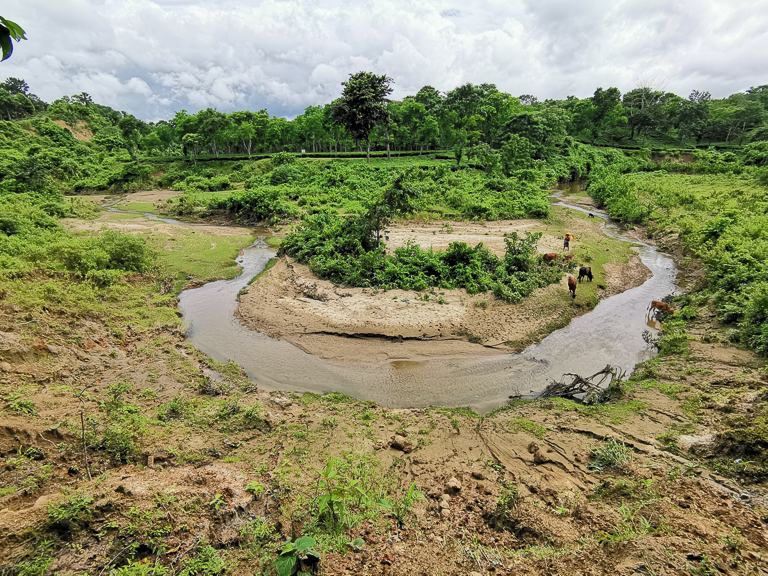 Many of Bangladesh’s remaining forests are fragmented and persist in a largely agriculturally-dominated landscape. CMCs urgently need to engage the agribuisness sector, as run-off from farming and commercial tea plantations is a major threat to wetland ecosystems and the open grazing of livestock puts pressure on the regeneration of nearby forests. Establishing a working relationship with large companies is a daunting task to most community members. But there is hope that it can be achieved as CMCs continue to strengthen and the private sector can be successfully engaged under the co-management framework.

The long-term picture for our global climate isn’t rosy, but as the successes above clearly demonstrate, the people living closest to nature in Bangladesh have the strongest passion and commitment to protect it. Continued international support will be critical to ensure that they keep facing down these threats and prosper economically without sacrificing biodiversity. If Bangladesh can do it, the rest of the world has few excuses.