The Stung Chinit River Basin Management Committee (RBMC), with support from the USAID-funded Sustainable Water Partnership (SWP), developed the SAP over years of work and collaboration by on-the-ground stakeholders. The river basin supports a population of more than half a million people, but a combination of factors including climate change, population growth, deforestation and agricultural pollution threaten water security. 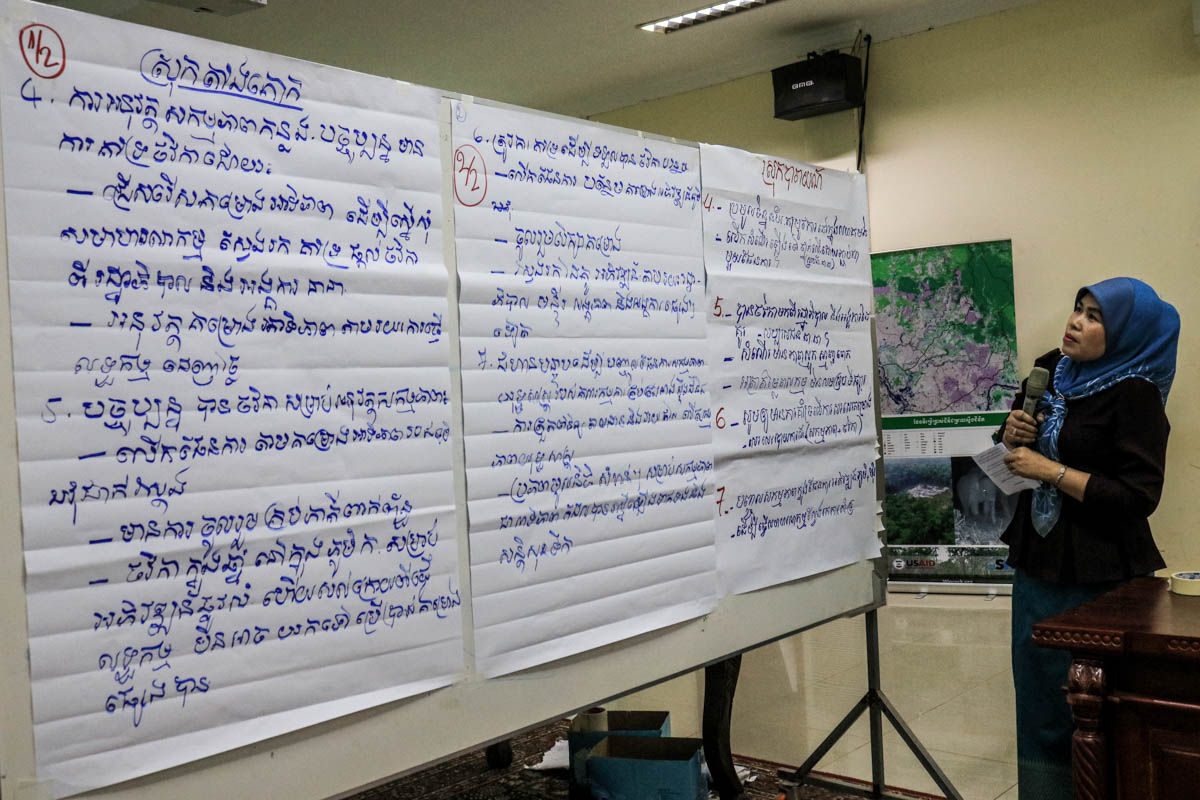 Those threats affect people in the watershed in different ways. In upstream areas, for instance, community forestry groups who harvest rattan wood and resin have seen their livelihoods affected by land concessions that cleared trees for new rubber, cashew and cassava plantations. With fewer forests to preserve groundwater aquifers, water levels in the Stung Chinit River have declined, placing strain on farmers in midstream areas who grow rice during the dry season. Further downstream, reduced flows and pollution from upstream farms and mining operations have hurt populations of fish, which are relied upon by community fishery groups for food and supplemental income.

To address these challenges the Committee formed a task force, which defined a long-term objective for the SAP: “To promote sustainable development in the basin, with particular emphasis on water security and protection of biodiversity.” In support of this objective, the SAP presents targeted actions that can be implemented to help improve water security for health and sanitation, agriculture, the environment, and climate resilience. The document also outlines actions to strengthen the Committee, like facilitating institutional coordination, data management, knowledge sharing and inclusive participation of all actors in the basin. 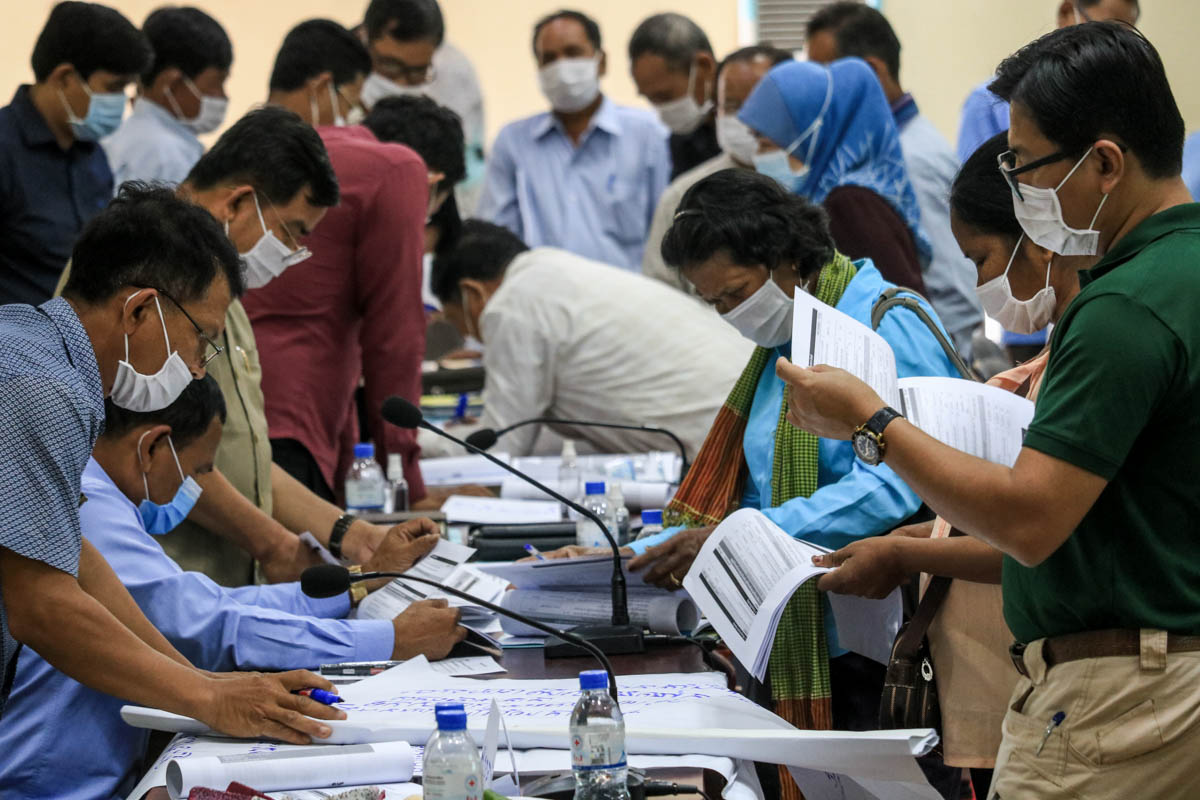 The Stung Chinit River Basin Strategic Action Plan is the result of years of work and collaboration from a committee of stakeholders representing the government, private sector and private citizens. Photo by SWP.

The SAP is the result of a process of identifying, analyzing, and prioritizing basin-wide and localized water security risks and designing actions to mitigate and better manage those risks, all while simultaneously supporting sustainable development in the basin. Three workshops, facilitated by SWP, were held so the task force could perform group work, share ideas, give feedback, and come to agreement. The first workshop was held in June 2020 to discuss the objectives and draft priority actions. The task force then discussed the final outline, sub-objectives and priority actions at a second workshop in August 2020, and a first draft of the document was submitted at a third workshop in October 2020.

Following a final review and approval by the Committee Chair in late December 2020, the SAP was officially launched at a workshop on January 28, 2021. During the workshop, members worked in groups to discuss next steps for implementing and funding the priority actions. 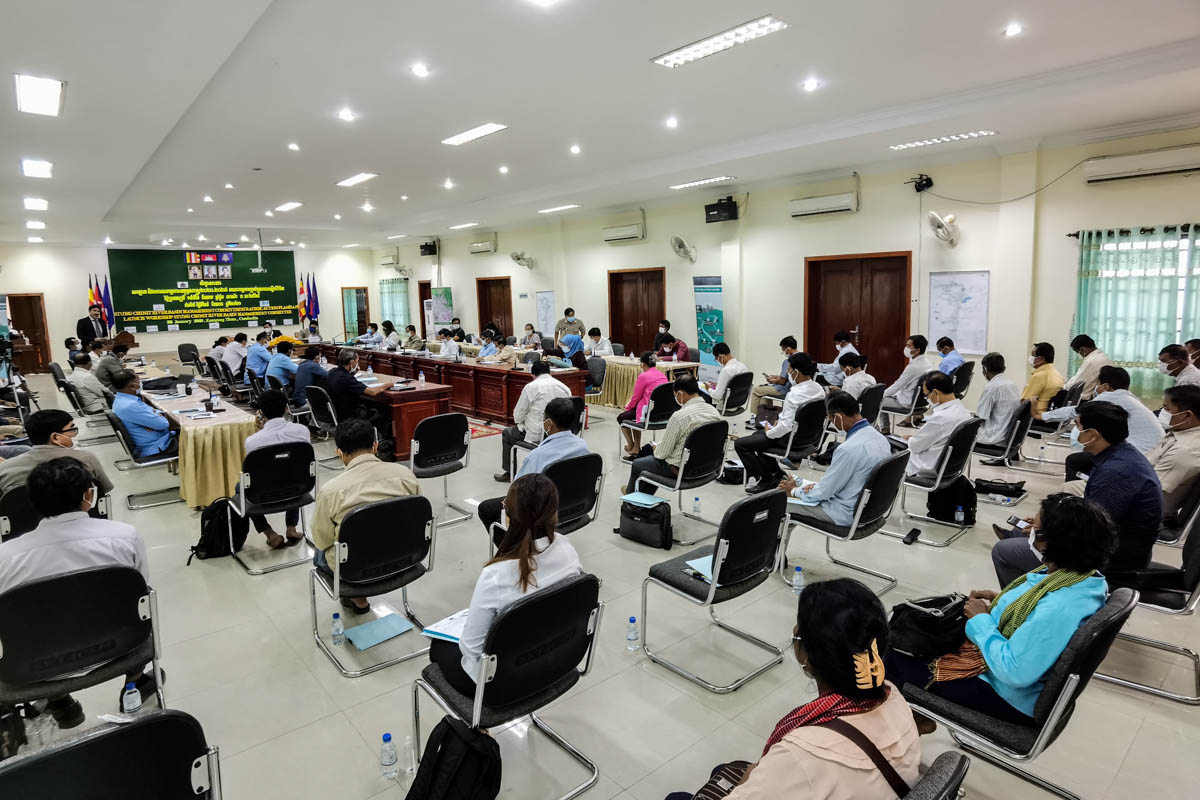 The SAP will help facilitate sustainable development of the Stung Chinit River Basin. Photo by SWP.

The SAP will be a critical tool for the Committee’s member institutions – including national government ministries; regional and local government bodies such as commune councils; and farmer water user committees – to collaborate and align water security improvements for upstream, midstream, and downstream communities in the basin.

During the SAP launch workshop, Prim Rotha, the vice-chairman of the Stung Chinit River Basin Management Committee and chair of the SAP Task Force, outlined a long-term vision in which SAP interventions would be integrated into the district and commune five-year development plans.

“This will be a good opportunity for RBMC members to scale their SAP actions,” Rotha said.