Safeguarding Water in the ‘Eighth Wonder of the World’

By Owen Scott and Fernanda Zermoglio

In 2018, the Sustainable Water Partnership launched a three-year activity in the Mara basin to improve on-the-ground water security, develop a basin-wide plan for allocating water and provide the tools and science to improve decision-making around water. In support of these goals, the Adaptation Thought Leadership and Assessments (ATLAS) project is conducting a rigorous basin-wide climate vulnerability assessment that assesses the physical, economic and social dimensions of vulnerability in the basin and provides information to help water management decision-makers reduce them. ATLAS is also conducting two case studies to provide a more detailed look at the climate-related vulnerability and adaptive capacity of communities and sectors in two areas within the Mara basin: the Nyangores catchment (including the Mau forest) in Kenya and the Mara Wetlands in Tanzania. This blog draws on those case studies and in particular from field work conducted in September and October 2018.

The Mara River winds for 13,750 kilometers through Kenya and Tanzania, from the Mau forest in Kenya to Lake Victoria in Tanzania. It supports huge wildlife populations in two key conservation areas described as “the eighth wonder of the world” (the Masai Mara National Reserve and Serengeti National Park), provides water for drinking and irrigation for more than a million people and is of significant economic importance to the region. While much attention is focused on the rangelands, two other areas, the Mau forest and the Mara wetlands, also affect the well-being of the river and face crucial challenges.

The Mau forest complex is East Africa’s largest closed canopy forest. There are few sources, if any, more vital to the Mara river and the people and wildlife that depend on it than this forest. Trees work as natural sponges, collecting and filtering the abundant rainfall of the Nyangores highlands, releasing it slowly into an arterial network of streams, providing vital water to both people and ecosystems downstream. Along the forest edges are farming communities where people live largely below national poverty standards, relying on rainfed agriculture with food security inexorably tied to the vagaries of climate, and forced by population growth to encroach on the forest in search of new agricultural lands and firewood for cooking. These farmers have likely never seen the millions of visitors who descend upon Kenya and Tanzania each year, yet they acknowledge the need to protect the forest and its streams for benefits beyond their own. 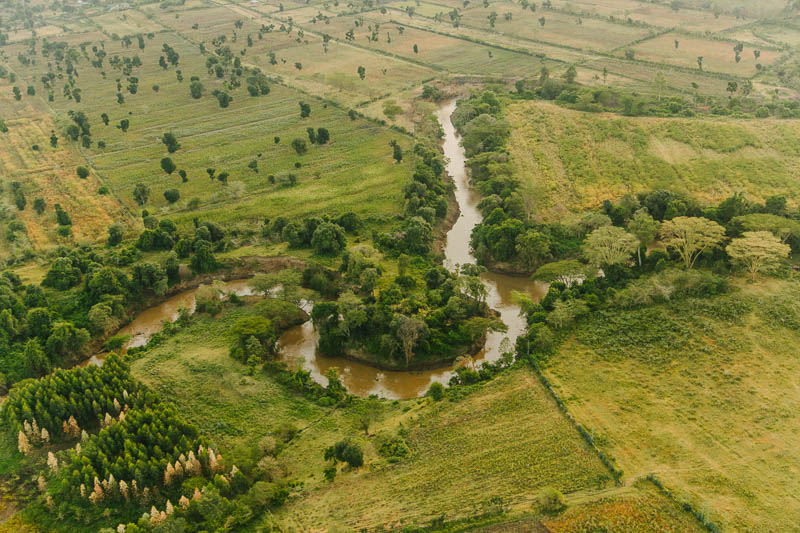 An aerial view of the Mara River. Photo: Bobby Neptune

Although tea production dominates the landscape, as the price of tea has fallen and the costs of production increased, farmers in the Community Forest Organization have begun to explore alternative crops—including passion fruit, avocado and tree tomato—to produce more nutritious foods and increase their incomes. They have also reduced pressure on the forest by planting woodlots and using home-based biogas digestors and other alternative sources of fuel. Further downstream, springs once silted, contaminated and nearly dry during critical months now flow freely thanks to restoration efforts by the Nyangores Water Users Association (WRUA). Restoration projects are designed and financed by the WRUA but implemented by local communities. They include the installation of sand filters, piping and access improvements and replacing eucalyptus with water-friendly species such as bamboo.

Further downstream, before the Mara empties into Lake Victoria in Tanzania, lie the Mara wetlands—a huge swath of swampland that expands like a living organism with annual flooding. The wetlands provide a habitat for more than 200 species of birds, as well as fish and animals such as hippopotamus and baboons, and are an important resource for local communities. The wetlands also play a crucial role in preserving the health of Lake Victoria by filtering out sediment and pollutants, both of which have become an increasing problem in recent years. 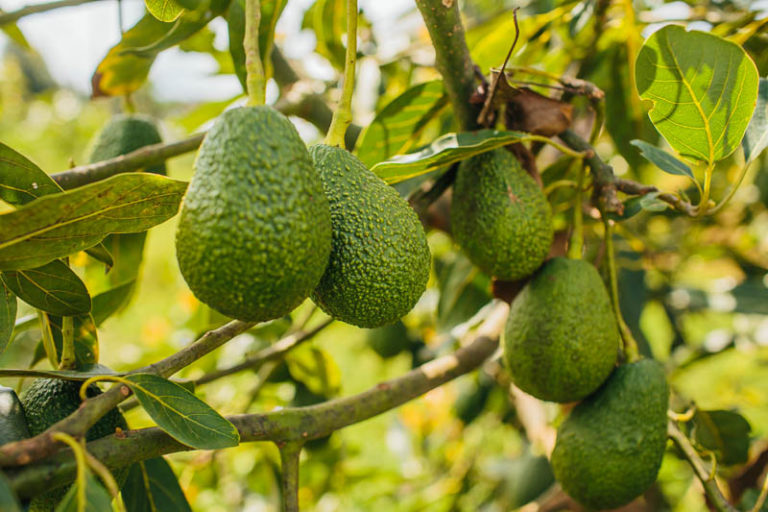 Farmers in the Community Forest Organization have begun to explore alternative crops like avocado to produce more nutritious foods and increase their incomes. Photo: Bobby Neptune

The members of the North Mara Water User’s Association (WUA) in the wetlands detailed a history of climate shocks, including major flooding in the late 1990s as a result of a particularly intense El Niño that dramatically changed the course of the Mara river, and a recent severe drought from 2016-17 that saw crops fail, livestock die, and food prices sharply increase. In communities where more than 80 percent of the population relies on farming as their primary source of food and income, and virtually 100 percent of the crops are rainfed, these shocks hit particularly hard. However, the communities have naturally evolved, tailoring their farming methods to an increasingly unpredictable climate by diversifying their crops (the community grows more than a dozen different crops), mixing crops with short and long growing seasons, stepping up their use of drought-tolerant crops such as cassava and sorghum, and rotating crops around their plots.

Whether these homegrown adaptation strategies can safeguard the communities and “the eighth wonder of the world” will depend on tailored packages that include technical support and investments aimed at scaling up these activities in a sustainable manner.