Staging a Brighter Future in Malawi

One of the best ways to beat child labor is teaching kids to advocate for themselves.

An angry father is pushing his two children into hazardous labor. “You should drop out of school, go to a farm and find work,” he says. Although they try to reason with him — “school is important,” they plead — they end up in the fields with a taskmaster of a boss. Luckily, there is a hero in this story, a police officer who visits the children’s home, discovers they’ve been working and hauls the father off to jail. 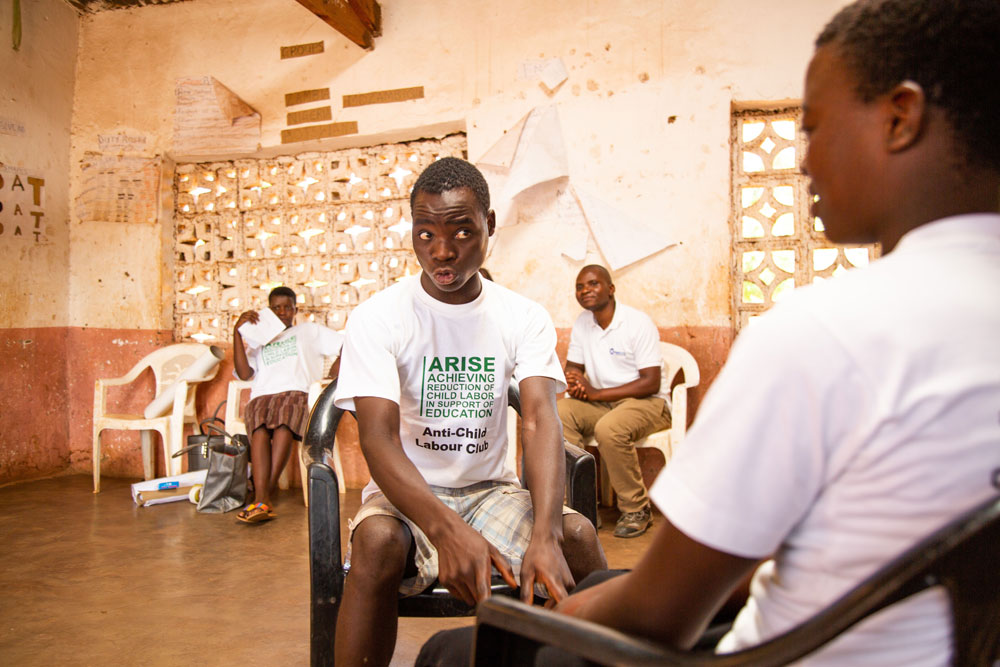 A member of the anti-child-labor club role-plays an angry father. Photo: Joel Geertsma

With that dramatic conclusion, the children in the anti-child-labor club at Chiponde Primary School in Lilongwe, Malawi, erupt in laughter and applause. After all, the actors are their friends — and they knew that the guilty parent in this skit would be brought to justice.

Change is happening in real life, too, thanks to the Achieving Reduction of Child Labor in Support of Education (ARISE) 3 project, in partnership with JTI. One of the strategies used is role-playing, with scenes like this one being acted out in anti-child-labor clubs across the country.

“The Arise project means a lot to me and Malawi at large, because before ARISE, there were so many child labor practices which were happening out there,” says teacher Ronald Chambande, the sponsor of the Chiponde club. “But since the project started … many children are now back to school. They are learning, and they can even tell their friends that [child labor] is bad. They are able to differentiate what child labor is and what child work is not. … Parents now, they are very afraid of involving their children in child labor practices.” 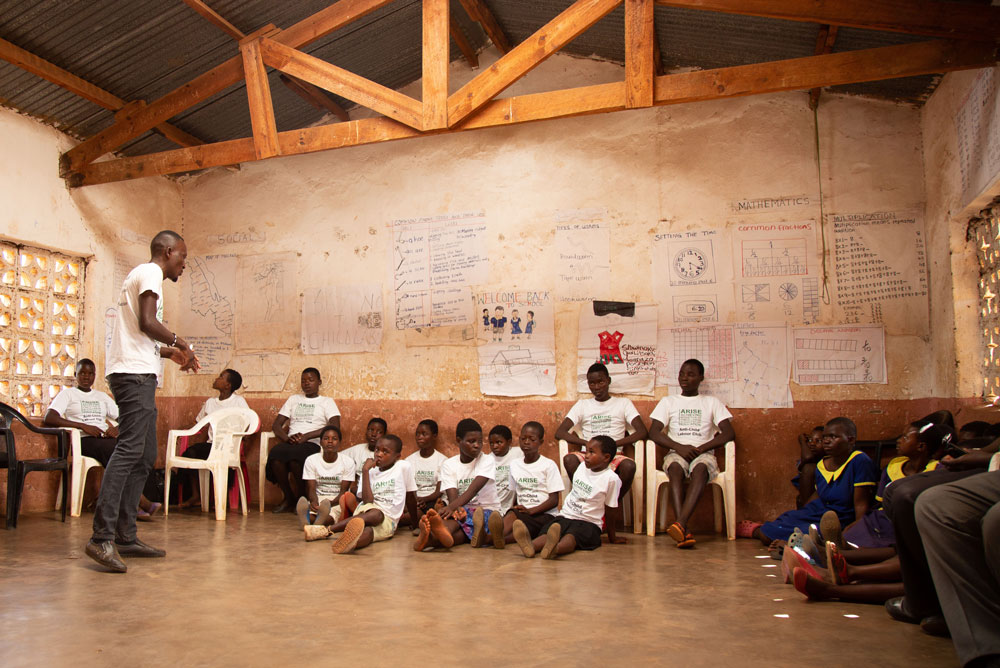 When Chambande mentions students telling their friends about the program, he speaks from experience. His student, club member Leonard Thedison, took the anti-child-labor message so much to heart that he coaxed four of his friends who had been working to return to school. He even spoke with their parents. “I knew there would be people out there who would be able to support my efforts,” Thedison said, “so I took courage.”

This is what Dalitso Baloyi hoped would happen. Baloyi, the African regional director of ARISE, created the clubs because he thought one of the best ways to keep kids in school was to help children advocate for themselves. 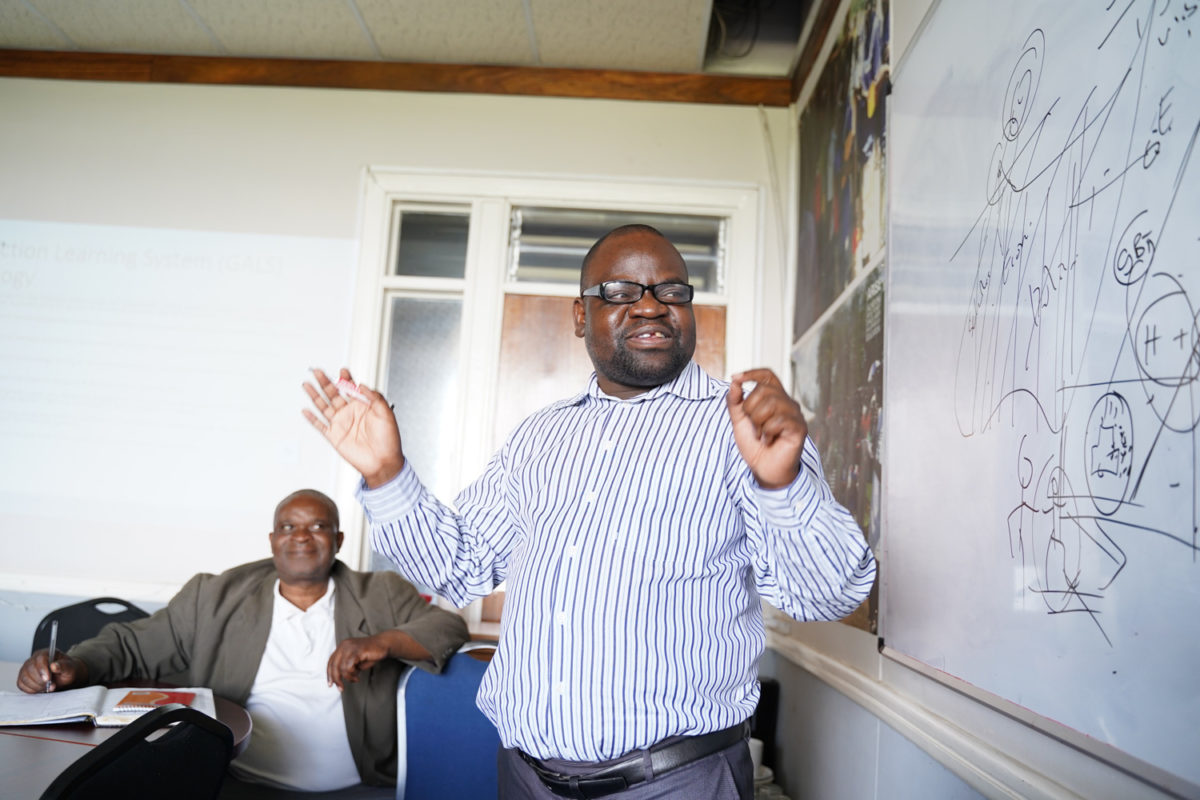 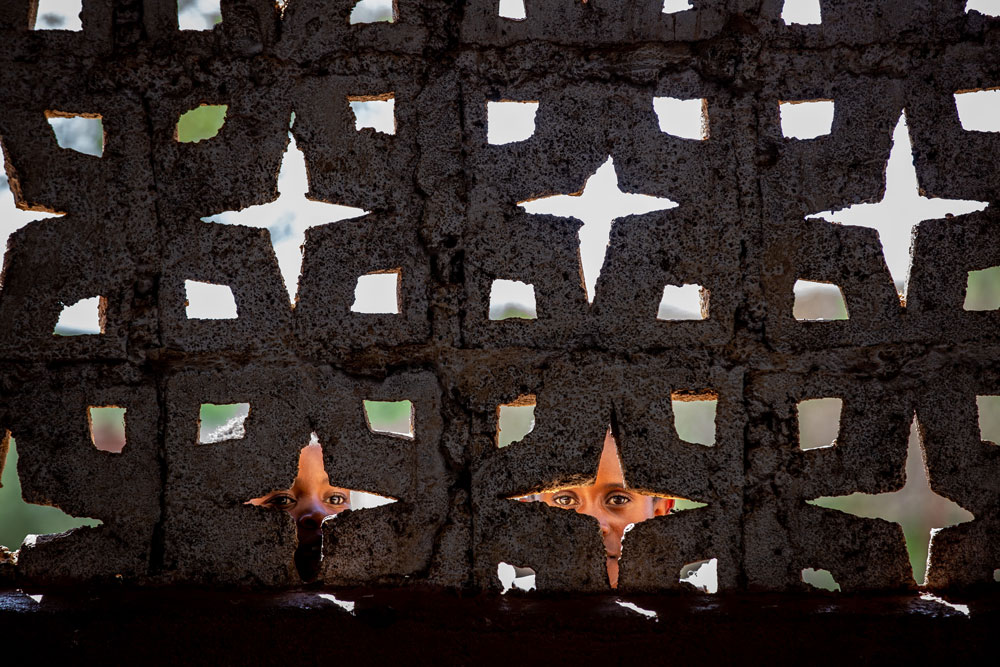 Thanks to the anti-child labor club and other ARISE initiatives, more children are back in school — instead of on the outside looking in. Photo: Joel Geertsma

Using what he calls the KID approach [Knowledge Informing Others Defending Rights], Baloyi developed a manual that teachers and students use with club activities. “We wanted it to be fun … [so] It’s being taught through songs and poetry and other ways.” Baloyi says. The manual has been adopted for some ARISE schools in Tanzania and Zambia as well as the 18 ARISE schools in Malawi, and it may become part of all schools in Malawi. Some districts will roll out the clubs as early as September.

“Children … have to understand the child labor problem and make sure they are able to inform others. That’s why I think it’s important to have these anti-child-labor clubs at the school,” Baloyi says.

The students at Chiponde School couldn’t agree more. They have finished their role-playing session and moved on to a cultural dance followed by poetry recitation. The poem ends with this line: “We want to go to school for a brighter future.”