In Cox’s Bazar, an Early Adopter

How Winrock finds the people who make the difference.

First of a series.

Name a project and it has early adopters, people who take a new approach and run with it. Though each has a unique story, there are similarities: a boldness of spirit, a willingness to embrace the new and different, a deep concern for others. Josna Akhter has all these traits and more. She’s the kind of person every project hopes to find — a leader and a believer.

“I have helped 300 babies see the light,” says Mahmuda Khatun of Shia para, a small village on the outskirts of Himchari National Park in the Cox’s Bazar district of Bangladesh. Her daughter, Josna Akhter, has carried on that tradition, delivering 38 by last count. But Akhter has given life to something else. She has brought her community a new sense of hope and purpose.

When members of Winrock’s Climate-Resilient Ecosystems and Livelihoods (CREL) project, funded by USAID, came to Akhter’s village of 240 families, they were looking for local service providers — people well respected in their communities who they could train to share skills and link others to agricultural markets. They found even more, someone who could take those skills to a higher level. 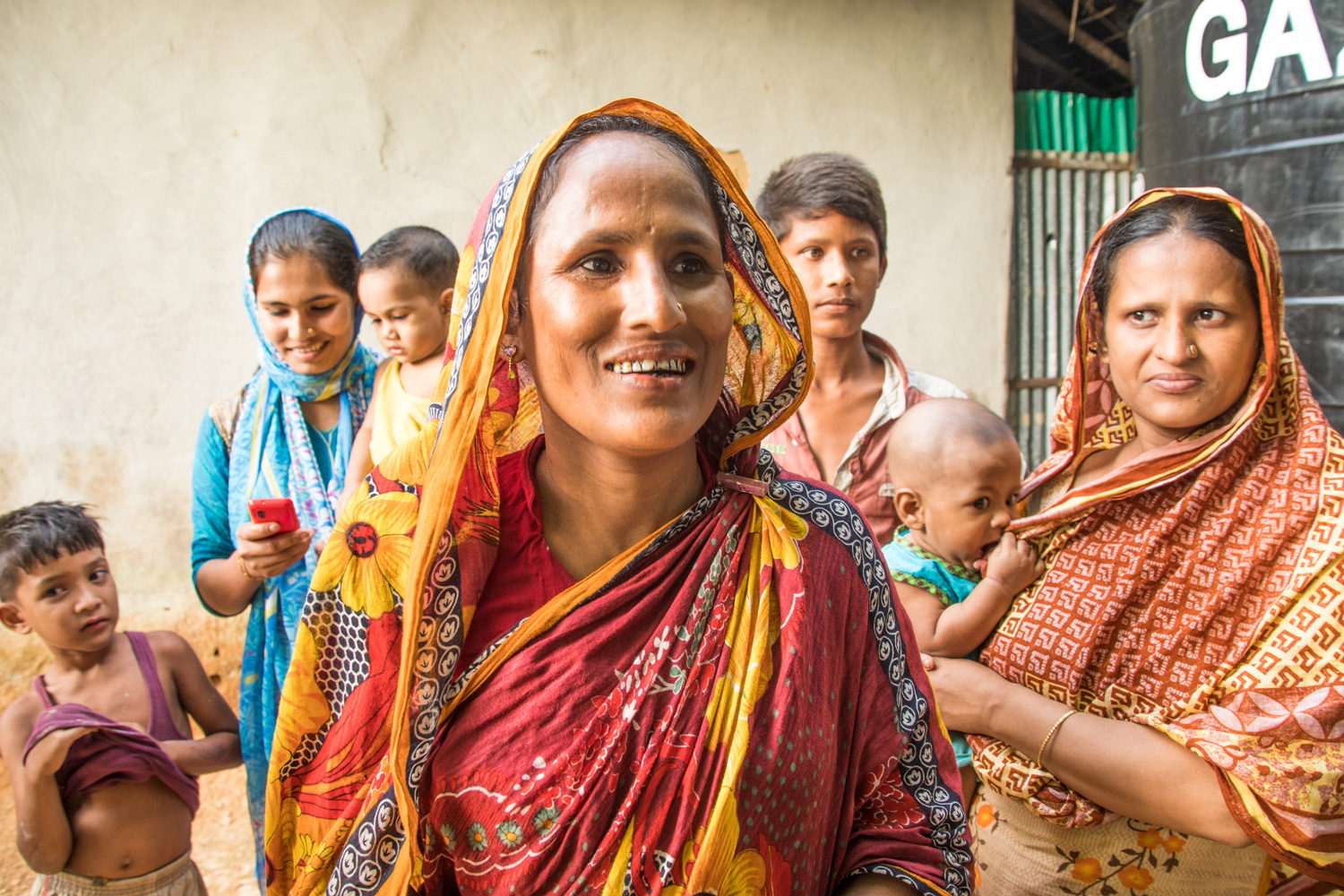 Akhter and members of her community in front of the water tank that Winrock’s Climate-Resilient Ecosystems and Livelihoods (CREL) project provided.

CREL selects local service providers (LSPs), and Akther, with her helping ways and family record of service to the community, was chosen. The LSP training not only expanded Akther’s technical knowledge of farming practices, but also connected her to information sources. She learned new ways to grow vegetables and fertilize crops. She began to trust her own instincts more, too.

The CREL project works in forest and wetland ecosystems and ecologically critical areas of Bangladesh and has created diversified incomes for 350,000 people and 50,000 households.

CREL quickly helped Akhter and her community. “Within six months they provided us with this rain water harvesting tank that stores the water during the monsoon so that we can use it during the dry season,” says Akther, pointing to a hulking black tank near her house. At the same time, CREL began to motivate and train Akhter. 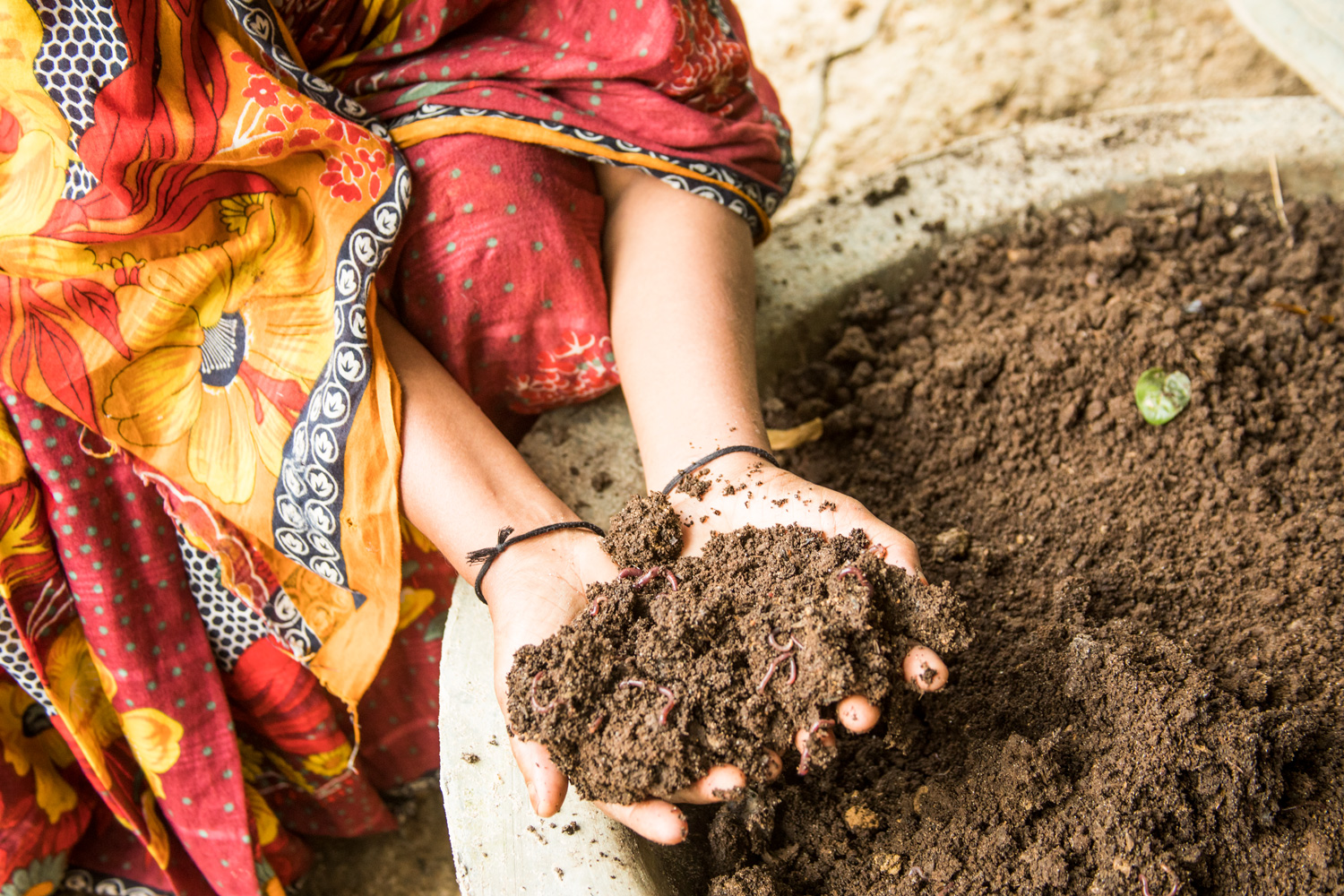 Akhter makes compost and uses it to enrich her own fields.

Akther first used her own fields to demonstrate new farming techniques such as growing vegetables organically, but she quickly realized that many families lacked access to land. Here’s where her early adopter instincts kicked into high gear. Emboldened by the increased water supply and improved farming methods, Akhter contacted a wealthy landowner and asked if she and other women could grow vegetables on the banks of his pond.

“He said he was happy to let us use the land,” Akhter recounts. “So I organized the women in my village and together we started cultivating different kinds of vegetables.” They grew red amaranth, cucumber, squash, bitter gourd and sweet gourd. They kept some of the vegetables for their families and sold the rest. The vegetables were so good that they won a cash award from Standard Chartered Bank. “We distributed part of the money to our team and part of it we deposited in the bank. From my share I bought cows and started a poultry farm.”

CREL has also provided Akhter and other women with financial and entrepreneurial literacy training. “I used to go to the meeting and be sitting there sadly saying we don’t have any education, we don’t understand how money or record-keeping works,” Akhter says. “But not anymore.” 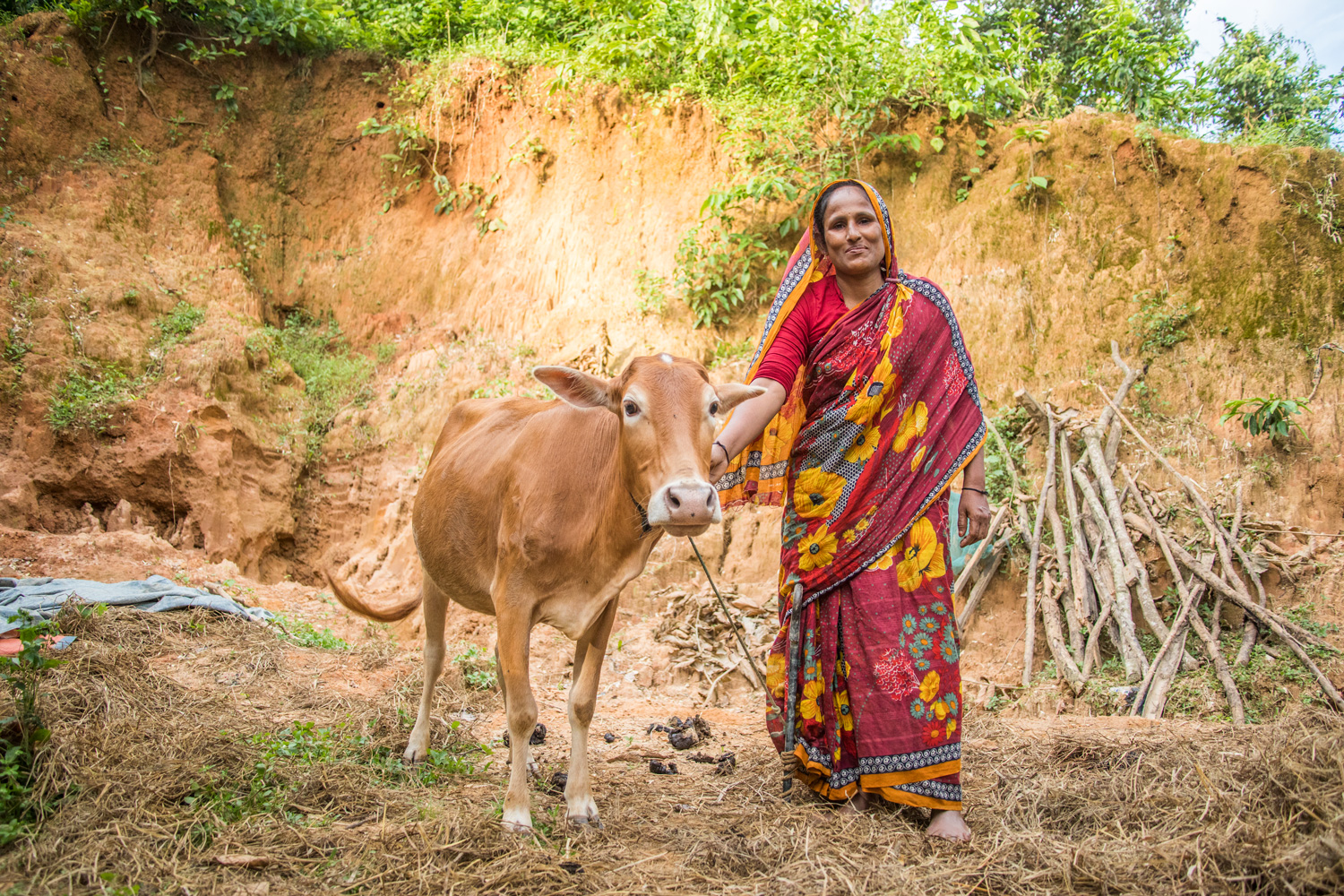 The changes wrought by CREL have had many positive ripple effects.  “Before, if we needed vegetables we’d have to go to the forest to cut a tree or bamboo, take the wood to market, sell it and with that money we’d be able to bring the vegetables back home. Now we have our own vegetables,” Akhter says.

Like many families living in or near the forest, Akhter’s family has also lived off it. In fact, the first time she told her husband about the CREL project, he was skeptical. “They are trying to protect the trees,” he told her. “And I am cutting them down.”

But he became a believer, too. “It was the money that made him change,” Akhter says. “With the money we earned from cutting trees, we only ate twice a day. Now we have three meals a day.” 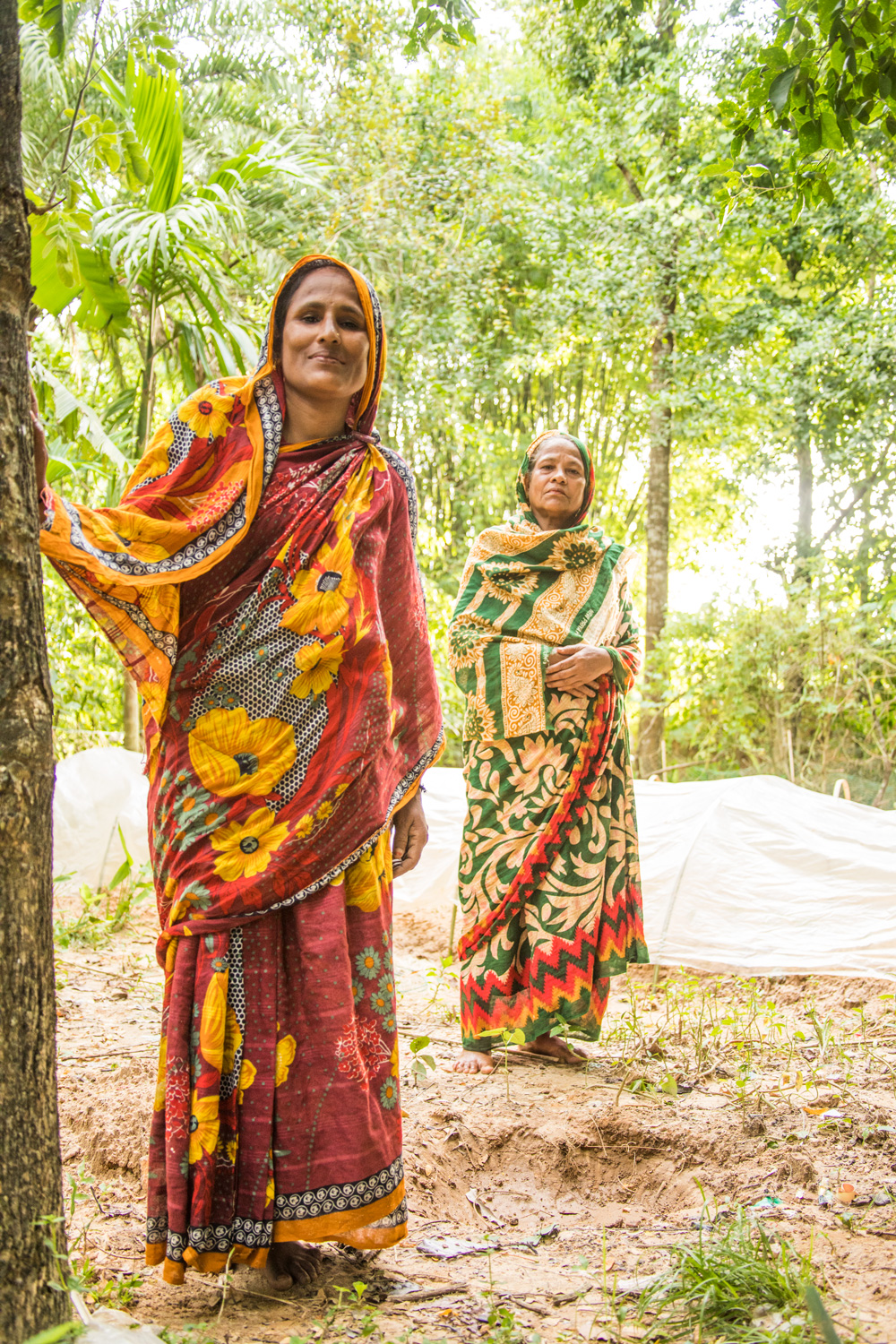 Josna Akhter and her mother, Mahmuda Khatun, a trained midwife.

As the family’s income rose, Akhter and her husband no longer needed to collect and sell wood from the forest. Her husband now works for a farming company in nearby Cox’s Bazar. Other men have begun working outside the village, too, often thanks to job leads that Akhter supplies. Five families bought cows.

“My life before was full of fear,” says Akhter, who hides her face in her hands to show how frightened she used to be. “Now I go to all the places — I go to the local government offices, I go to the hospital, I go to the market — without any fear.”

Her whole village is thriving because of it.