‘The River Belongs to the People’

Environment & Energy
'The River Belongs to the People'
Kenya
Tanzania

Gordon Mumbo grew up in the small village of Kamuga, in Kenya’s Kisumu County. Year after year, he watched as frequent floods from one of Kenya’s major rivers, the Nyando, disturbed the peaceful flow of village life.

“In school we were reading about how the Dutch were able to control floods and reclaim land,” Mumbo says. “So I grew up wanting to be a water engineer and solve the flooding.”

After more than 30 years and two degrees in water, Mumbo has lived out that dream, enjoying a long career in water engineering. His work has taken him from Kenya’s capitol of Nairobi to Honolulu, Hawaii, to the banks of the Nile River. But now, for the first time since his childhood, Mumbo has returned to his birthplace: Kisumu County. 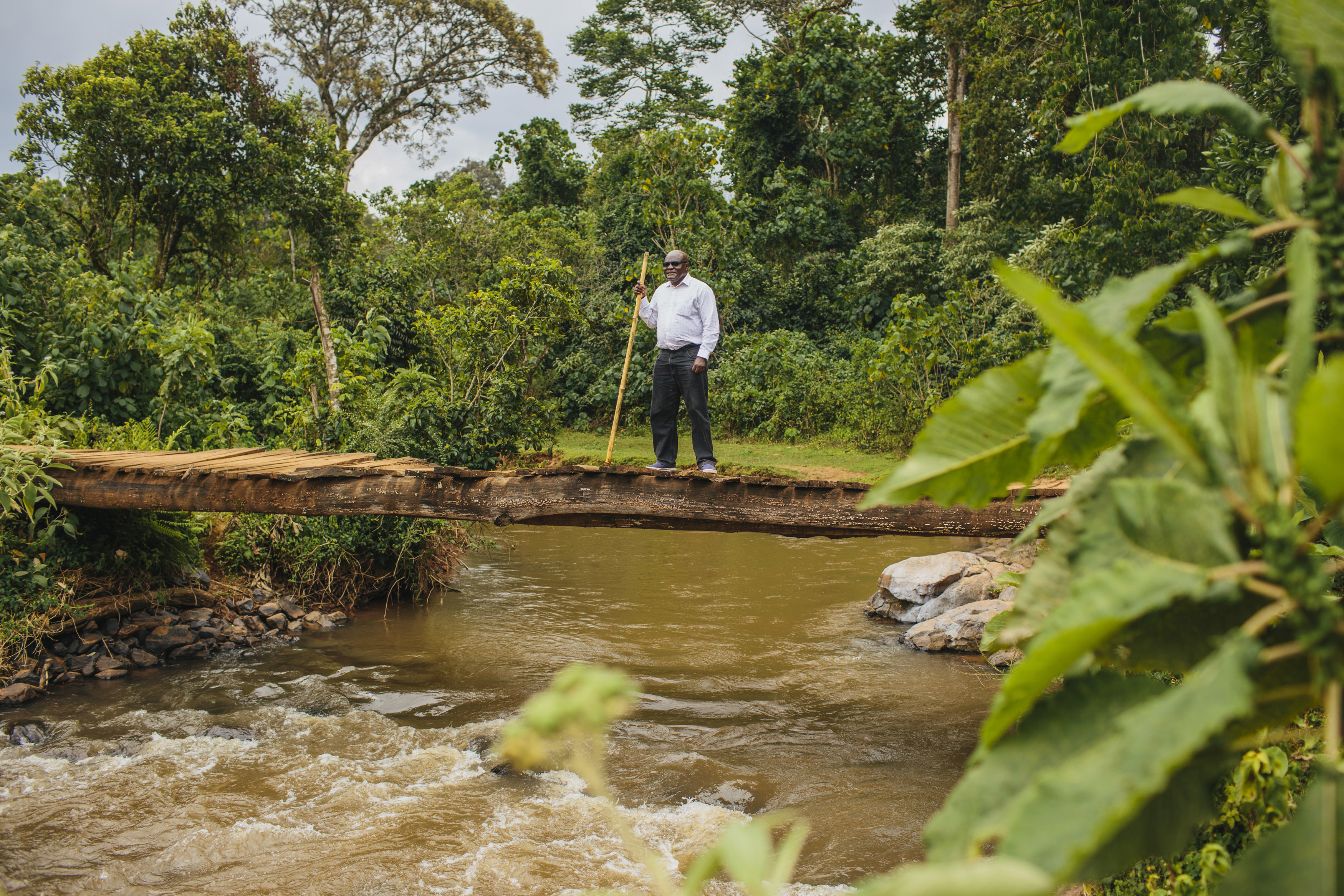 Gordon Mumbo, team leader of the Sustainable Water for the Mara Activity.

Mumbo’s current work as a team leader for the Sustainable Water Partnership (SWP), USAID’s flagship water program, deals not with the Nyando River, but with the Mara. Like its sister the Nyando, the Mara River empties into Lake Victoria, but the path it takes there is a bit more complicated. Beginning at the Mau Escarpment — an impressive cliff along the western edge of Kenya’s Great Rift Valley — it meanders through Kenya and its neighbor Tanzania, affecting food production, economic security and even tourism for both countries.

But unlike the Nyando of Mumbo’s childhood, the Mara isn’t overflowing — it’s at risk of running dry. The reasons why are manifold. Destruction of the Mau Forest, which stores much of the river basin’s water, depletes the region’s supply. Population growth leads to increased demand for food, which leads to land use change.

“People around the Mara on the Kenya side were typically pastoralists, but this is changing,” Mumbo explains. “They are getting more into agriculture.” But as climate change and variability make rainfall inconsistent and unpredictable, many are turning to irrigated agriculture, which, again, puts a strain on the Mara’s water availability.

“This activity is really coming at the right time to address these issues, before they get out of control,” Mumbo says. The activity he refers to is the Sustainable Water for the Mara effort, SWP’s three-year project in the basin. 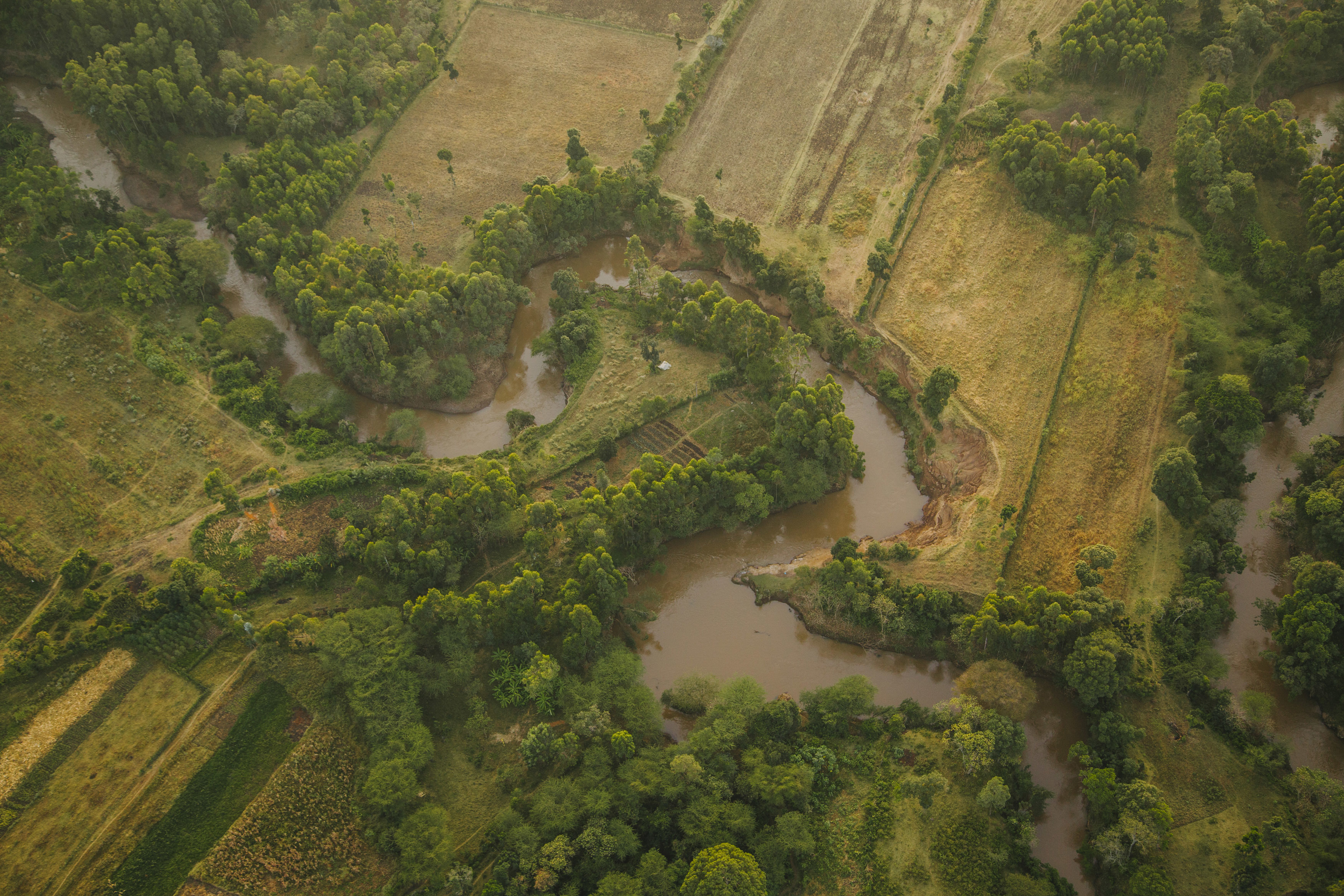 “I think the work we are going to do in the Mara could be a model that could be copied in many basins,” Mumbo says.

The activity comes on the heels of a historic memorandum of understanding between Kenya and Tanzania, agreeing to cooperate on the basin’s management. This step is not only groundbreaking but rare, as Mumbo knows well. Before coming to SWP, he worked with the United Nations in the Nile River Basin, attempting to bring nine countries together to collaborate.

“It’s sometimes very difficult to get different countries to think together,” he says. “We struggled for six years to have a cooperative agreement among the countries. But it’s still dragging.”

As a child, Gordon observed how disruptive floods were to his peaceful village. He wanted to solve the problem. So he became a #water engineer. His story: https://t.co/2ACOEinoTg #WWWeek @USAIDKenya @WinrockIntl pic.twitter.com/CPz0eDl7vE

But in Kenya and Tanzania, the spirit of collaboration is palpable.

“When you come to the Mara, it’s so critical, and the two countries can clearly see that they need to sustain this river,” Mumbo says. “So Kenya and Tanzania coming together to set out the framework on how to manage the basin, it’s really a good move.”

It’s not just the atmosphere of transboundary cooperation that sets SWP’s work apart. It’s also the sense of ownership Mumbo and his team are cultivating in the people of the Mara, from community members to government officials to private sector representatives.

“I think the work we are going to do in the Mara could be a model that could be copied in many basins,” Mumbo says. “And really the model will be the community — the stakeholders — being in the driving seats in managing the resource.”

As team leader, Mumbo is already shoring up efforts to build this sense of ownership. The team is moving into grassroots populations, working with community members to learn what they see as the Mara’s greatest barriers to water security. According to Mumbo, this knowledge-sharing exercise is a two-way street; SWP educates communities on water risk and conservation, while the communities provide invaluable local perspective.

“The river belongs to the people who live along it,” Mumbo concludes. “They understand the river better than anybody else. They will be able to own it and work with you at sustaining it. If you want to manage the river, you must involve the people.”

In Mumbo’s childhood home of Kamuga, dikes now stand along the banks of the Nyando River, shielding the community from the floods that once threatened it. He didn’t build them himself, but Mumbo’s work in the Mara is building something else: a legacy of cooperation for a more water-secure world.

To learn more about Mumbo and his work in the Mara, watch a recording of SWP’s Sofa Session at World Water Week here.

This story originally appeared on the Sustainable Water Partnership website.