“My local broker promised to manage a job in the destination country with 50 to 70 thousand taka (about $600 to $830 U.S.) monthly, but I was sold as a sex worker there and never get the money. Over a long struggle, I came back to my country but rejected by the society and even by my family! No one cares, like before. I have no place to go. I want justice. Can you please help me?”

The delegation visited the shelter home for male trafficking victims maintained by OKUP, which sits beside a shelter home for female victims. The shelters give victims a safe place to live and heal and start a new life, with food, housing, health care, counselling, livelihood support and legal aid. At the shelters, victims begin the process of rehabilitation and reintegration into the community.

More than a million and a half Bangladeshis are thought to live in modern-day slavery. Since it began in 2014, BC/TIP has helped more than 800 survivors on the path back to a new life, has provided almost 4,000 at-risk people the information, skills training and livelihood support they need to avoid being trafficked and reached almost 3.5 million through a mass media campaign on trafficking awareness.

Following the visit, the delegation talked with eight trafficking survivors, who shared their sufferings and urged the delegation to combating trafficking. “We do not want any other migrant worker to face the same miseries that we have had and become the victim of labor trafficking,” said a survivor.

Rosenblum commiserated with the survivors, and Bernicat said that USAID would continue to combat trafficking and improve the lives of survivors. The delegation thanked BC/TIP and its sub-grantees for their work. 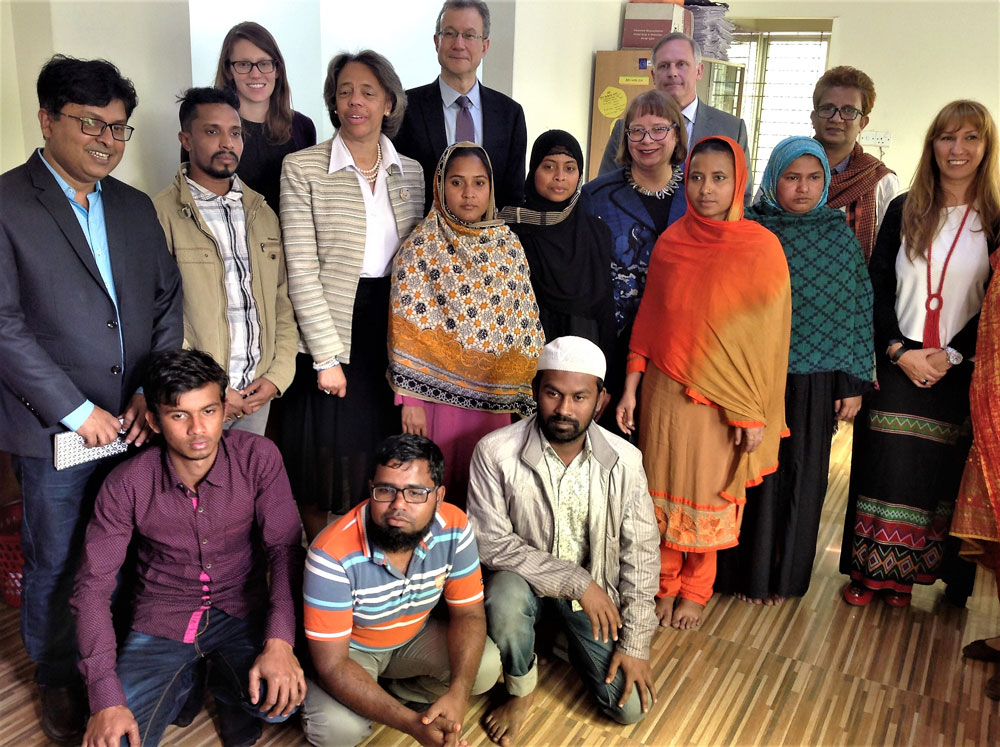