A Wonderful Experience in Bangladesh

I’ve done almost thirty projects in developing nations, but my first trip to South Asia was a dairy cattle project in Bangladesh. The project involved having discussions with different groups of livestock raisers about how they can improve their management and why and how the techniques described would work.

The groups were all very receptive and took an active part in the discussions. Because of that, it was very likely that they would take home a lot more of the subject matter than what otherwise would be the case. Then examining their sick animals immediately after the discussion only reinforced the topics covered. It was a wonderful experience. 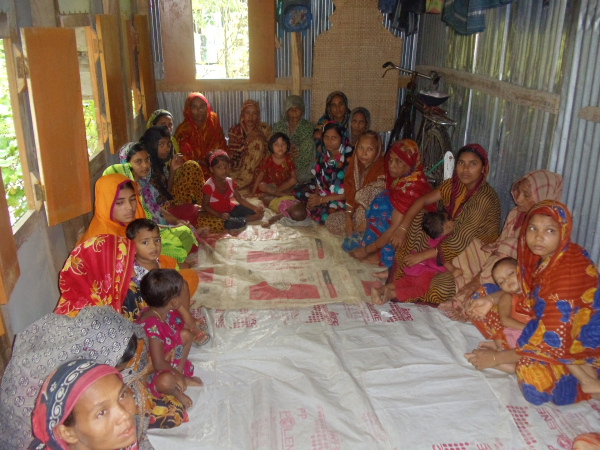 Bangladesh, one of the most densely populated countries in the world, has an interesting culture. It is a mixture of Muslim with Hindi and western influences because of its history of being part of the British empire and the significant presence of non-Muslim people. They have their own culture based on their unique history and their environmental situation.

With most of the southern part of the country being flat and only a few meters above sea level, it is very susceptible to flooding from cyclones that come through every few years causing massive destruction. The proximity to the ocean and the major rivers that run everywhere mean that boating and fishing are integral in the life style. It also means that you can’t travel anywhere without having to use a ferry to get across one or more rivers. The rice fields and the fish ponds fight it out with each other for lebensraum. 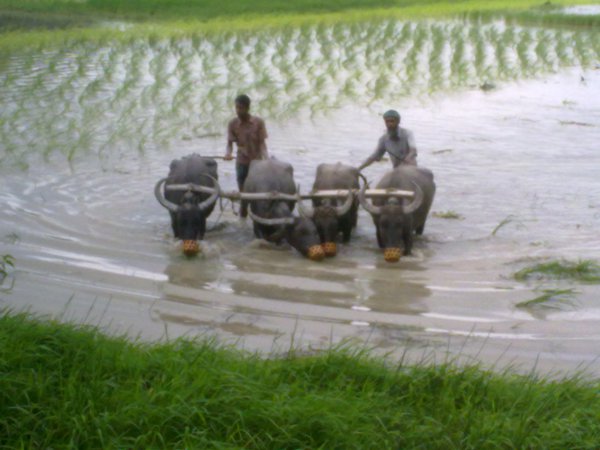 Buffalo pulling a harrow in a rice field before planting 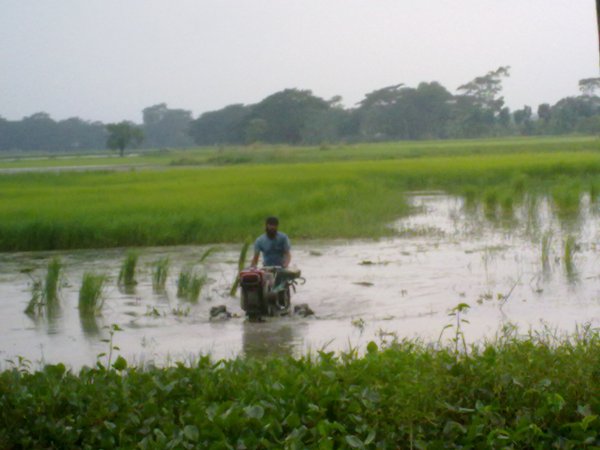 Seafood and rice are a main part of the diet. Rice fields are everywhere and, thanks to the introduction of a wide selection of new varieties, they can harvest more than just one crop a year. They are now able to grow rice even where salinity problems from sea water encroachment made it difficult in the not too distant past. The best thing about the cuisine is that they have chilis and are not afraid to use them.

In the major cities modern technology reigns except when you get into traffic. Then you have to deal with pedal and battery powered rickshaws, drivers with over active car horns, and people trying to fit three or four lanes of traffic into space for two. Other than that, it is a modern country with narrow roads. The roads are all paved with bridges across the smaller rivers and livestock wandering everywhere and expecting you to move for them, not the other way around. 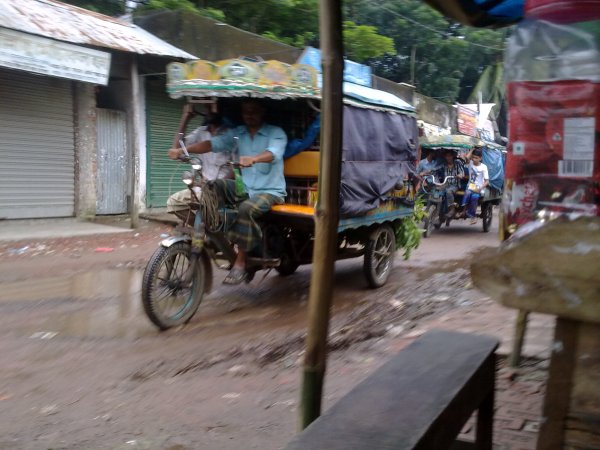 It is a country well worth the visit, if not to do a project, at least to luxuriate on beaches with the finest sand you ever saw.