Education and a Celebration

A Day in Tolo, Guinea

Dr. Billye Foster, Professor of Agriculture at Tennessee Tech University recently returned from her first Farmer-to-Farmer volunteer trip with Winrock in Guinea. She worked with faculty and staff to improve administration of agriculture schools. During her trip, Dr. Foster kept a journal. Today’s blog is an excerpt from a day in Tolo.

After spending Saturday in Dalaba, we started back to Mamou by way of Tolo. Our primary goal was to visit the school in Tolo, which the Belgians began in 1932. The school houses 105 students, all who work on the farm or at the school as well as attend class. We stopped at the home of one of the two women in our workshop and both she and the Director were there with our lunch prepared. It is so strange because most of the food is made of things I’ve never heard of, yet there are pieces of things I grew up with. 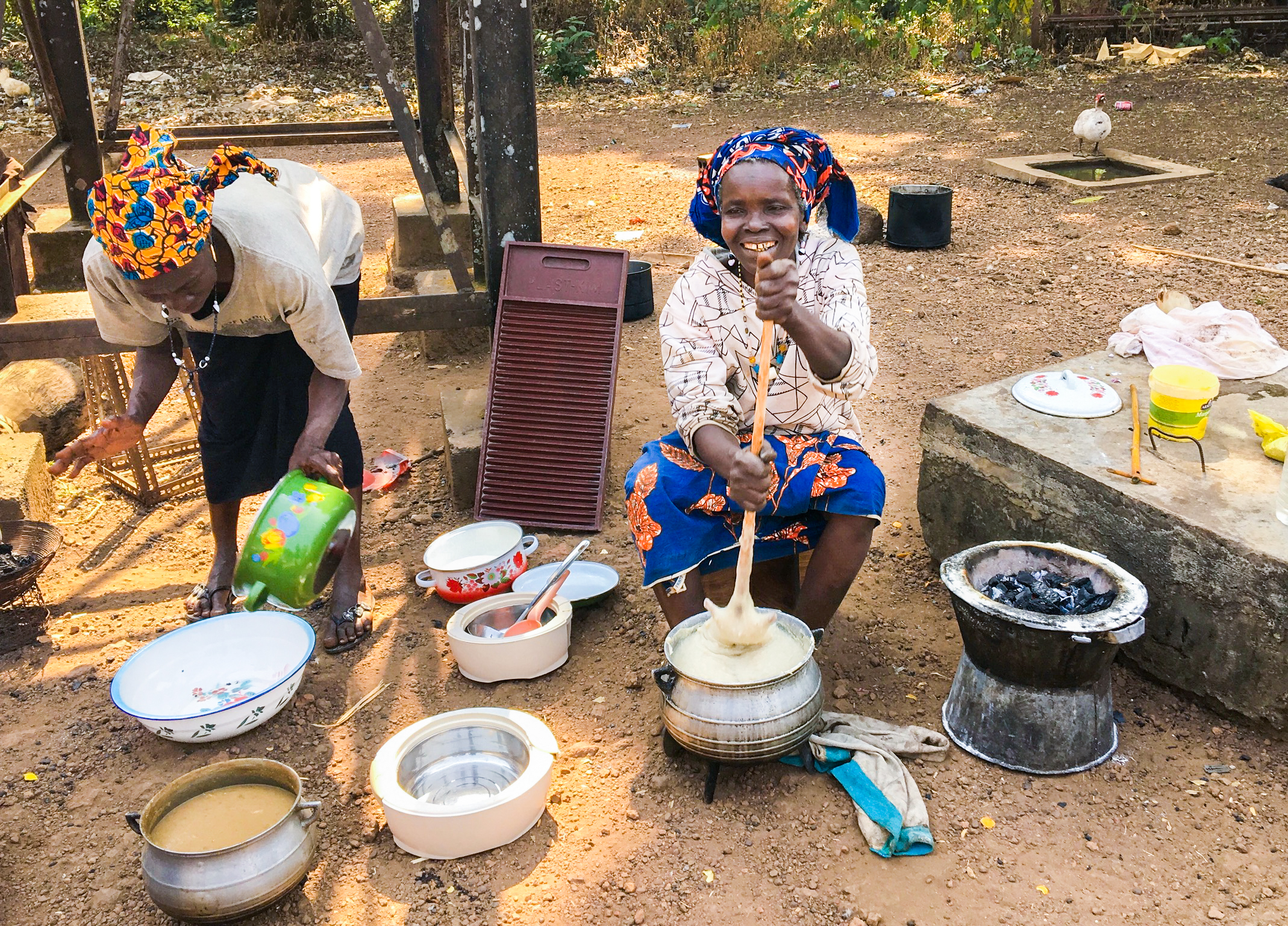 Today, instead of rice, we had fonio (looks like mini rice and tastes like grits) and something called Cassava Tot—it had the consistency of really sticky cream of wheat but was made from Cassava flour and fonio and water. Of course this was all to be covered with the Sauce. Today’s sauce was creamy in appearance but was made of okra, peanuts, dried fish and spice! I wouldn’t have even known there was fish in it if they hadn’t told me. But you have to understand they literally beat the life out of the ingredients with wooden sticks and bowls. Then they cook it, then they beat it all again. There was no dairy of any kind in the sauce, but all that beating made it creamy.

This was all prepared by hand and cooked over a fire. The men in the group praised it highly (as they should have) and noted girls in the cities just didn’t know how to cook good food like this. We had papaya for dessert and then took the farm tour. This place is so remote you wonder how even 100 students found it, and although most of the buildings are in need of repair, they have a viable poultry system going. The students do almost all the labor and I have some great shots of the brooder house and the laying barn. But the next item on the agenda gave new insight to my perspective.

The woman who hosted our lunch works in the school’s administration, but also farms as most of the women here do. She has formed a group of women farmers and I was taken to their cooperative field and met by them straight from the field. They came to me singing and clapping and were so happy to see me! And I realized they were the same women I had seen cooking our lunch over open flame in the home’s yard. I got out of the jeep and met them clapping to their music. When they were close they surrounded me and started dancing, so naturally I joined in—we became fast friends and I agreed to serve as a long-distant advocate and advisor. 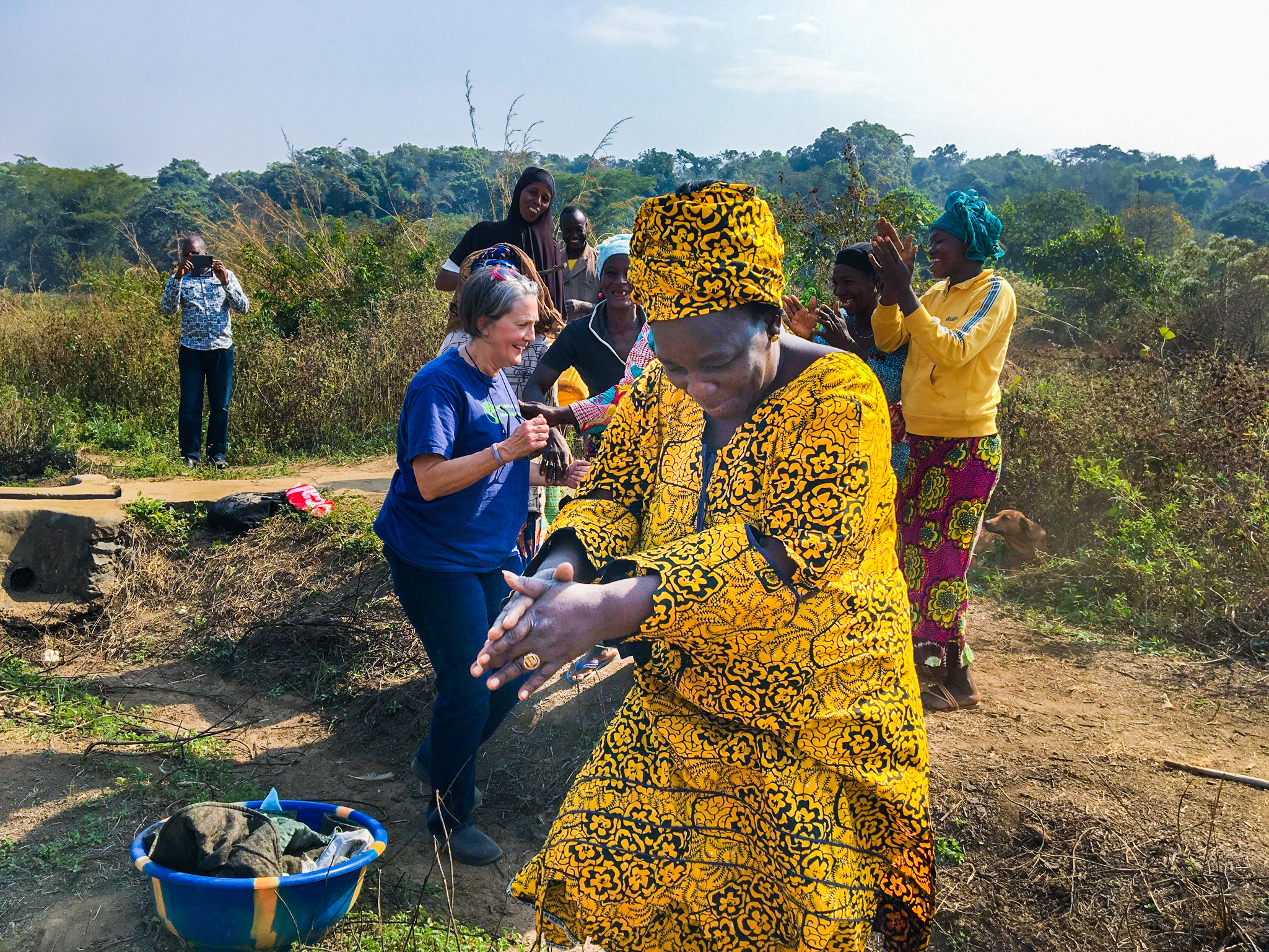 It was a very humbling experience. When you watch how hard these women work it is mind-boggling. Most are much younger than they look, and it is not uncommon to see them in the field or wherever—working hard with a baby strapped to their back. And sometimes these children are up to 2 or 3 years old. It is like a perpetual take your child to work program. They cultivate and plant by hand and clear with machetes like men. They sweep their floors with hand brooms made of thick, long grass of some type. I asked why their brooms don’t have handles and they looked at me like I was crazy.

I do not know how they do it all. The house work, including laundry by hand, the cooking—which is an all-day event, not to mention farming and childcare are heavy labor in this world.