From the Fruits of Bangladesh, Come New Experiences

Thomas Sallee recently returned from his second trip to Bangladesh, where he built the statistical analysis skills of faculty from Jessore University of Science and Technology and International University of Business Agriculture and Technology in order for them to conduct improved, advanced agricultural research. He shares his thoughts below on the differences and similarities between his two trips to Bangladesh.

My second visit to Bangladesh was somewhat different from my first trip. This time it was during the monsoon season which came early this year. It rained just about every day while I was in Dhaka, although mostly at night and in the early morning so I never got soaking wet. Also, my hosts were very considerate and held umbrellas for me and loaded me into vehicles under overhangs or covers. Luckily, none of the areas where I needed to visit were flooded although some parts of the city did experience inundated streets. Other parts of the country weren’t as fortunate. Heavy rains further upstream in India and Nepal along with locally severe rains caused extensive flooding in the eastern part of the country. The people I spoke with endured this with an optimistic resiliency based on the fact that they had seen this year after year and had always come through it and prospered. In Dhaka, I provided some training at the International University of Business Agriculture and Technology (IUBAT). This University, founded in 1991, was the first private university in Bangladesh. 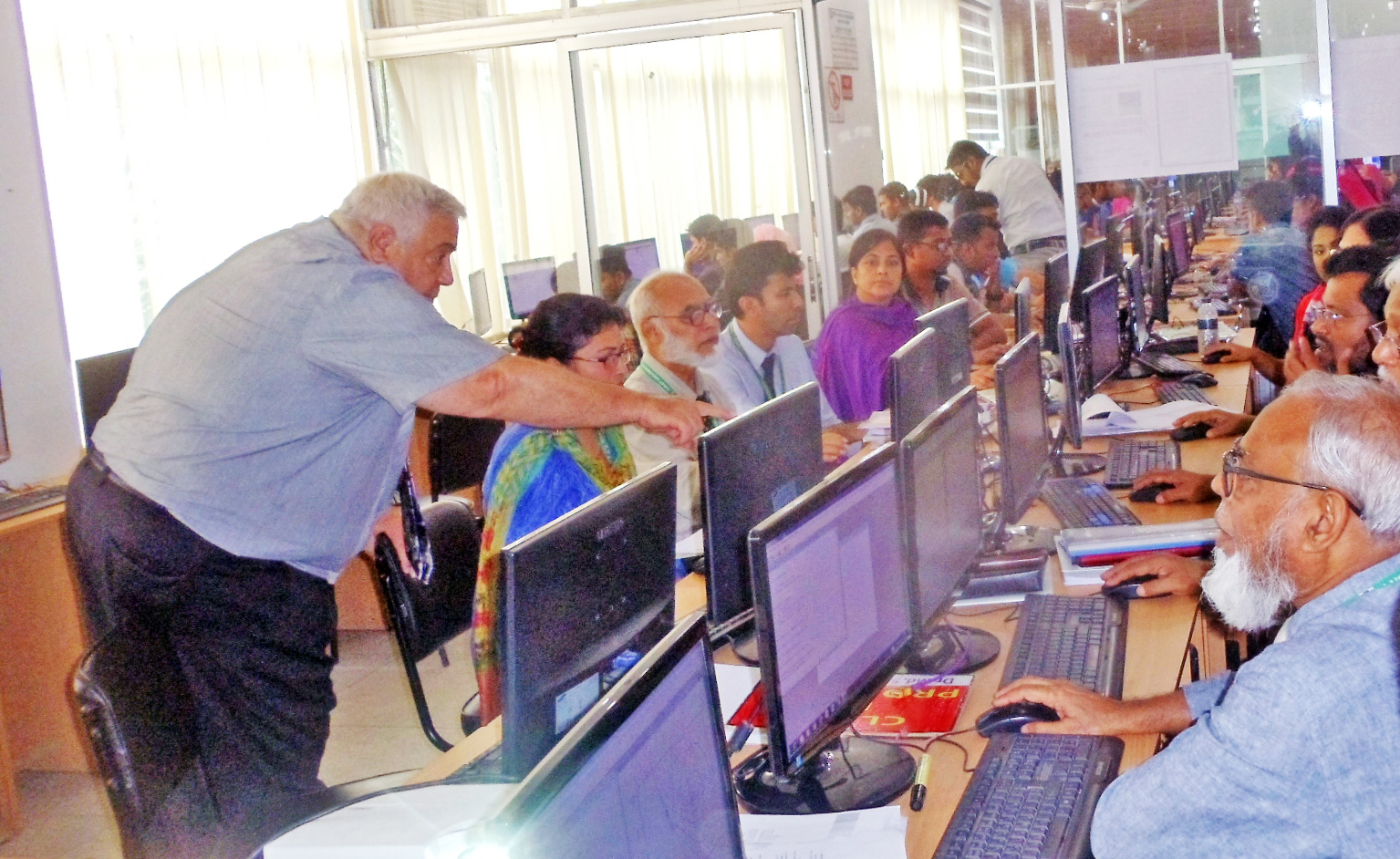 I also presented training at Jessore University of Science and Technology (JUST), a newer public university, founded in 2007. The rains continued as I traveled to Jessore. Again, my hosts graciously arranged to keep me dry and comfortable. I saw jute being grown, a new experience for me. Jute is a long, soft, shiny vegetable fiber that can be spun into coarse, strong threads. At one time jute was a major export crop for Bangladesh, but declined as a significant crop as plastics took over the bag and rope market. Today, as the world tries to reduce its dependence on petroleum products, there has been a small revival in jute production. 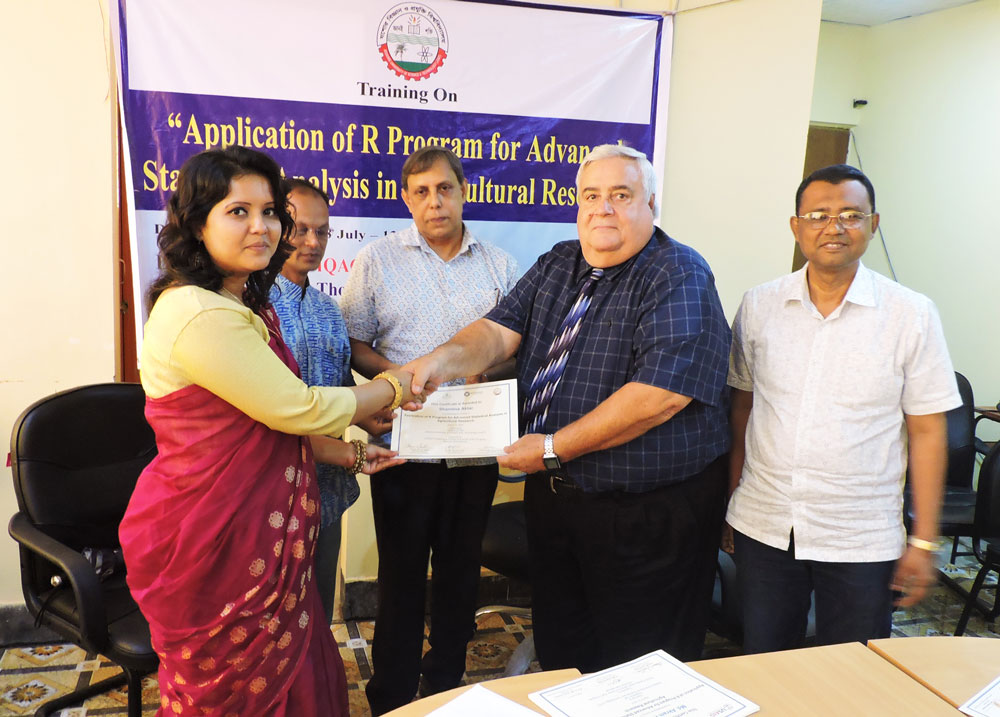 Another difference from my previous visit was that mangoes and jackfruit were in season. Again, my hosts were diligent in providing for me and I had plenty of delicious fresh fruit. I didn’t know there was such an assortment of mangoes. The inside of each variety has a unique color ranging from light yellow to dark gold. The flavors are also quite different. I ate a lot of mango and finally decided I couldn’t pick a favorite. They were all delicious. I also ate a lot of fresh jackfruit, which is nearly impossible to find back home. I didn’t know that the seeds of the jackfruit could be prepared and eaten several different ways. I had some that had been roasted and it reminded me of eating unsalted roasted peanuts. 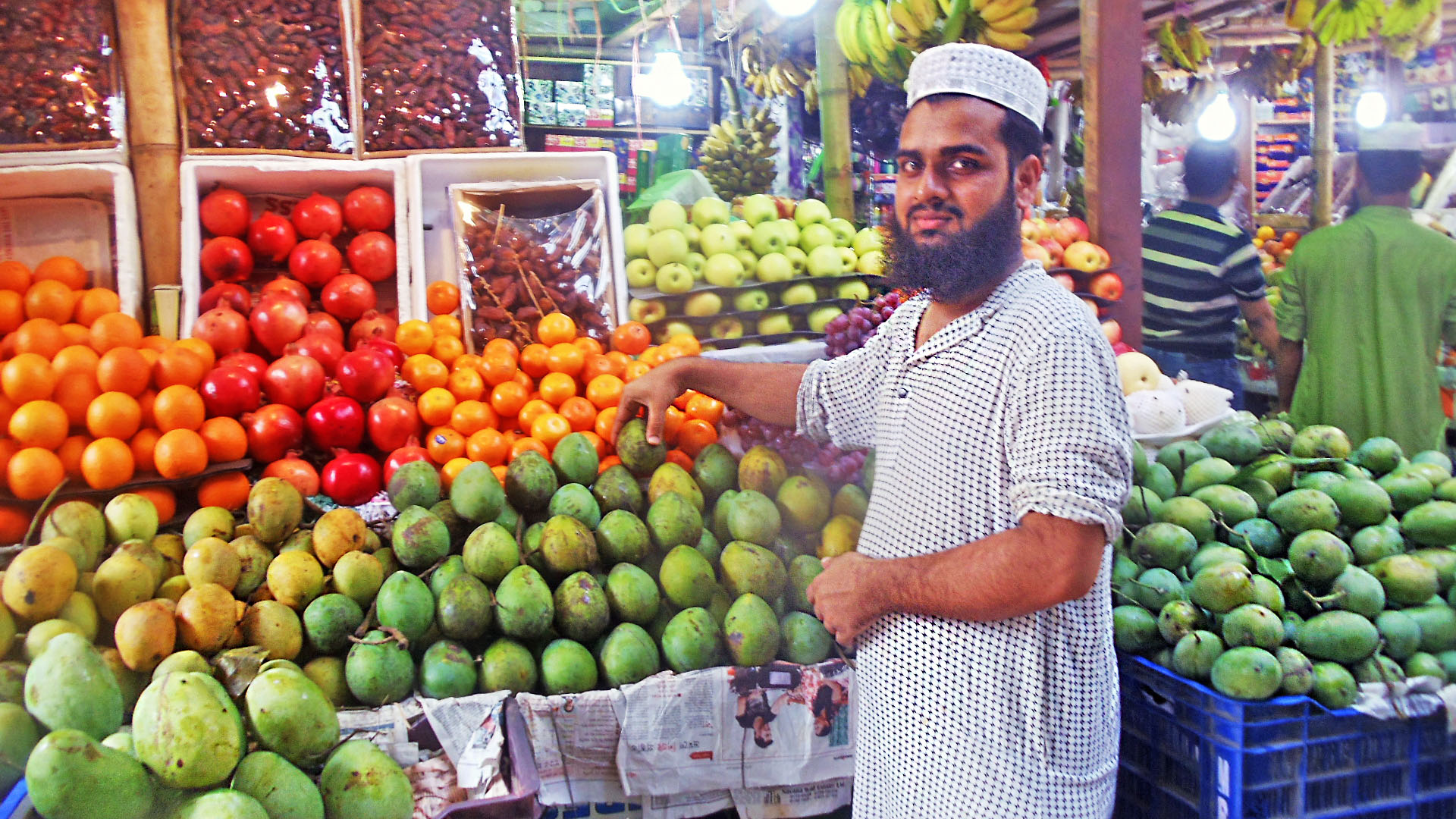