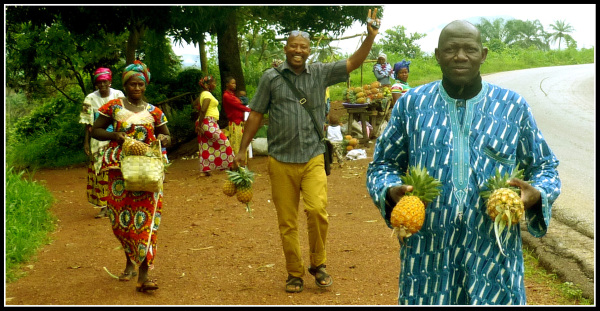 In June, Kris Fricke took his first trip to Guinea. His volunteer assignment was focused on training local beekeepers on the conversion of traditional beekeeping into beekeeping as a business. Kris spoke to the Beekeepers Federation of Guinea about bee biology and behavior, instructed the group on how to inspect and improve hives, and taught them how to use the beeswax to make soap and candles. He also shared knowledge about selling the honey and wax products, and offered ideas for business growth. Upon returning from his assignment, Kris reflected on the new friends he made, the rich culture of these people, and the beautiful countryside where they live and work. He has shared his thoughts on Guinea in today’s blog:

Though I’ve already learned that every volunteer project is completely different, this one still managed to catch me by surprise in a few ways. The closest I’d been to Guinea before this was Nigeria, about 1500 miles due East, so I foolishly assumed there’d be similarities, and packed all my hot weather clothes. As my plane approached the airport in Conakry I looked down at a lush green expanse full of winding rivers, and it didn’t look at all like Nigeria. As I stepped out of the terminal it was drizzling. A local would later inform me “Guinea is the water tank of Africa,” and that’s not far off — several major rivers, including the river Niger (which runs through five countries) originate in Guinea. When I got to the village I found my trainees wearing puffy jackets, and I had almost not packed the one long-sleeved shirt I had!

This was my sixth project overall, but the first one in which I was actually housed in the village instead of a hotel in town. When training was over, instead of going back to a hotel with spotty electricity to sit by myself wondering if the AC would start working, I had the liberating knowledge that there would never be any power or water, and instead I’d spend my evening sitting on a porch with the locals trying to figure out what they were talking about. The first evening I was sitting on the porch with Winrock staffer Bara, who was tending a tea kettle on a stove of coals, when the call to prayer sounded on his cell phone. “Let’s go break fast!” he said to me enthusiastically (it was Ramadan), so we joined many others from the village, trudging under umbrellas through the pouring rain to the village elder’s house for prayers, as thunder rumbled outside. After prayer, big communal bowls of food were brought out. Altogether I could tell I was in for a much more culturally immersive experience than sitting in a hotel trying to get an internet connection! Everyone from the village was so hospitable and welcomed me into their daily practices, even though we didn’t share a language and they weren’t part of my project. Every day of the following two weeks I’d help them set up the mats for evening prayer, I’d break fast and have dinner with them.

At first the children shyly hailed me with “bonjour” from a distance, but soon they were following me around, climbing on me, and we’d kick or throw a ball around … sometimes not sharing a language is not an impediment at all!

Altogether I had a great experience and would gladly forego electricity and running water for such a cultural experience again!

Kris took some amazing photos! Here are just a few: 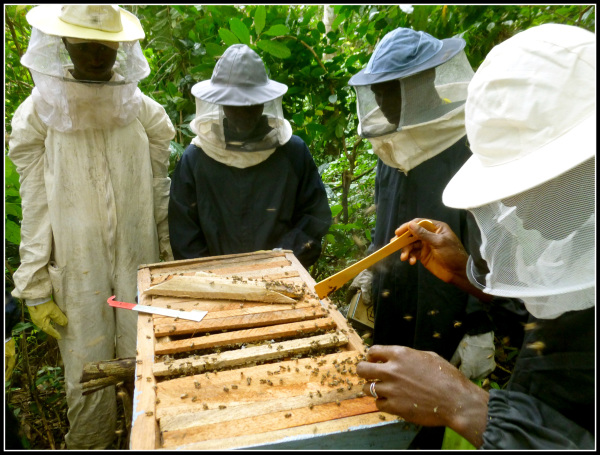 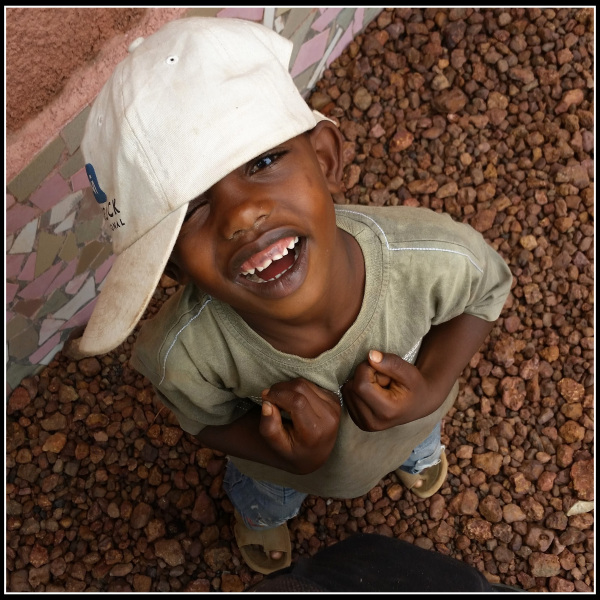 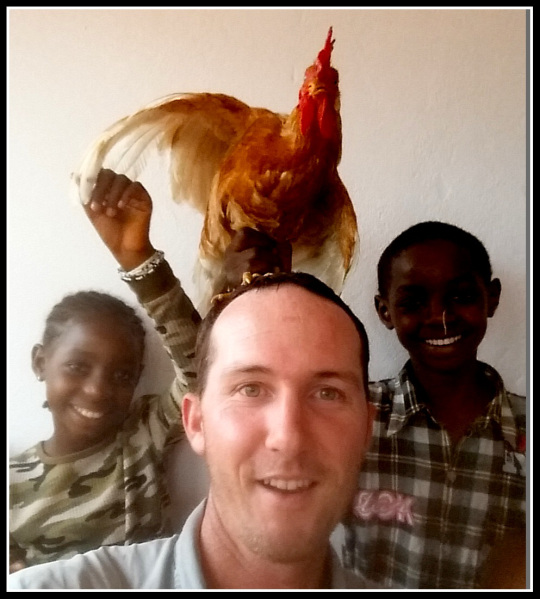 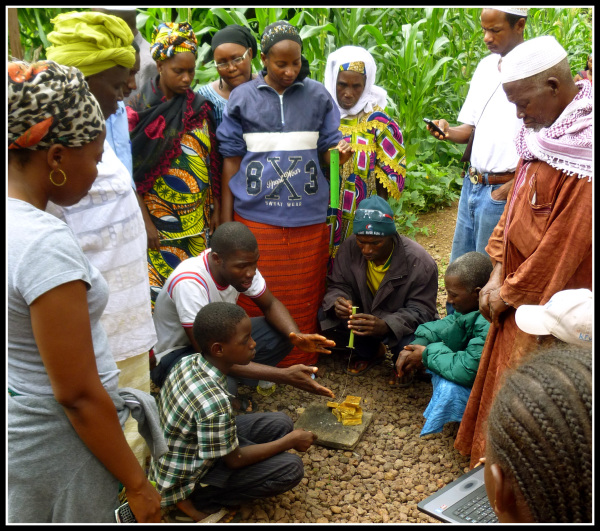