Serving Winrock’s F2F for Over 20 Years

The Farmer-to-Farmer (F2F) program connects U.S.-based volunteers with our partners in developing countries to provide technical, hands-on training in communities. F2F is supported by funding through the U.S. Farm Bill which is then administered by USAID. Winrock is one of several implementing partners that sends volunteers around the world and currently works mostly in West Africa – Ghana, Guinea, Mali, Nigeria, and Senegal. Part of running the project successfully is having dedicated and enthusiastic volunteer recruiters. Darla, a Farmer-to-Farmer (F2F) volunteer recruiter, has placed hundreds of volunteers in countries around the world over the course of her career spanning 21 years! 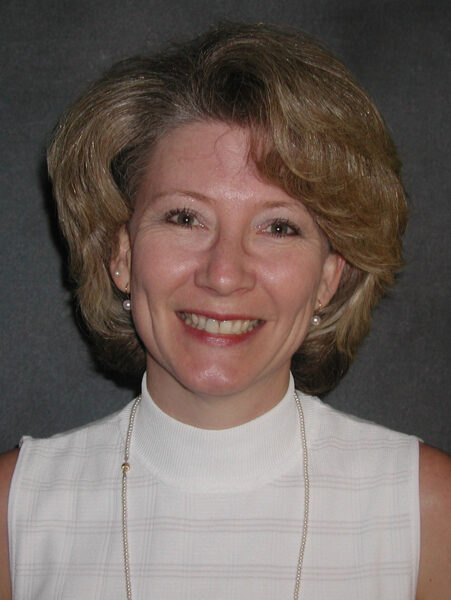 Darla Emby at the beginning of her Winrock career

Darla credits learning about Winrock to a serendipitous moment when she and her husband, Jeffery, were invited to the Winthrop Rockefeller Institute which sits atop beautiful Petit Jean Mountain in Morrilton, Arkansas. At the time, Darla was completing her Bachelor of Science degree in sociology and was looking for a career in something that would give her meaning and purpose. After the visit to the Rockefeller Institute, Darla was hired as a Payroll Clerk, kickstarting her career at Winrock International.

A few months into her new job, Darla had the privilege to hear Mr. David Pearce, a long-time Winrock volunteer, share his passion for the F2F program. David told Darla about the transformational influence F2F had had on his life and those he worked with abroad. According to Darla

“David was talking about getting the [Volunteer of the Year] award, and his recollection of volunteering and what all it meant to him, how much he loved it, and by that time Jeffery had done a volunteer assignment as well… it was speaking to me… I had chills, I had tears in my eyes, and I thought – You want to matter. You want what you do to matter and not just to me, but to other people as well. It all fell into place.”

Darla then transitioned to being a F2F volunteer recruiter. Darla explained she is most inspired by F2F because of the opportunities to meet different people and facilitate volunteer assignments that help people live better lives. “Everyone deserves to have food for their family and a roof over their heads”. Darla has traveled to countries in Central Asia and West Africa where over the years Winrock has placed F2F volunteers in countries like Kazakhstan, Kyrgyzstan, Uzbekistan, Tajikistan, and Senegal. Darla’s trips abroad to visit with the Country Directors, host organizations, and volunteers gave her a deeper understanding of her work as a volunteer recruiter which further fueled her passion for F2F. Darla shared that one of the amazing aspects of the F2F program is the “person to person connection”. 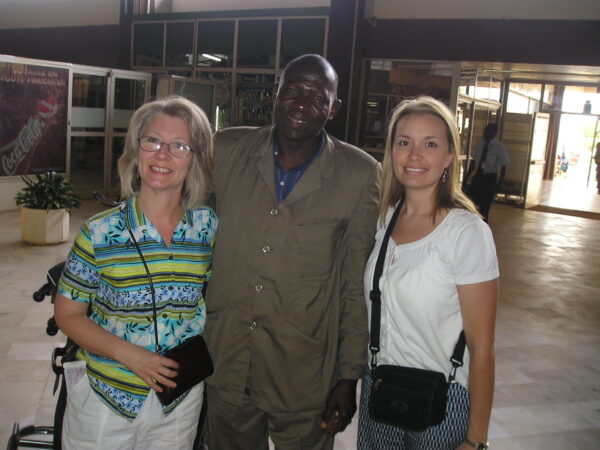 The number one trait Darla looks for in a successful volunteer is compassion and empathy. Darla enjoys crafting relationships with each volunteer and has noticed those who are respectful, adaptable, and open to other cultures have the greatest level of success. Darla explained, “I want a volunteer that knows their field, but that is the easy part. It used to be the volunteer would stay in the host’s home and in some cases, they still do. There are literally no hotels in some of these areas. So, you want someone who is going to be respectful.”

During her 21 years with F2F, Darla has experienced many changes to the volunteer recruitment and mobilization process. The greatest change has been the use of cell phones. When Darla’s husband volunteered with F2F in Turkmenistan: “He didn’t have a cell phone. He had traveled once… He literally got on the plane and a day and a half later he landed in Ashgabat, Turkmenistan…It was like someone saying, ‘jump off this cliff and we are going to catch you before you hit the ground’. I didn’t hear from him for two weeks. I knew roughly when his plane got home. So, about 11 o’clock he flew in from Chicago and got off the plane [in Little Rock] and it was like, ‘what a leap of faith!’”

Now, because of cell phones, Darla can stay in more constant communication with volunteers, host organizations, and Country Directors, to more readily communicate safety information. Thinking into the future, Darla would like to see the Farm Bill and tax dollars continue to support F2F and expand volunteer support on additional Winrock projects.