Shoeless on a Mat….Understanding People’s Aspirations, Abilities and Local Culture

Farmer-to-Farmer volunteer, Alan Robinson, shares his reflections from his ecotourism assignment in Cambodia working with the USAID-funded Supporting Forest and Biodiversity (SFB) Project.

“Critical to evaluating potential for developing community-based ecotourism is understanding people’s aspirations, abilities and local cultural or natural features which might be of interest to visitors. [My] very professional Winrock counterparts had already spent weeks or months in that process but our own short visits always began with a meeting with a local committee to get a sense of wants and needs. Inevitably this takes place shoeless on a mat on the ground or in a traditional stilted wooden home where we might have been the first foreigners to set foot in their remote village. At the end of the five-week project [I and my] colleagues hosted a workshop in which 20 representatives of these villages and provincial officials and conservation groups jointly developed ecotourism frameworks for the next several years of development.

“One of [my] tasks involved suggesting an ecotourism strategy for villages along the Mekong River. One scenario would combine an adventurous small boat ascent of this mighty river with mountainbike explorations of undisturbed riverside forest, with overnight stays in village guesthouses. This section of the Mekong is home to small populations of the endangered freshwater Irrawaddy dolphin (photo below), glimpses of which would be one of the highlights of an ecotourism visit.” 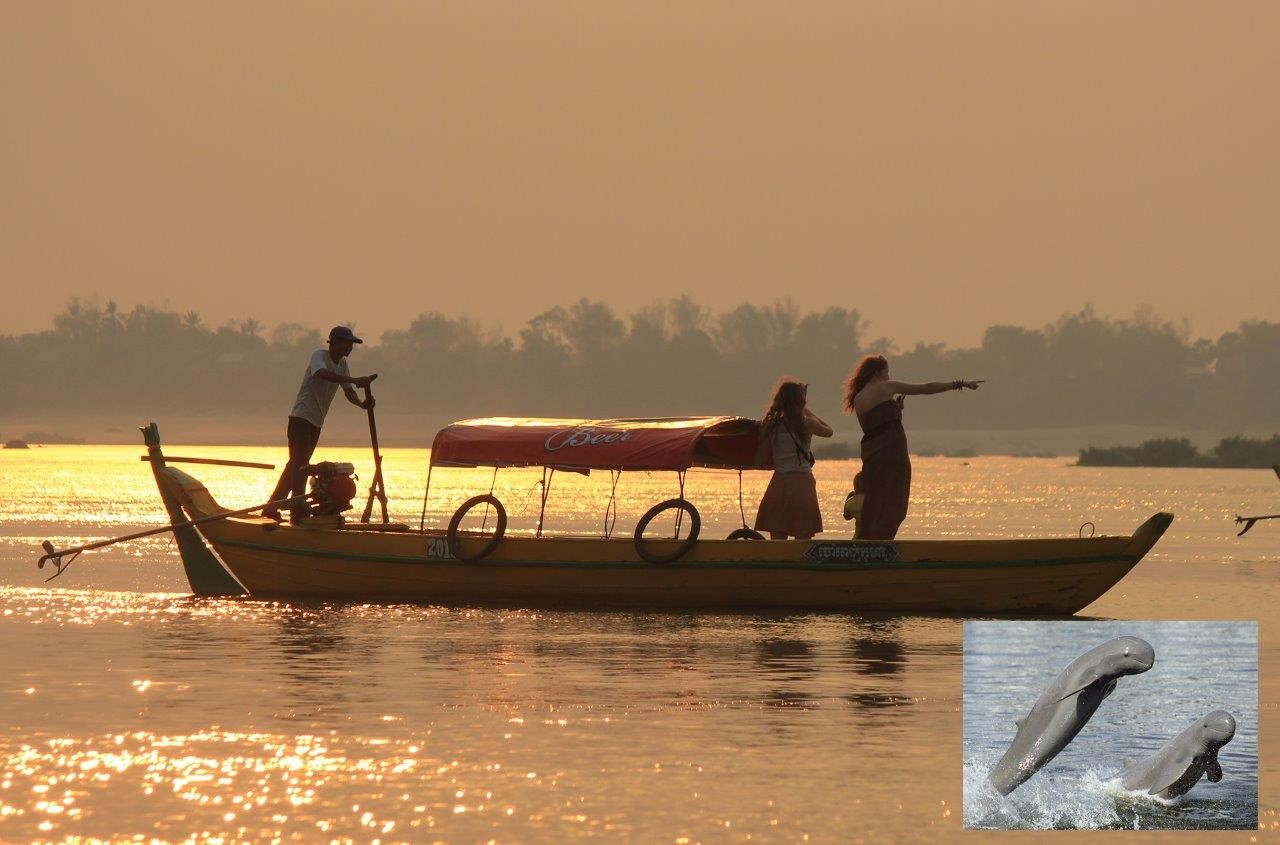 SFB project staff noted that “[the participants in the trainings] learned a lot of things from [Alan] especially on how to use locally available resources to attract visitors.”  In addition, the SFB project continues to assist these communities and is working with one to develop a business plan using the inputs from Alan’s training and the ecotourism products he recommended. Thanks Alan for all your hard work, we look forward to hearing more on the exciting progress from your assignment!