Once a Volunteer, Always a Friend

On International Volunteer Day, we celebrate the lifetime friendships forged by Farmer-to-Farmer volunteers and their hosts

International Volunteer Day is celebrated on December 5 every year. It serves as an opportunity for organizations like Winrock to celebrate volunteerism and reflect on the inspiring work of our volunteers.

An important part of volunteerism, and of particular importance to the USAID Farmer-to-Farmer (F2F) program, are the people-to-people connections and cultural bridges formed by US volunteers and in-country hosts and beneficiaries. Many times, a volunteer assignment yields more than improved products or services or increased income and sales: it yields a life-long friendship. 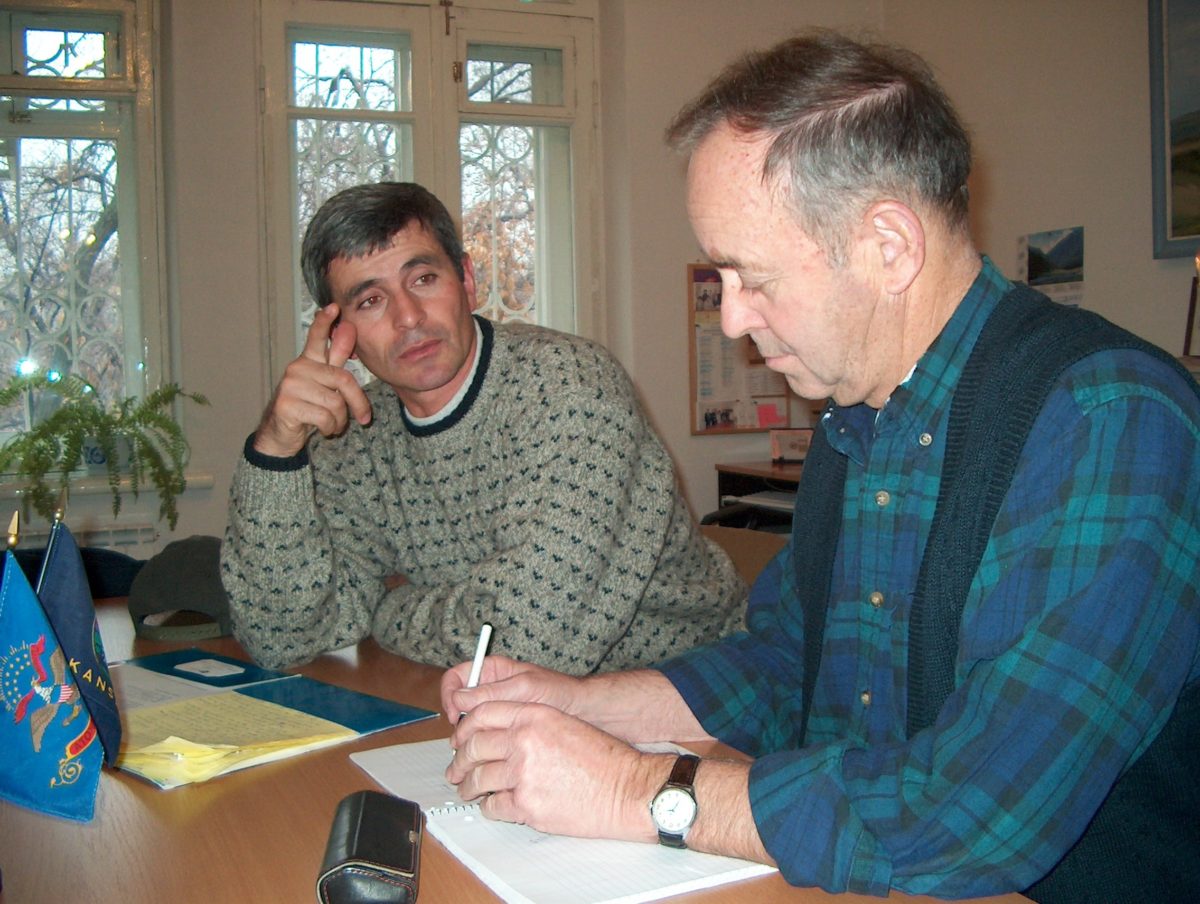 Mr. John Rodgers, owner of Plum Bottom Farm in Belleville, PA, grew up working on a farm and is intimately knowledgeable of dairy farm operations. John traveled on his first volunteer assignment to Kazakhstan in 1993 and over the next 15 years, he has traveled 136,500 miles and volunteered 539 days to contribute to agricultural development in Central Asia.

In 1997, John was awarded a $40,000 grant from the US Department of Agriculture to purchase and transport 199 US dairy cow embryos to Kazakhstan, which helped improve herd genetics and cattle rearing in the country. In the summer of 2006, John was instrumental in the launch of the first Agricultural Progress Days of Kazakhstan, with Winrock International and several US and Kazakh institutions, focusing on technologies to increase farm productivity. 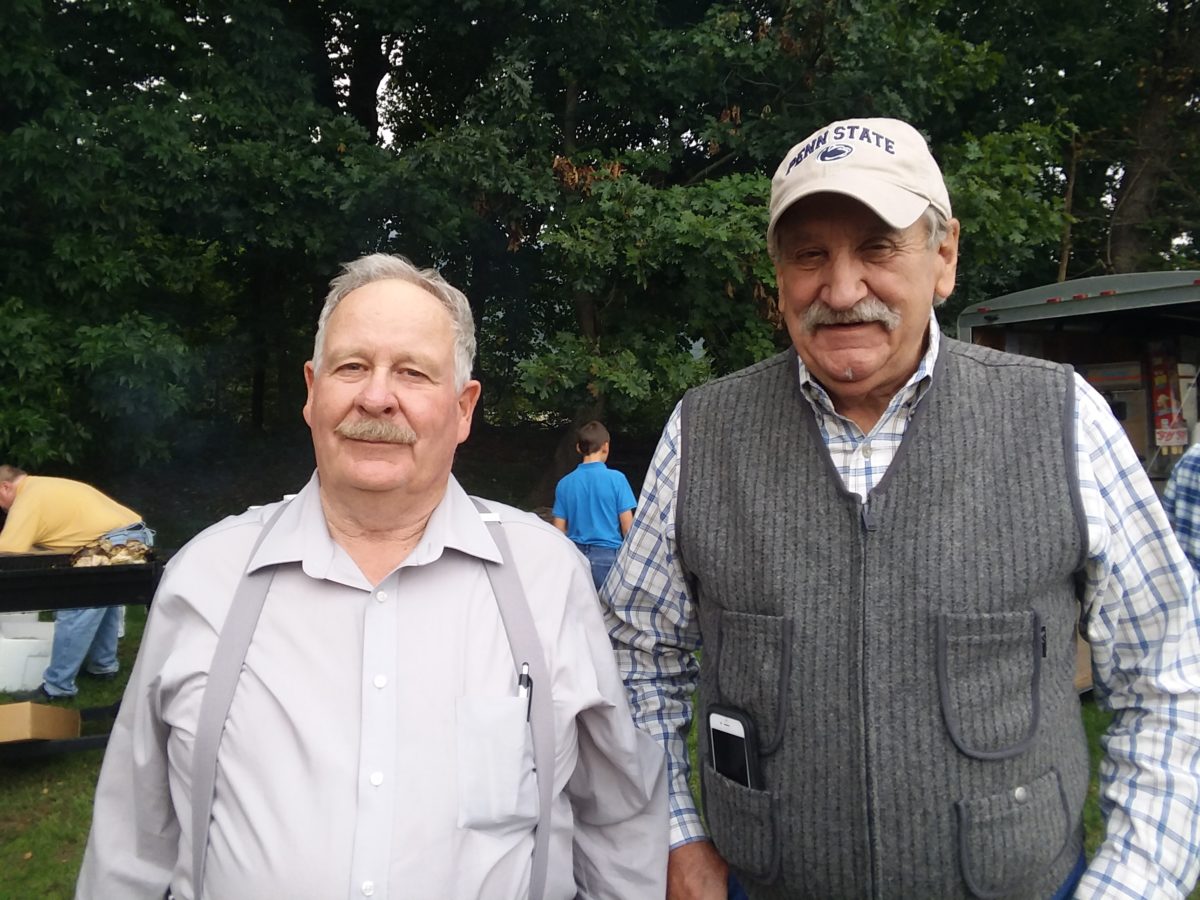 John Haight and PJ Burgess at the reunion, 2018. John focused on forage crops for dairy cattle. PJ helped with AI techniques and cattle raising. Both were in Kazakhstan in the early 2000s

Hiza Akhmatov, Executive Director of Taurus Services of Central Asia, received volunteer technical assistance while working on a state dairy farm. Later, after forming Taurus Services, he served as a host for volunteers. He said, “I met John when I was working on a state farm in Kazakhstan. He made such an impression on me, that I could help with improving the dairy business. Two years later I quit my job and started working for the organization bring in embryos. This changed my life and the life of my family.” Taurus Services has benefitted from thirty-one volunteer assignments via various Winrock-implemented Farmer-to-Farmer projects in the region. 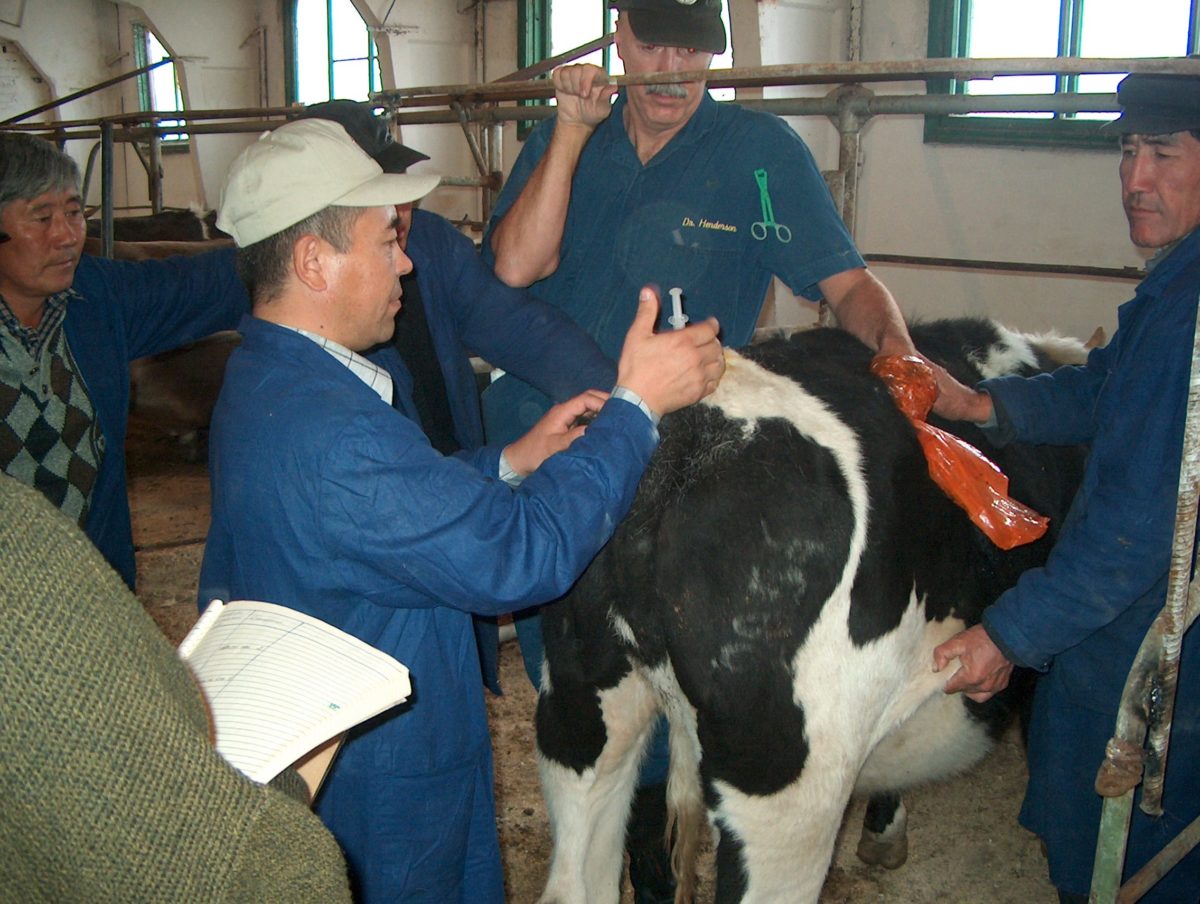 Fast forward to 2018: Hiza was one of 11 farmers from Kazakhstan, Kyrgyzstan, and the Republic of Georgia who visited John and his family at their Pennsylvania farm and traveled to other dairy operations across the US. John organized a gathering that served as a celebration of agriculture and friendships lasting decades and spanning continents. F2F volunteers John Height, Richard Witter, PJ Burgess, Doug Rake, and John Kiefer were in attendance. Darla Embry, a volunteer recruiter with Winrock, also attended the event. She noted, “The gathering felt like a family reunion; a homecoming of sorts! It was inspiring to see these long-lasting connections.” 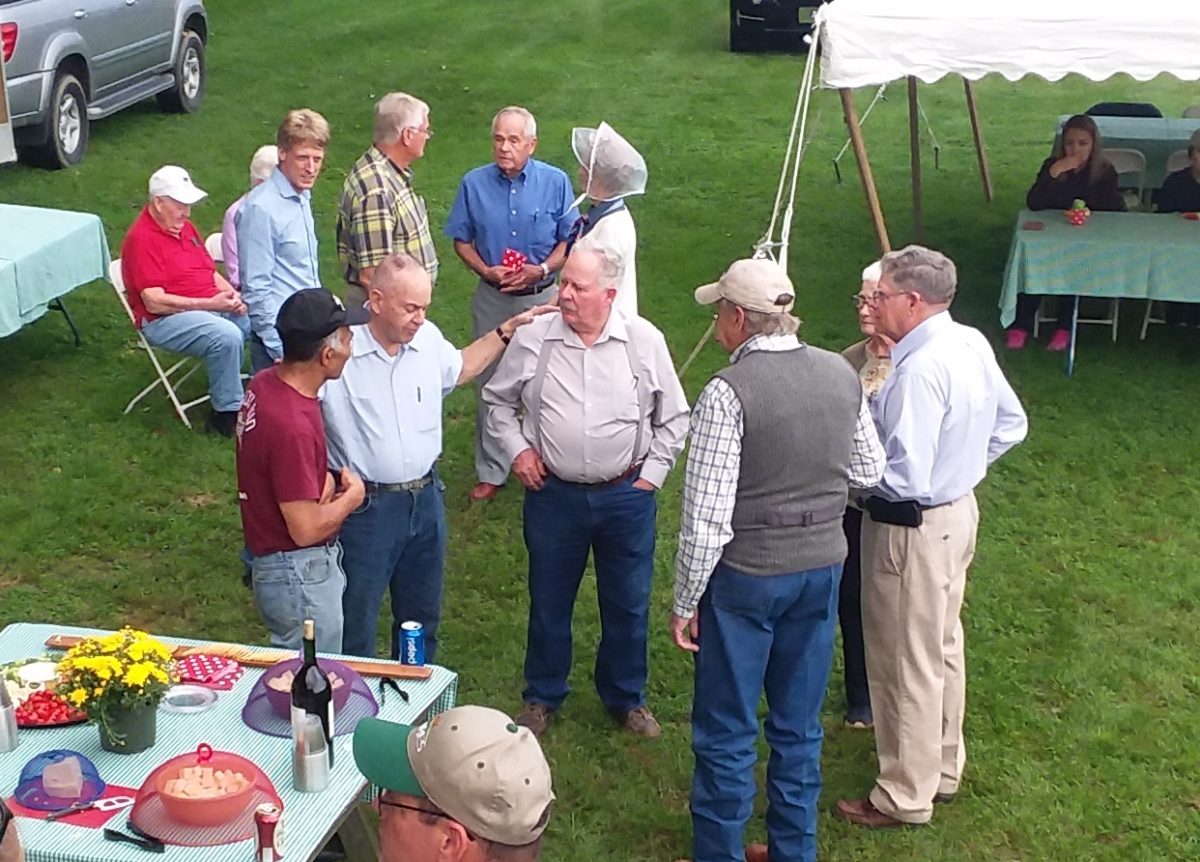 Volunteers reminisce at the reunion, 2018