Since 2004, staff of Winrock’s John D. Rockefeller 3rd Scholars Program have been working to track down former fellows of the Agricultural Development Council, Winrock’s predecessor organization, which gave graduate degree scholarships to 588 students in 16 Asian countries between 1954 and 1985. It was easy to find former A/D/C fellows in Indonesia, Philippines, Thailand and Nepal, where many scholarships were provided. Finding the two fellows in Burma, however, proved to be difficult.

In July 2007, Professor Maung Maung Htwe received a call telling him that a Winrock staffer was in Yangon and wanted to meet him for breakfast. He was shocked. “I lost touch with Winrock 35 years ago,” he says. “So I was very surprised to get the call.”

Professor Maung Maung Htwe received an A/D/C fellowship in 1967 to pursue an M.S. in Horticulture at the University of the Philippines Los Baños. Returning to Burma after completing his degree, Professor Htwe began work at a demonstration farm sponsored by the Myanmar Baptist Convention. The farm, which sought to disseminate pro-poor farming technologies, was Professor Htwe’s passion, and he intended to spend his career there.

Two years later, however, the Burmese government took over the farm. Since there were no NGOs and few private companies in Burma at that time, Professor Htwe’s only choice was to take a professorship at nearby Yezin Agricultural University. But he never abandoned his dream of re-starting a demonstration farm for poor farmers.

Professor Htwe taught at the university for 30 years. Yezin University remains the only agriculture school in Burma; as a result, Professor Htwe says he had a hand in training most of the agriculture professionals working in Burma today.

After retiring in 1997, at the age of 60, Professor Htwe joined the board of the Myanmar Baptist Convention’s Christian Social Services and Development Department (CSSDD), dedicated to improving the lives of Burma’s rural poor.

Working with CSSDD, Professor Htwe has finally been able to accomplish his dream. In 2004 the CSSDD acquired 18 acres of land in Nyaung Ta Gar village, north of Yangon. 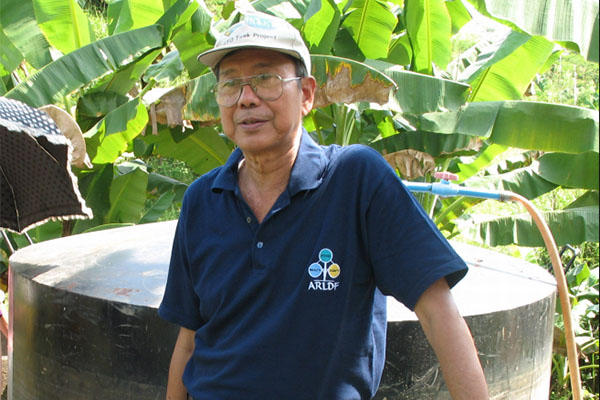 When asked what he is most proud of in his career, his reply is swift: the Nyaung Ta Gar demonstration farm, of course. He points out that few organizations are doing agricultural work in Myanmar, because government permission is required.

“Ten years ago there were almost no NGOs in Myanmar. Now there are about fifty NGOs and four are doing agriculture work, employing many of my past students.” 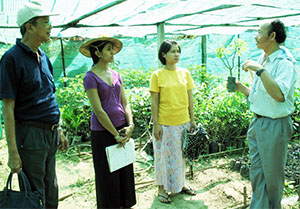 Now 70 years old, Professor Htwe maintains an extremely busy volunteer and work schedule. He is managing director of the Tropical Bio- Technology Company; advisor to the Myanmar Science and Technology Ministry; member of the Myanmar Academy of Sciences; local consultant for the Agricultural and Rural Life Foundation (ADRLF), based in the Philippines; and Executive Committee member of the Myanmar Flor-Culture Association.

Although he makes a good living at his private sector job, and travel to various distant villages is tiring for his aging body, he is passionate about his continued work on rural development.

“Training farmers is better than just getting money from a private farm.” Asked to sum up his life, he says with a smile, “Life begins after 60.”

To support the next generation of Asian scholar-leaders, Winrock International has created the John D. Rockefeller 3rd Scholars Program, which currently supports applied research teams in Burma, Thailand and Vietnam.