In Asia, a Project that Puts Market Systems First

In Nepal, farmers learn a new way to grow rice.

In the flat fields of Nepal’s southern Terai plains, only miles from the Indian border, small farmers like Ramawati Maurya have for generations grown the same variety of rice. “I was growing only coarse rice before,” says Maurya, during a break from pulling weeds with a group of fellow women farmers.

Coarse rice expands when it is cooked, so less of it can fill a hungry stomach — not insignificant in this poor, rural area — yet Maurya is one of many farmers who has begun growing medium fine rice instead of coarse. The reason: She is one of 1,000 small farmers in her area working closely with the nearby Dev Bhar Rice Mill. 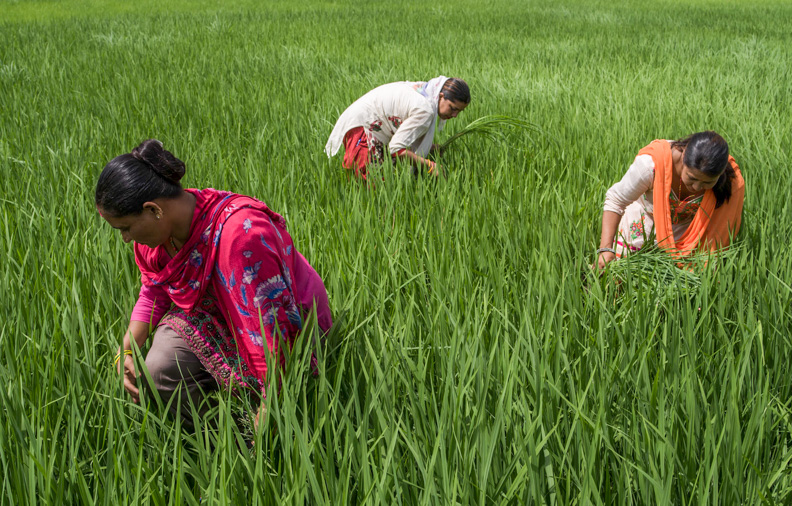 Women weed in a rice paddy.

Dev Bhar is one of several rice mills in the area that has shifted to processing finer varieties of rice, responding to changed market demand. It’s a market shift that Winrock’s Feed the Future Knowledge-based Integrated Sustainable Agriculture and Nutrition project (KISAN), funded by USAID, has been all over.

“The market over the last 10 to 15 years has changed in Nepal,” says Phil Broughton, chief of party for KISAN and now for its follow-on, KISAN II. “Whereas 10 to 15 years ago the market wanted a coarse rice, as income has gone up the demand has shifted more to a fine rice in the market.”

KISAN supplied Dev Bhar with a small grant to modernize its equipment and has shown the mill how to work closely with farmers to help them better manage their crops and increase yields. The mill almost doubled its processing capacity in two years and also drastically reduced the amount of fine rice it has to import from India, which represents a significant cost savings. 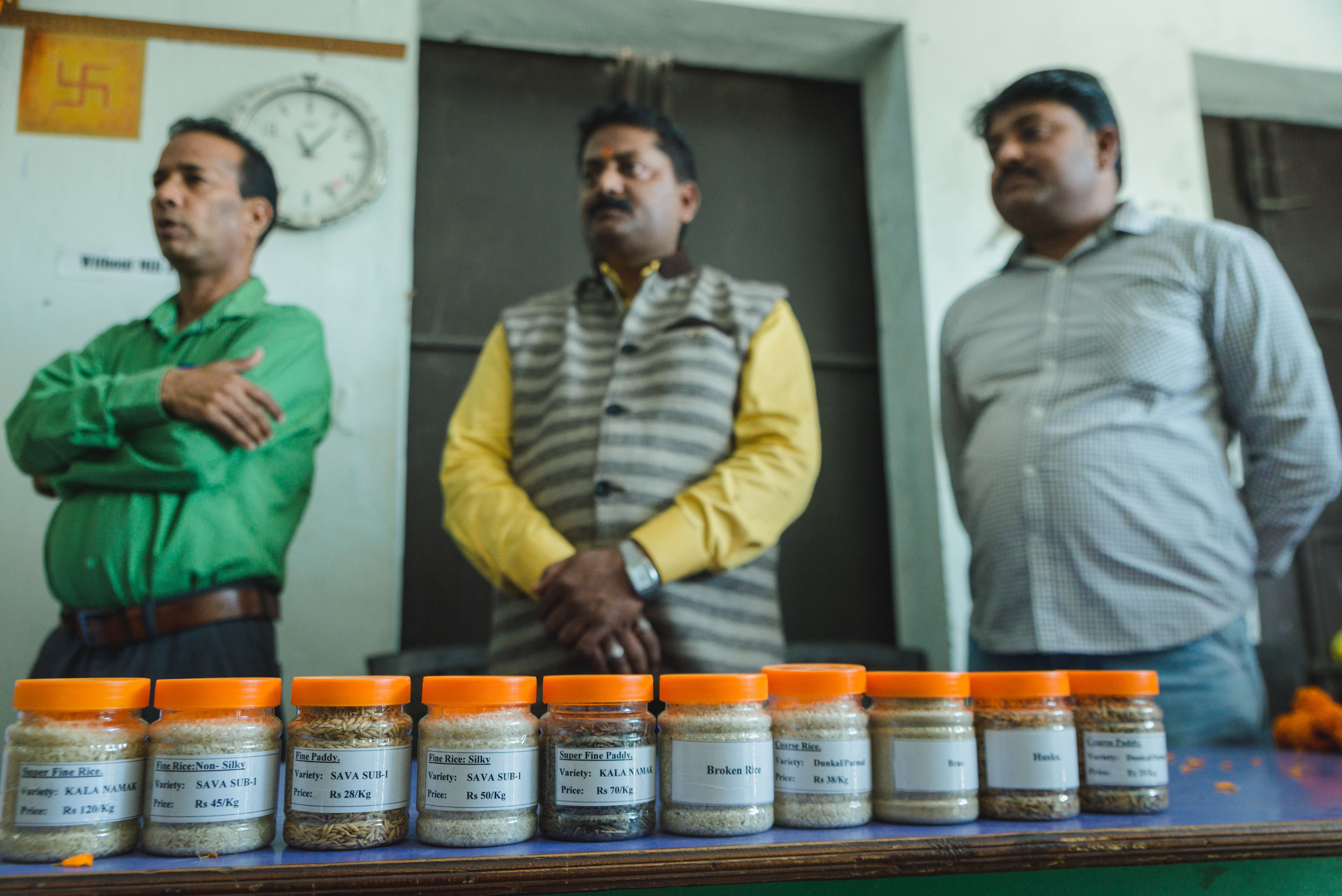 One way the mill worked with farmers was to establish 50 shallow tube wells for irrigation, since the finer rice varieties require more water. These varieties are also more flood-tolerant (able to be under water for 18 days, rather than just two or three), which makes farmers happy when the monsoon comes. With KISAN’s support, the Shiva Shakti’s profit has increased by almost $30,000. 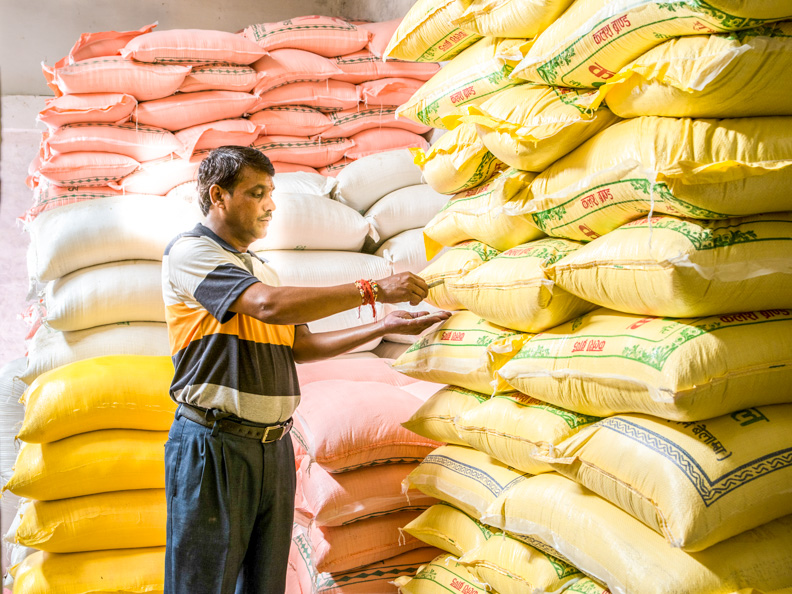 Checking bags of rice at the Dev Bhar Rice Mill.

Building profit is just part of the story; KISAN builds linkages, as well. “Typically, the way things have worked in Nepal is that farmers interact with millers through one or many middle men,” says Jeff Apigian, a program officer at Winrock. “There has been very little direct connection between millers and processors and farmers.” 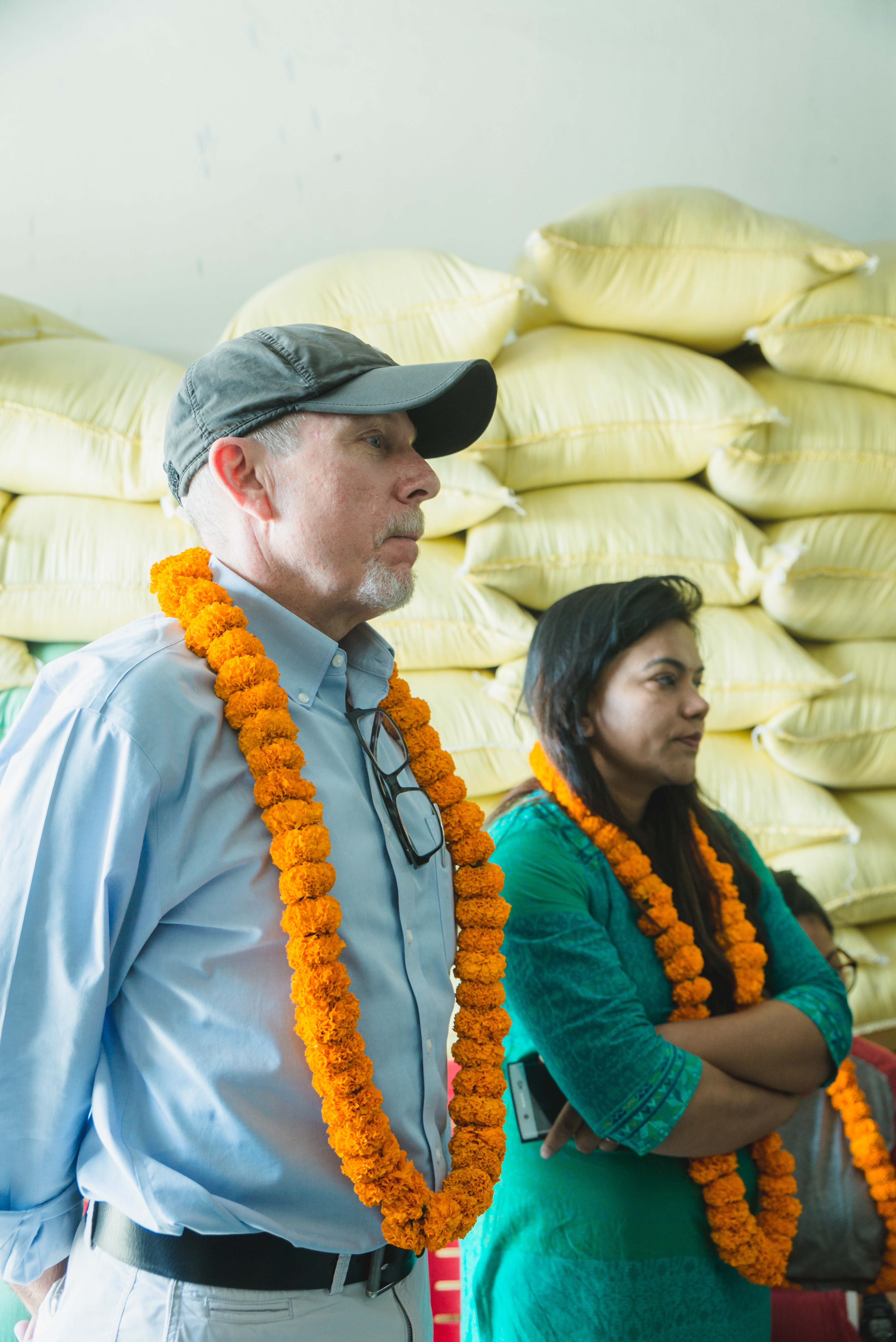 That was certainly the case for Maurya, who says she had never even heard of Dev Bhar before. But thanks to KISAN, Dev Bhar now has an ongoing relationship with a large farmers group that consistently supplies the mill with fine rice to process and sell. Forging ties between local farmers and Dev Bhar is all part of the value chain approach KISAN has employed to build mutually beneficial relationships among a wide array of actors in Nepal’s agriculture sector — bonds that are driven by market demands and can be expected to endure long after KISAN is finished.

For Maurya, a mother of four daughters and two sons, the arrangement has increased her income significantly enough that she has been able to make important investments in her family’s future. “This is very profitable for us,” she says. “I have used the money saved from the sales of grains last year to buy another plot to cultivate more rice, and also to provide a better education for my children at a private school.” 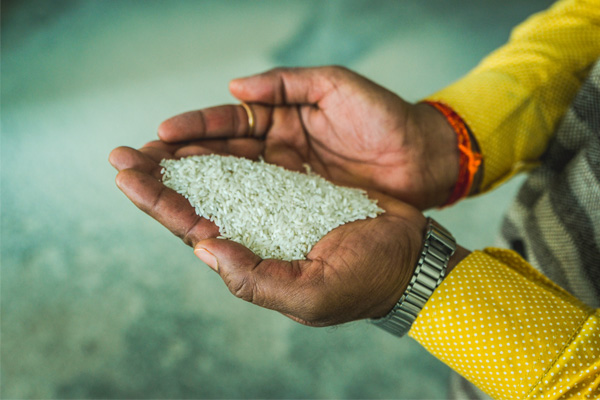 What makes the relationship between Dev Bhar both unique and sustainable over the long-term is that it is a genuine partnership, rather than just transactional.

Dev Bhar’s commitment to the success of local farmers goes beyond providing technical expertise. Importantly, it delivers a level of certainty to farmers, who know that they have a guaranteed market where they can sell their crop for a good price. But the mill also provides vital financial resources to the farmers so that they can plant their rice at the right time. “The mill gives us small loans so that we can buy seed and fertilizer on time,” says Maurya.

In a country like Nepal, where the expertise and resources Dev Bhar can provide to farmers are as scarce as they are necessary, this is a model that can be replicated and endure. “One thing we have been trying to do here is push this model of private-sector led services,” Apigian says. “It’s a model where the private sector provides services to farmers in a mutually beneficial relationship, rather than having farmers working through middle men where things can get convoluted.”

The KISAN II project has been building on KISAN’s success. “In KISAN II we are taking ourselves out of the equation even more,” Broughton says. “We work with the mill while it works with the farmers. That way, when the project ends, the farmers have a relationship with the mill — and not with us.”