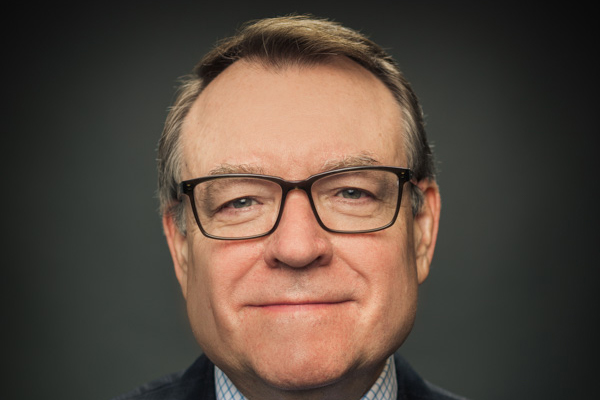 After 32 years of dedicated service, our long-time bedrock colleague and Winrock stalwart John Kadyszewski has retired from Winrock.

John started with Winrock in September 1989, and worked closely with former Winrock CEO Frank Tugwell in setting up and advancing our renewable energy and environmental programming. He believed the science behind climate change was clear and compelling and that the work Winrock was doing in forestry, agriculture and renewable energy could contribute to a solution. During the 1990s, John provided leadership and technical analyses that helped mobilize a billion dollars of investment in cogeneration by the global sugar industry, included creation of the International Cane Energy Network. He recruited a team of renewable energy experts and led the creation of the global network of renewable energy support offices (REPSOs) across nine developing countries in Asia, Africa, and the Americas. He also helped launch the Environmental Enterprises Assistance Fund that successfully invested $85 million over ten years.

Then, as part of his second act at Winrock beginning in 2000, John recruited a team of experts that became the Ecosystem Services group at Winrock. The team created technical guidelines for the measurement and monitoring of forest carbon and analysis of potential carbon sequestration by forests in the United States, becoming a pioneer in the world of carbon accounting for which Winrock is now recognized around the world.

For his third act at Winrock beginning in 2008, he oversaw the integration of the Environmental Resources Trust (ERT) into Winrock and took over as Director of ERT and of the American Carbon Registry (ACR). On his watch, ACR has been distinguished by its focus on ensuring quality on the basis of the scientific integrity of quantification methodologies and transparency in process, and became the leading Offset Project Registry for the California Cap & Trade program. In 2018, he oversaw Winrock’s role in helping to launch the Architecture for REDD+ Transactions for which Winrock now serves as Secretariat. Most recently, ACR was approved as an offset provider for the ICAO Carbon Offsetting and Reduction Scheme for International Aviation (CORSIA).

John’s work embodied what is Winrock’s most important attribute in all of our work – an insistence on integrity. This translates into recognition in the market and therefore sets Winrock apart in a world that is often inundated with organizations that do not have our track record in standards and quality. In large part because of John’s work, we are well positioned to continue climate leadership at scale including working with governments and private sector entities around the globe to achieve their climate targets.

We are not saying goodbye to John – just “Godspeed” as he steps away from the day-to-day responsibilities he has shouldered for these many years. During his retirement he will serve as a Senior Advisor at Winrock International and the Environmental Resources Trust and will continue to support Winrock in its leadership in developing and deploying environmental solutions around the world.