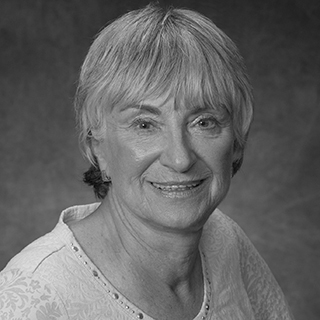 The late Dr. Sandra Brown (1944-2017) was the Chief Scientist with Winrock’s Ecosystem Services Unit. She was a specialist in the role of land use and land cover change in the global carbon cycle and climate change, the impacts of climate change on terrestrial ecosystems, and the present and potential future role of terrestrial ecosystems for mitigation of climate change. She provided leadership and expertise to many national and international organizations in the field of land use/land cover change and its relation to climate change and mitigation. Dr. Brown successfully led more than 50 projects for a variety of U.S. governmental, multilateral and nonprofit donors, including the U.S. Department of Energy, U.S. Environmental Protection Agency, U.S. Agency for International Development (USAID), the World Bank, The Nature Conservancy and Conservation International.

Her more than 30 years of project experience included conducting feasibility studies for climate change mitigation programs, projecting carbon benefits for afforestation/reforestation programs, training local NGOs to conduct environmental assessments and data analysis, and apprising policymakers of the socioeconomics of land-use change, deforestation and carbon trading. Dr. Brown served on many international and national panels and reports related to climate change, land use and forestry. She published more than 200 peer-reviewed publications in scientific journals and books. She served as a co-convening lead author for chapters in five UNFCCC IPCC Reports for which she received a diploma recognizing her contribution to the winning of the 2007 Nobel Peace Prize.